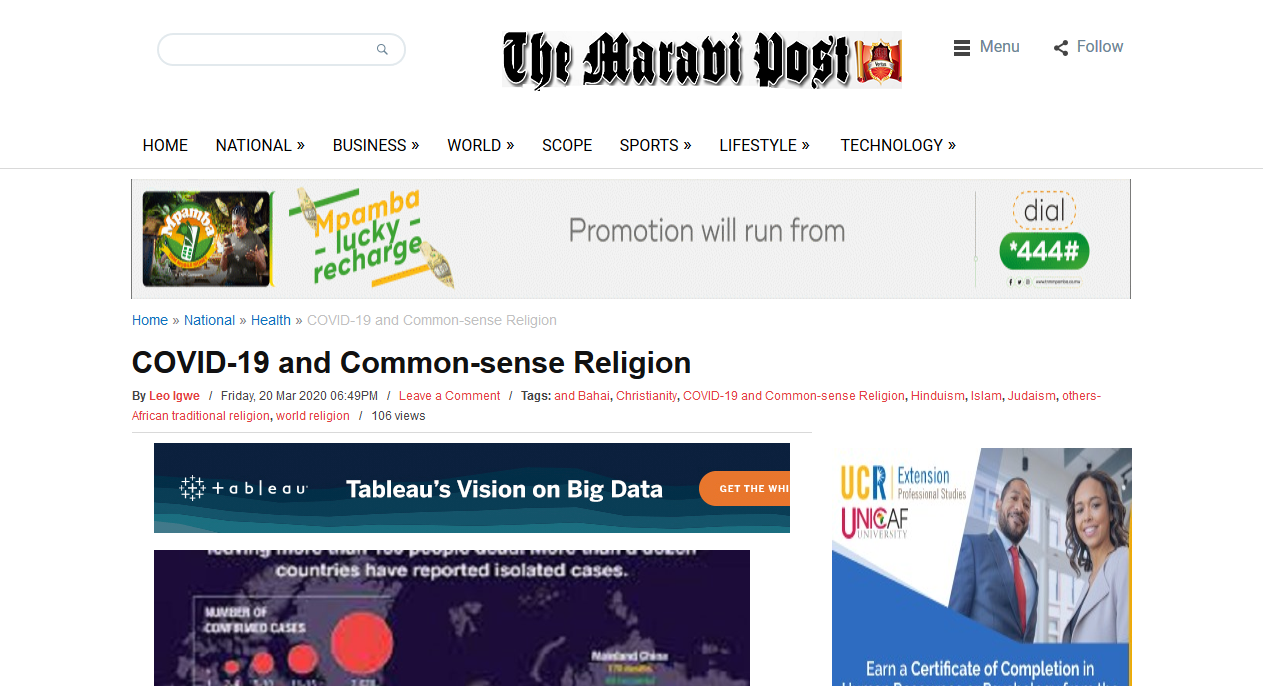 Leo Igwe, writing for the Maravi Post, out of Malawi, in the heart of Africa, has writen an extremely insightful editorial on the world response to COVID-19, entitle, COVID-19 and Common-sense Religion. The Maravi Post is named after an ancient kingdom which ruled all of Malawi and large sections of Tanzania and Mozambique.

In his editorial, Igwe points out that the response to the Wuhan Virus has taken on the dogmatism of a new world religion which demands that all other religions surrender, and stop claiming any authority to speak on human relations:

There is a new religion, a new world religion. This religion has suddenly taken over from various religions. This new religion is an umbrella religion that encapsulates others-African traditional religion, Hinduism, Judaism, Christianity, Islam, and Bahai. Even the non-religious outlooks subsists under its shade and cover.

The new religion has members of these religious faiths as followers and adherents. It includes all religious minutiae but to the extent that they accommodate and abide by the new injunctions. It is not a matter of choice for other religions and ideologies to align with the new religion.

I recommend you read his article in full at: https://www.maravipost.com/covid-19-and-common-sense-religion/

I also suggest you compare and contrast his editorial, with the Letter to the Editor from Scotland, which I received this evening. It is a good demonstration of how the Corona Hype Acceptance is a phenomena of western socialism.

Igwe has connected the dots and shown how those who back the One World Religion Initiative have reason to push the Corona Hype. It’s a brilliant observation.

4 thoughts on “COVID-19: the New World Religion demanding submission from all other religions”