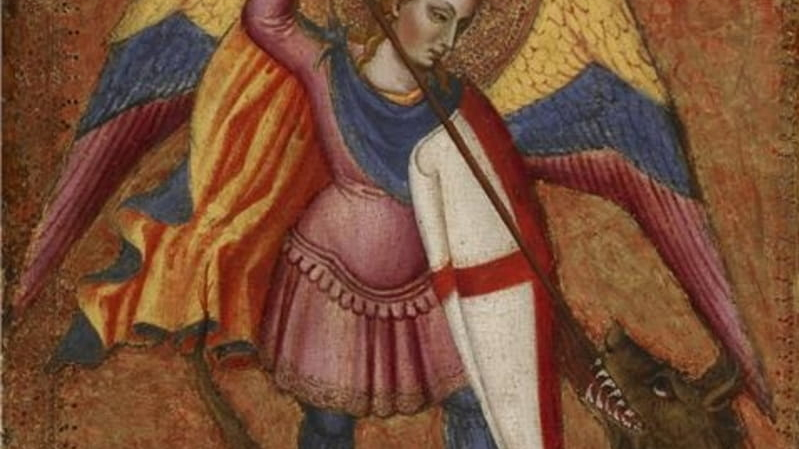 As a social phenomenon, the Corona Panic is following the same lines as the Coup d’etat of February 2013. And we can see, in each event and its consequences, how Satan used a big lie to weaponize Catholics against the Church. I think we can also look at the Second Vatican Council under the same light.

First comes the big lie, or deception. It consists in an error contrary to fact. Thus, it is not something which the theological virtue of Faith, Hope or Charity can immediately detect. It’s detection requires a strong habit of prudence, an established practice of being informed, and an acute sense of discernment, qualities which are rare by themselves and even more rare in combination.

The first big lie was that if the Church needs to alter Her way of doing (ministerium) to accommodate modern times, this will make more effective the execution of Her office (munus) of sanctification.

The third big lie is that the Coronvirus is 34 times more lethal than the common winter flu.

Initial Reactions to the Big Lies

For this reason, these lies were accepted. And by being accepted as first principles of every thought which would regard those events, they because the false history, the fake news, the false premise which formed the mind of those who accepted them.

Most people can never see that they are deceived until they become totally convinced that the lie they accepted is harmful to themselves. And thus years can pass, decades even, until one day they reconsider what happened to them and reflect on the change in narrative they unwittingly accepted.

Just as those who accepted Satan’s claim to be like unto God, were led into servitude to that lie and became demons of deception, so those who accept big lies are constrained by the logic of accepting them as truth, to become servants of the lie.

When you doubt the big lie, then, watch out!

Because those who accept it at truth, will now use all the zeal they had to defend truth, against you, because by accepting the lie as truth they just your questioning of the lie as an attack on truth.

In each of these three events, we can see what happened.

Catholics who said, “No, the way the Church has saved souls for 1960 years was inspired by God, it was  not an accident of history, therefore it cannot be changed without endangering souls and destroying the work of the Church to save them”, were labeled as integralists, traditionalists, dinosaurs, old-fashioned, backwards, schismatic, disobedience, stubborn, thick headed, even heretical. Not in union with the pope!

Catholics who said, “No, according to the norm of law of the Code of Canon Law of 1983, to renounce the papal office you need to renounce the munus (canon 332 §2), therefore Pope Benedict XV is still the pope”, where immediately attacked as nuts, loonies, addicted to their own judgement, stubborn, false apostles, self deceived, ugly, crazy, psychiatric, bigots, schismatics, and even heretics. Not in union with the pope!

Catholics who said, “No the statistical evidence being gathered everywhere shows that this virus is not even as lethal as the common winter flu and that therefore there is no scientific justification for the shutting down of Churches and the denial of the Sacraments to the faithful”, are now being called selfish, corona deniers, dangerous, unscientific, murderous, uncharitable, loony, mad.  Not in union with the pope!

The End game of Satan’s Big Lies is mass possession

However, when lies fail, Satan weaponizes emotions to attack his enemies. We see that in recent days with the unrelenting emotional but absurdly irrational attacks of Trad Inc. against all who doubt the Corona Hype.

Even in the last seven years, if you have yes, you can see how so many Catholics have fallen from the truth faith or from right morals because they follow Bergoglio as the pope. The effect of the downfall of the communion of saints is causing a massive deprivation of grace because the prayers of so many now are fruitless being founded upon lies.

The end game of Satan is mass possession of all the souls alive on Earth. He desires this so as to achieve in his eyes, as it were, the greatest possible mockery of God. He literally does not dive a damn about you, he only wants to weaponize you in his war against God. Saint Maximilian Kolbe warned us of this. That is why he urged everyone to consecrate themselves to the Immaculate Virgin and pray the Rosary daily, but above all strive to be pure and sinless as She was, through mortification, charity and worthy confession and communion.

Jesus wants us to be faithful to the truth

Jesus Christ, being God Himself, Who is Truth Himself, wants and cannot not want that we be faithful to every truth. Truth is the adequation of the mind to the reality in which we live, not to conform our minds to the reality by denying other truths, but by recognizing the reality for what it is.

These three big lies have to be recognized as lies, before we can extricate ourselves and the Church and the world from all the errors and injustice which flowed, flows or will flow from them.

And this mission to oppose these 3 Big Lies is the vocation of every Catholic today who wants to get to Heaven and has the grace of God to see them for what they are. We must be apostles of truth to a dark and darkening world.

We have to love our neighbors so much, that we risk losing some of them as friends, so as to save some of them in the truth.  We have to be prepared to walk the Stations of the Cross with few or no friends and be crucified in the end, if necessary, to give witness to the truth.

But we also need to remember what Our Lord said, about not throwing pearls of truth to the swine who hate the truth.

And at the same time, we must keep in mind, that Satan is not done with his work of deception. We can expect more Big Lies, and more frequently until they become like waves, reducing the number of those saved, ultimately to such a very few, that Our Lord returns in might and power to destroy this world of liars and lovers of lies.

In the meantime, let us pray to and imitate Saint Michael the Archangel, whose own name, Michael — which means Who is like unto God? — shows us how completely he dedicated his entire being and identity to opposing the first ever Big Lie. Armed by devotion to him (see my PDF on this), let us be confident that either in this world or in the next, we shall have victory.