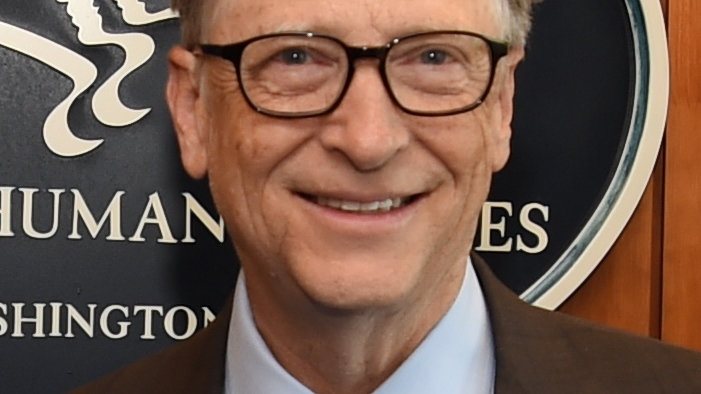 Links as in the original

For some, the arrival of a mysterious new deadly new virus from the coronavirus family was not at all unexpected.

Eric Toner, a scientist at the John Hopkins Center for Health Security, had in fact developed a study as early as 3 months ago where it was expected the spread of this type of virus on a large scale.

The simulation developed by Toner for the World Economic Forum and the Bill and Melinda Gates Foundation has impressive similarities with what is happening today.

In the study of the American scientist, the coronavirus, called CAPS, does not spread from China to the rest of the world, but rather from Brazil and then spread to all the major urban centers of Latin America.

The characteristics of CAPS are almost identical to those of its Chinese relative. Both are transmitted from animal to man and then mutate later and spread from man to man.

In the case examined by Toner, the infection is contracted by pigs while in the case of Wuhan it is thought a probable contagion originated by snakes or bats.

CAPS gives the same symptoms as the Chinese virus. At the beginning there are respiratory problems and cold, symptoms almost identical to those of the flu and rather difficult to recognize. The Brazilian virus then spreads more and more and begins to claim victims all over Latin America.

The mortality rate of the Brazilian CAPS is quite high enough to lead to the death of 65 million people within 18 months.

To date, the mysterious Wuhan coronavirus has killed 41 people and the first cases of contagion have already been recorded in France, Japan, Saudi Arabia and the United States.

Neil Ferguson, a virologist at Imperial College, London, said that the Chinese virus could have the same mortality rate as the Spanish flu and consequently lead to the deaths of 195 million people.

Despite the fact that cases are beginning to appear all over the world, health organisations have not yet defined the current situation as a pandemic.

However, it is rather odd how the great think-tanks and globalist foundations have taken an interest in the spread of the coronavirus family.

The world economic forum that contributed to the implementation of the simulation in question is in fact considered to be the elite of the world financial elite that have recently met at their usual annual meeting in Davos, Switzerland.

In other words, man should choose his own extinction in favor of the alleged protection of the ecosystem.

Basically, the real goal of this movement would not seem to be so much to save the environment as to reduce the Earth’s population.

A thesis that does not seem at all to displease the globalist elite of Davos who seem to show a keen interest in deadly viruses capable of achieving this goal.

Bill Clinton’s foundation, on the other hand, has long been at the forefront of vaccines and has invested considerable sums of money in their dissemination.

It was Bill Gates himself at the Davos forum in 2019 who explained how he made huge profits from this activity.

The U.S. entrepreneur’s foundation has invested about $10 billion in the spread of vaccines, which has guaranteed him an economic return of 20 to 1, which means the huge sum of $200 billion.

The interest shown by the large multinationals for the diffusion of vaccines does not seem to be linked only to philanthropic purposes, but especially to those of a speculative nature.

The coincidence is that the same centers of global economic power interested in having increasing profits from vaccines have collaborated in a study that actually predicted the spread of the coronavirus already in October last year.

Scientists rushed to say that a vaccine could be ready in three months’ time.

It should come as no surprise, therefore, that the father of Microsoft will be investing in the production of this future vaccine, and he has made a huge profit from this activity.

But the Toner simulation is not limited to examining the effects of the coronavirus on human health. It also takes into account the consequences on the financial markets. Such a pandemic would lead to a market crash, estimated at 20 to 40%, and a vertical fall in world GDP of 11%.

Knowing in advance what could happen in such a situation could prove to be extremely advantageous for financial speculators who could place numerous downside bets on market performance.

The Hong Kong stock exchange fell 2.8% after the spread of the Chinese virus due to the mass cancellation of flights and reservations.

According to the American virologist, this should not come as a surprise as “we live in an age of epidemics”.

Apparently, in this era the great elites seem to be perfectly aware of what could happen with this type of epidemics and they also seem to be the first to benefit the most from them.

CREDITS: The Featured Image of Bill Gates is a public domain image taken during his visit to the Dept. of Health and Human Services by a US govt. employee. The Logo of the Website of Cesare Sacchetti is used here to promote his work, La Cruna dell’Ago, which in English means, The Eye of the Needle. If you like his work, please visit his website and support him.

EDITOR’S NOTE:  Cesare Sacchetti recommended to me this article by his in English, on the technology which is being rolled out to monitor the vaccination of each individual:

6 thoughts on “Bill Gates knew of the Coronavirus pandemic beforehand”