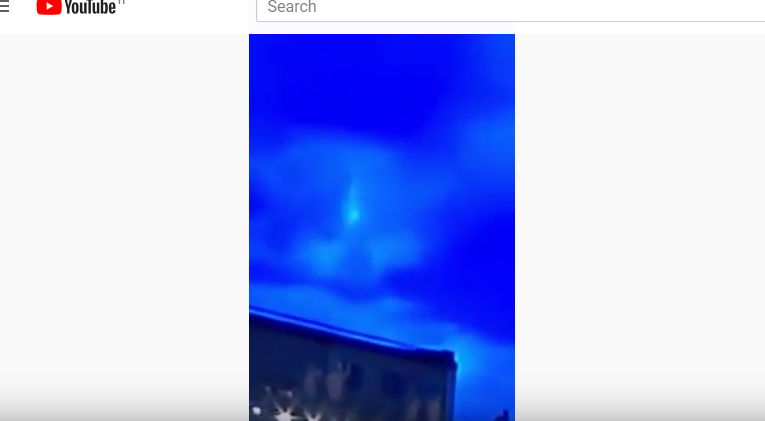 There are some blasphemies and errors so great that they merit a divine intervention to refute them. Yesterday, at the Vatican was just one such case.

As Jorge Mario Bergoglio read his discourse, Urbi et Orbi, to a world reeling in the Corona panic, he said the following (full text at Vatican News):

Wake up, Lord! Why do you all fear? Do you not yet have faith? Lord, you make an appeal to us, an appeal to faith. Which is not so much to believe that You exist, but to come to You and trust ourselves to You.

The Catholic Faith, contrariwise, teaches that supernatural faith in God consists, first of all, as Saint Paul says in his Letter to the Hebrews, chapter 11, verse 6:

But without faith it is impossible to please God. For he that cometh to God must believe that he is: and is a rewarder to them that seek him.

In response to this blasphemy, Our Lady of Fatima seems to have momentarily appeared in the clouds above the Vatican:

This video was shared with FromRome.Info via Whatsapp. The video was recorded by cellphone from a TV broadcast by Vatican News of the Urbi and Orbi ceremony. But I have uploaded it to From Rome Info Video’s channel on YouTube to make it known to the whole world.

About one our after the report you are currently reading at FromRome.Info, Il Giornale, one of the leading national newspapers in Italy, published their own report about this miracle.

The position of the apparition over the Vatican places it at the same angle on the compass as the direct route to the Holy House of Loreto, the home of Our Lady which was miraculously transported in the 13th century to Loreto, Italy, from Nazareth. It was in that house, that Our Lady received the message of the Archangel Gabriel, and said, “Let it be done to me, as you have said!”, thus inaugurating the Incarnation of the Son of God and the Salvation of the world. It is perhaps, for that reason, that She appeared over that part of the sky, as Bergoglio denied the fundamental obligation of faith, to believe that God exists.

This is not an isolated incident. On Wednesday, March 25, at 5 P.M., at San Carlos, in the province of Corrientes, Argentina, the image of Our Lady of Iquiti appeared in the clouds. You can read the story at the Daily Star, UK, here.  Our Lady of Iquiti is the Immaculate Virgin dressed in a style similar to Our Lady of Fatima.