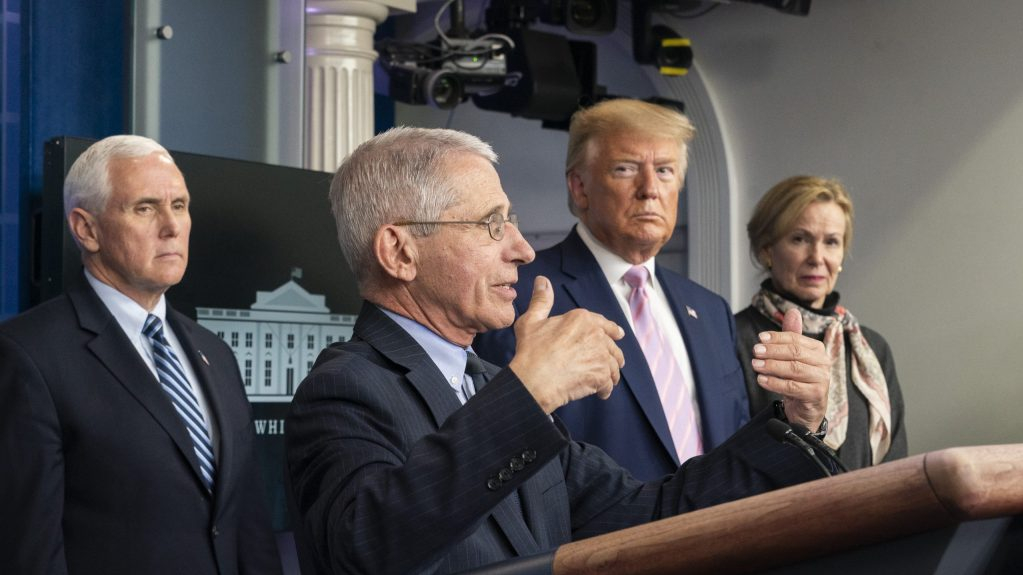 As David Kaftal demonstrated in his investigation, Bill Gates has his finger-prints all over the COVID-19 pandemic, from start to finish. And as I reported from my investigator’s notes on the COVID-19 outbreak, the first institution to sound the alarm has ties to Bill Gates. Even the winter flu vaccine which increases susceptibility to Coronavirus infections, and which was heavily used at Bergamo, the epicenter of the pandemic in Italy, is produced by a company with financial ties to Bill Gates.

Most outrageous of all, however, are Bill Gates recent comments that “mass events” may have to be suspended until a vaccine is ready, if ever.

Bill Gates’s wife, Melinda is a Catholic and he has raised his children as Catholics.

Seeing that Gate’s Foundation announced a plan for a world wide response to the next pandemic in 2010, I think time has come to ask if COVID-19 was released at Gates’ request following the failure of efforts to impeach Donald Trump.

So lets connect the dots.

In 2015, the Wuhan Institute of Virology announced that they had modified the SARS virus so that it could attack the tissues in the human lungs.

Then, Dr. Anthony Fauci, who has several ties to Bill Gates, said in 2017, that during the Presidency of Donald Trump, there will be a new outbreak. He was certain of it.

Then, there the interview with Bill Gates where he seems to admit that the knew of the COVID-19 threat to the U.S.A. before January of 2020.

And, as you may know, the key hearings on evidence to impeach Donald Trump where held on Nov. 20, 2019. It was on that day that Gordon Sondland testified in regard to the allegations of a quid pro quo with Ukraine over the investigation of Joe Biden’s son. That testimony was clearly insufficient to impeach the president, as numerous commentators affirmed that day and in the days following.

Any intelligent observer, then, would have realized that the impeachment efforts to remove Donald Trump would fail. That realization would have come at least by Nov. 20 and probably no later than Nov. 22.

We know now that it takes 5 days for the first symptoms of Coronavirus to show themselves, after one is infected.

But from published reports, we know that the first case of COVID-19 seems to have occurred in China on Nov. 27, 2019.  That was 5 days later!

But did Bill Gates want Trump Impeached so much that when it failed, he decided to have his allies at the Wuhan Institute release the Bio-Weapon and let it spread to the world?

Well, Meet the Billionaire Business man obsessed with impeaching Trump. It is not Bill Gates, it is Tom Steyer. As CNBC reports in that article. BUT, read to see who Steyer’s best friends are:

In 2010, Steyer signed The Giving Pledge, an initiative co-founded by billionaire buddies Warren Buffett and Bill Gates whereby billionaires publicly pledge to give away more than half of their wealth.

“Almost by accident — we’ve focused on good investing not making money — we currently have more assets than we could reasonably spend in our lifetime. Our original impetus for saving money revolved around wanting our kids to enjoy the same educational opportunities that we had, so that they could succeed on their own terms, assuming that they worked hard,” Steyer and his wife, Kat Taylor, wrote when they took the pledge.

But 2010 is when Bill Gates attended the Bilderberg Meeting. It was also the year he launched his global Vaccine initiative, which included the WHO and Dr. Fauci.

“Almost by accident”, don’t you just love those words….

Is that how COVID-19 got released too? Almost by accident?

So I think we can reasonably assume that Bill Gates and company were and are committed to removing Donald Trump or at least in destroying the world in an attempt to do it. And that the release of COVID-19 may have been timed for that purpose.

CREDITS: The Featured Image is an official photograph of the White House, which curiously places Donald Trump between the menacing hands of Dr. Fauci.

5 thoughts on “Was COVID-19 released as 2nd Attack on Donald Trump?”