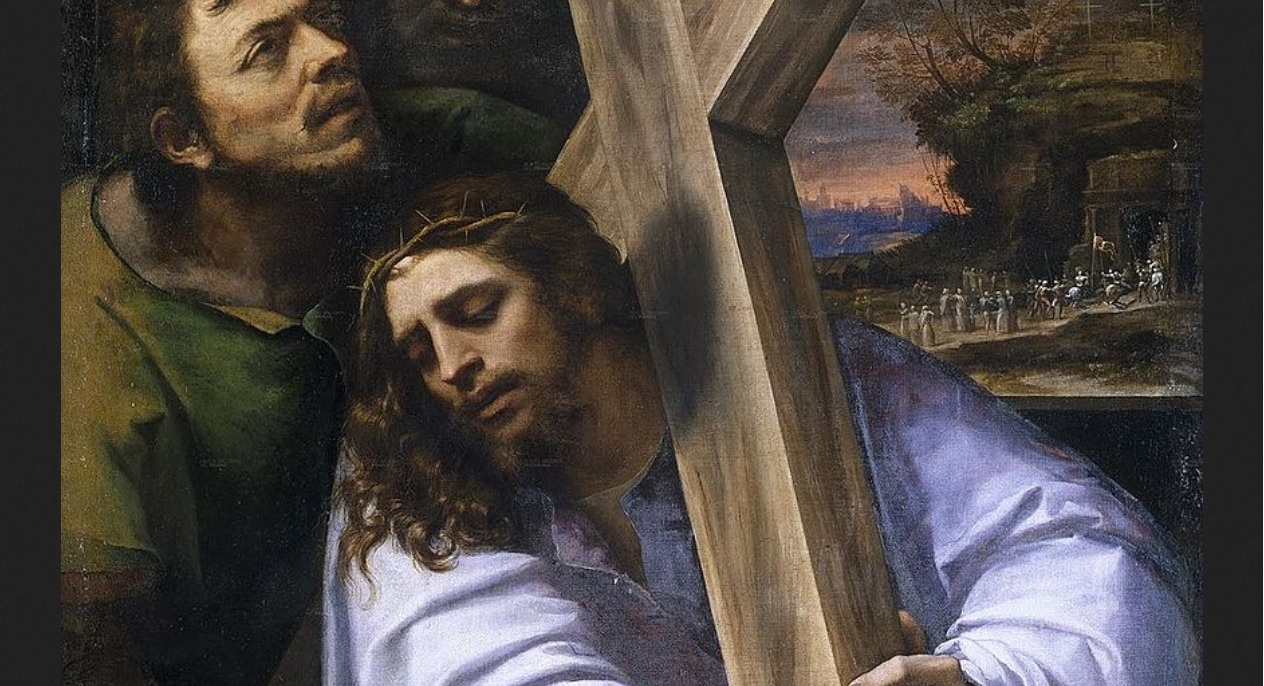 A Meditation for Good Friday morning

Right now, Our Lord, who was illegally seized and arrested by the guards of the Temple, under direct orders of the High Priests, is standing before Pilate. He was unceremoniously trotted before the Sanhedrin and sacrilegiously struck by the High Priest, falsely accused by paid perjurers and condemned by a vote of all but a few, among them Joseph of Arimathea.

Then, the High priests, who did not have the authority to put Jesus of Nazareth to death, sought someone to do it for them. The persecution of the Church was begun by the chief religious authorities of the Jews. They wanted this Man who claimed to be God, and proved it by numerous miracles, the most outrageous of which, to the High Priests, was the resurrection of Lazarus in a village near Jerusalem: they wanted this Man dead, by any means possible.

So they brought him before Pontius Pilate, the Roman Procurator of Judea.

Pilate, being an astute, man, could see that he was being played. But the High Priests were not offering him anything in return, and his wife, warned in a dream, was counseling him to release Jesus. So He sent him away, when he heard Jesus was from Nazareth, in Galilee, telling the High Priests to show him to Herod, who was tetrarch over Galilee. It was a clever move of a calculating man with still some shred of decency.

But Herod, a notorious sodomite, wanted to see signs and wonders and Jesus would not even dignify him with a spoken word, so Jesus was sent back to Pilate, and there the High Priests cannived to get Him convicted, saying falsely that Jesus was inciting dissent to Roman Rule and specifically to the collection of the Tax by the Emperor at Rome. If Pilate did not put Jesus to death, they would accuse Pilate of not being a amicus Caesaris, a friend of Ceasar. And since the current Roman Emperor, Tiberius, was putting to death anyone who he thought was not his friend, Pilate was clearly being check-mated.

So he had Jesus scourged and his soldiers crowned Jesus with thorns to mock this Jew.

But still Pilate resisted. He told the crowds assembled, there before the Praetorium, that it was the custom of Rome to release one prisoner condemned to death. Who would it be? He asked the crowds. Barrabbas! they shouted. Amazed, he responded: And what am I do with Jesus? Crucify Him! Crucify Him! they all shouted, and they sealed their demands with a most vile oath: May his blood be upon us and upon our children. These were the actual words of the Jews assembled there. Saint Matthew the Apostle, a Jew himself, records them in his Gospel. In other words, the crowds cursed themselves.

So Pilate ordered Jesus to be condemned to death, but symbolically washed his hands before the crowds, to show that this death was on them, not on him.

And thus, the Roman Soldiers fixed the Cross on Jesus shoulders. We know from the Shroud of Turin, that the Cross bar was tied to His shoulders in such a way that if he tried to run He would trip and fall.

No one spoke in Jesus’ favor. No one came to help Jesus, except one who was pressed into service.

As the Mystical Body of Christ, today, has been condemned by the wicked High Priests in the Vatican to be torn asunder from Jesus in the Sacraments, and to be arrested in their homes by the forces of the State, we all have reason to recall Christ’s Passion more vividly this year of Our Lord 2020. Let us walk with Him in our prayers and devotions and meditations this day!