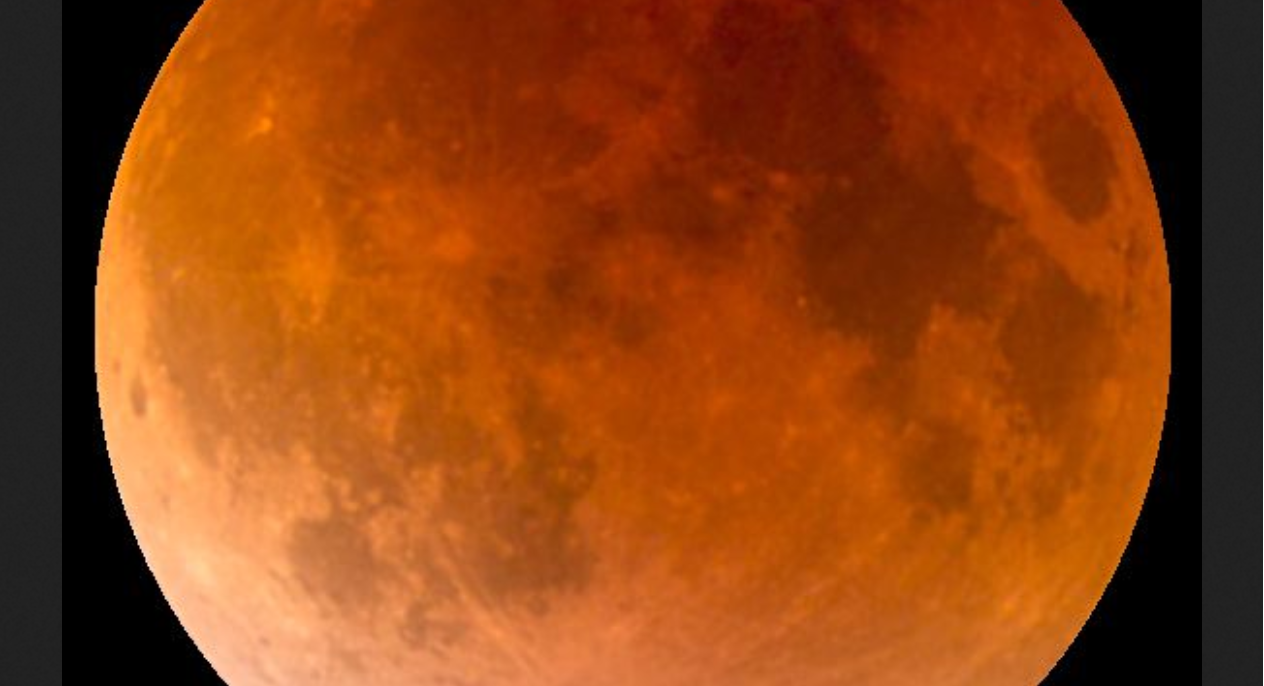 I was the witness of an terrible omen last night, shortly after Midnight. At about 12:30 A.M., as I left the piazza of Santa Maria Maggiore, I saw the waning moon rise, colored to the color of blood.

In the Book of Joel (2:31) and the Book of Revelations (6:12) the ominous sign of the end times is that the “moon will turn to blood”.  The precise meaning of this biblical phrase is uncertain. Saint Peter (Acts 2:20), on Pentecost Day, referred to the prophecy of Joel as being fulfilled by the Descent of the Holy Spirit. But the Fathers of the Church refer the passage in the Book of Revelations to the punishments which God will meet out to the Church of the Antichrist and his followers.

One Catholic explanation of why the Moon turning to blood is a sign of the Apocalypse is this: that just as the Moon turns red during a lunar eclipse, when it is blocked by the Earth from receiving the full light of the Sun, so when the Mediation of Our Lady — who is likened to Her Son, Jesus Christ, as the Moon is to the Sun — comes to an end (that is, is no longer able to withhold the heavy arm of God’s justice, as She warned at La Salette), the full wrath of the Divine Justice will burst upon this world, ushering in the events foretold by the Apostle Saint John in the Book of Revelations.

Astronomers generally consider the reference to the moon turning to blood as that to a Lunar Eclipse. I have used as the featured image, above, just such a photograph, taken by Alfredo Garcia, Jr. on Sept. 27, 2015. I tried to take a photograph, but the camera I had in hand could not resolve the color or size of the moon well enough to to make it worthy.

The only thing is, according to astronomers THERE WAS NO LUNAR ECLIPSE on April 12, 2020! As you can see from this link, the total lunar eclipses for 2020 A. D., are January 10-11 and June 5-6. There will be prenumbal  or partial lunar eclipses on July 4-5 and November 29-30. So astronomically, what I saw was impossible.*

The skies at Rome today and yesterday were both clear, and there are no wild fires burning to the East of Rome, so meteorologically it is hard to explain. See a discussion of the colors of the Moon, here. I did not see a yellow moon, I saw a very deep orange.

However, divine omens do not require a miraculous intervention. They can have natural explanations. What makes them omens of God’s indignation is that they occur at precise moments in human history or in the Liturgical calendar.

The fact that the Paschal Moon rose just after Midnight, over Rome, Italy, colored blood red, therefore, in my opinion, is a terrible sign of God’s Wrath. I think it is because the Vatican ordered Easter not to be celebrated this year with His faithful and because so many of the clergy, forgetting Jesus Christ completely, obeyed the Anti-pope Bergoglio.

Foot Note:  Over at Godlikeproductions there is someone who does not understand the word, “astronomical”. When I speak of astronomical impossibility in the above, I a referring to the impossibility of having a Lunar eclipse on April 12, 2020. The alteration of the color of the moon on account of atmospheric conditions is a meteorological phenomenon, not an astronomical one. I do not exclude the possibility of the later.