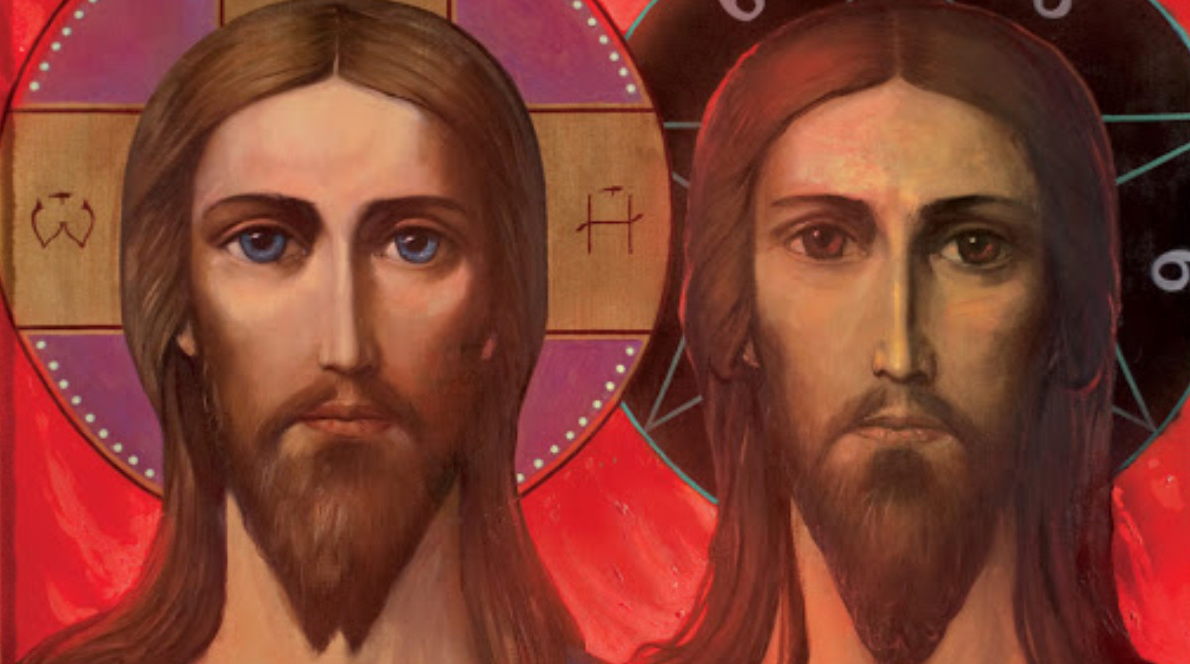 Since Rousseau there has been promoted in the West a very pernicious error, which has long ago spread to the entire world, namely that we are born just and innocent and good.

The truth rather is found only in the Catholic Faith — capital, F, here to indicate the doctrines of the Holy Roman Church — which make the proper distinctions, distinctions which every man needs to know if he is to save his soul and arrive at eternal life.

But moral goodness is a measure of the quality of the will in a rational creature in that will’s conformity to willing what is good, and not just what appears to be good, but what is truly good. Thus we speak of some men who are good and some who are evil, because we speak of how their wills are aligned to good or evil. This regards the moral order.

So Rousseau is correct when speaking of the natural order, and of the moral order of the human person in the womb, or before the use of reason, because not only is a man good according to his nature, form, being and existence, his will is naturally inclined to seek the good.

However, Rousseau is wrong because he denies the spiritual order.

This is because, on account of the sin of Adam, our race was cast down into subjection to the Father of Lies, Lucifer, the great deceiver, when Adam listened to his deceived wife, Eve, and spurned the will of God and the punishments which God had decreed for the violation of His precept regarding the Tree of the Knowledge of Good and Evil.

According to the Saints, this was a real Tree, but it also represented a concrete test of Adam and Evil in the spiritual order. By choosing to follow the counsel of Satan, they rejected the supernatural order of grace, in which God had created them, and chose the infernal order of damnation to which the Devil seduced them.

From that point onward, all human beings have been conceived into this same spiritual state. In the Catholic Faith, we call this the state of Original Sin. Here the word, “state”, means status, not a nation.

But few of us consider how horrible this truth is, namely, that we are conceived into Hell, that is, conceived in Original Sin, and into subjection to all the demons of Hell.

This state is not one of possession, because we retain the natural liberty of free will and the natural capacity to exercise that will at all times. (A possessed person retains the former, but not the latter at all times).

We Catholics too often dismiss this horror and horrible state by a misunderstanding of the effects of Baptism. Because we do rightly to rush our newborns to the Font of Salvation and have them delivered by the grace of the Sacrament of Baptism (which in the Old Rite rightly includes several exorcisms) and freed from the stain of Original Sin, justified by Sanctifying Grace and infused with all the theological and moral virtues.

And this motivation and faith is good and true, because there is no hope for man apart from Baptism into Jesus Christ, that is into His Mystical Body, the Catholic Church.

However, there is nearly always forgotten in modern times, that Baptism sanctifies the soul and restores the spiritual order in it, BUT IT DOES  NOT alter the human body, which remains, on account of its conception in original sin, disposed to return to the slavery of the devil.

The grave failure in modern times to attend to this truth of the human body has led to countless horrors, sins and abominations.

This truth of the de facto subjection of the human body to the empire of the devil means, that in its quasi-natural tendencies, our flesh will always incline to sin, vice and disorder.

The Saints teach us this, because they were such examples of fasting, mortification, penances, patience and heroic self punishments. Though they were very holy in soul, they nevertheless did not ignore that their flesh was corrupted in its very conception and that to live in accord with God’s Will it was absolutely necessary that they not only subject it to God’s teaching but that they discipline it, and refuse to follow its inclinations.

This is something we need to remember when judging ourselves.

Rather, we should presume the contrary, have a great circumspection about ourselves.

Even the pagan philosopher, Aristotle, realized this, when he wrote that nearly no man is able to think properly until he is at least 50 years of age, on account of the force of the disordered affections which subject men to the vices of lust, avarice and the desire for power.

The same is true for us as Catholics, though we are baptized, and even when we are in the state of grace. Because the state of grace is no guarantee that our first movements are not disordered.  It is a force that they be properly ordered, but unless we live the life of grace by acts of faith, hope, charity, and mortification and self discipline, these first movements might be quite otherwise.  Only in the great Saints, who were so faithful, that God granted them to pass through a special kind of spiritual purgation, can we say their first inclinations were always spiritually good or at least not evil.

So to sum up, remember that your were conceived into Hell, redeemed by Christ in Baptism, but that your flesh remains inclined to return to the slavery of the Devil, and that, so long as you live, you need to fight against its inclinations to evil.

With this knowledge, discerning the spirit of Christ and the Spirit of the Antichrist is easy:

Christ says: Deny yourself, take up your Cross, and follow Me.

The AntiChrist says:  Affirm yourself, be free, and do as you will.

CREDITS: The Featured Image above is a detail of the very theologically accurate painting of Christ & the Antichrist, by Ilya Glazunov. Though that link you can visit his website and acquire copies of his artistic work. He lives in Russia. This image is used as a free advertisement of his work.

2 thoughts on “Christ or AntiChrist: Who is the Master of your soul?”