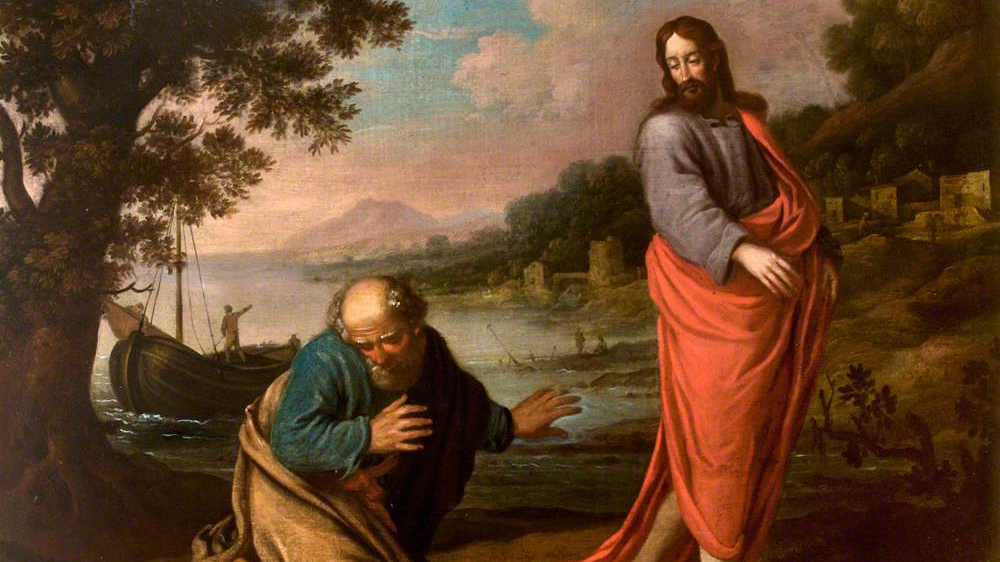 Christ Jesus, the Eternal Son of God and the Most Perfect and Holiest of men enjoyed the Beatific Vision of God, in His human soul, from the instant of his conception.

For that reason, He knew the entire actual future of the world until the end of time. And He reflected this knowledge in His teachings, even if often it was hidden in such a way as to become visible only when those times would come to pass.

It has ever been the faith of the Church that the words of Christ in the Gospels need to be understood: in reference to our own days.  For example, Saint Alphonsus dei Liguori says that Our Lord spent so much time condemning the scribes and pharasees of His own day, because He also knew that theologians and clergy of future ages would need to hear His corrections and reproofs.

The same is the case with the strange and uncatholic situation into which the Church has been cast by the Cardinals in February and Mary of 2013, in their wantonly indiscrete response to the Declaratio of Pope Benedict XVI.

Whatever they thought it meant and whatever Pope Benedict XVI told them in private it meant, the text which he read allowed, and which was published in Latin subsequently in a corrected version, does not fulfill the norm of canon 332 §2.

All the Cardinals at that time, but most especially those with doctorates in Canon Law like Brandmueller and Burke, chose to disrespect the Lord Jesus Christ by acting as they did. They chose to disrespect Him, because He declared and promised to Saint Peter in regard to Canon Law: Whatsoever you bind upon Earth, shall be bound also in Heaven.

So by this great sin against Jesus Christ they cast the Church into schism from Christ through schism from Pope Benedict XVI, by electing an Antipope, whose name deserves not to be mentioned.

Now that Peter Seewald by quoting Benedict XVI himself, has confirmed that Benedict INTENDED TO RETAIN the spiritual mandate of the papal office, it is undeniable that the Cardinals erred in how they acted, even if one can dispute still whether Benedict understood that even he could not intend to split the Papal office such that two persons can hold parts of it.

Our Lord warned us, however, even of this. Because after His great promise to Saint Peter, BUT BEFORE CONFERING THE OFFICE UPON HIM, He foretold His Passion and Death. And Simon, the man, who out of presumption began to exercise the Petrine Ministry, even though he had not received yet the Petrine Munus and Office, presumed to correct Jesus Christ, the Eternal Son of God, saying: God forbid such and such befall you, Lord!

To this presumption, Our Lord acted with the most severe rebuke recorded in the entire New Testament (Mark 8:33): a rebuke so cutting that it is used in the Rituals of Exorcisms:

Get back, Satan! because thou savorest not the things that are of God, but that are of men.

Seeing that Our Lord knew the whole future, I think we can know explain why Our Lord was so severe in His rebuke of Simon bar Jonahs, and to what His anger may have been principally directed.

CREDITS: The Featured Image above is a detail from Christ Rebuking Simon Peter, which is held in the National Trust, of unknown provenance, but attributed to the Flemish School, c. 1600 A. D..

2 thoughts on “Christ warned us against splitting the Papacy”