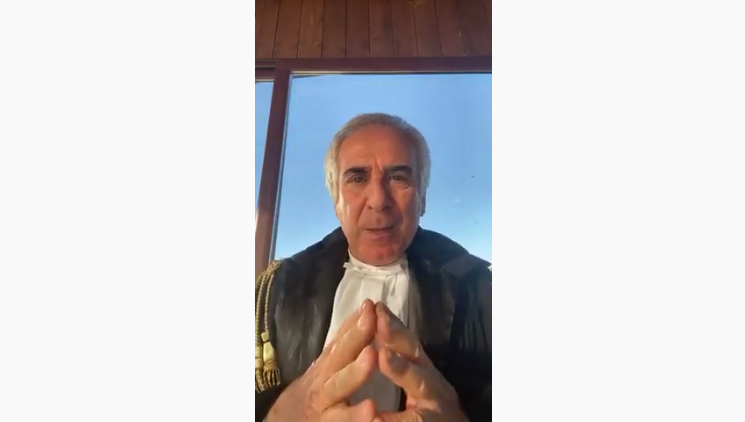 This is the video Attorney Edoardo Polacco attempted to publish on Facebook.

Facebook’s motive for action against the Attorney is not clear, but it appears to have been done at the request of the Government of Giuseppe Conte who is attempting to shut down all political opposition.

The other day in Parliament, when Sarah Cunial bitterly reproached Conte to his face for his lies, injustices, frauds and deceit, his eyes were filled with such a profound and vivid hatred, that I personally fear for the personal safety of the Parliamentarian.

From sight of that, I saw that this man, Conte, has, if not the talent, the will to become a dictator and suppress all liberty in the country. This blocking of Attorney Polacco’s simply explanatory discourse to his legal clients on how to file a legal complaint against the fines they received, is a gross violation of the principles of democracy and legal ethics, which Giuseppe Conte as an attorney is sworn in Italian Law to uphold, when he was admitted to the bar.

For that reason, I believe that Conte may very well be planning to establish a dictatorship, if he can just find enough support inside or outside of Italy to support him.

Alas, I suspect that China and the USA will support them: because they are both homelands of powerful men who want a complete tyranny.

In an related development, The Post & Email, an independent electronic journal published out of Connecticut, USA, was dumped from PayPal without notice after 10 years as a customer. They have exposed for more than 10 years the ineligibility of Barack Obama for office, but the recent move by PayPal might have to do with their recent report on the Deep State in the USA, which is pushing the police to issue illegal fines against citizens, the same topic upon which Attorney Polacco was censored on Facebook.