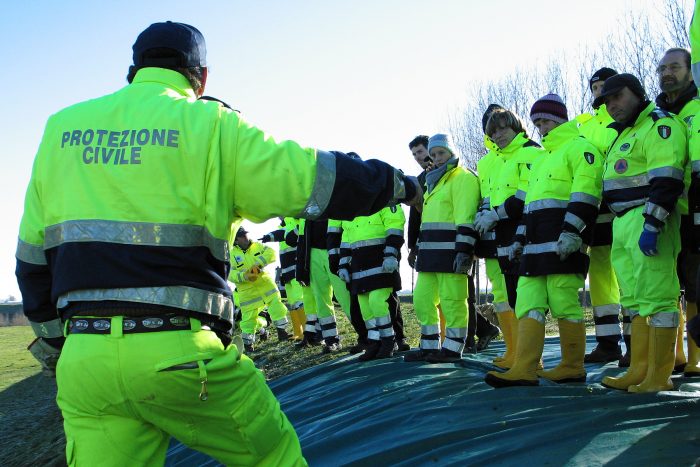 Italy is suffering a near complete economic collapse and incapacity to pay its bills, but the government of Giuseppe Conte is calling for the raising of 60,000 civic assistants — the equivalent of 12 legions of soldiers — to assist the Mayors of cities to hunt down those who have been in contact with someone who is COVID-19 positive.

As Raffaele Palermo says in the above video, this call for 60,000 volunteers — which I recognize as certain sort of imitation of Barrack Obama’s attempt to create a private police force loyal to himself — makes no sense, since the State of Emergency ends on July 31, 2020 and as it appears, the President of the Repubblic, Mattarella has no intention to sign off on any extension of it.

As was noted widely in the press yesterday, here in Italy, Google.com has already downloaded into all phones which run Android in Italy — without the permission of the owners or users — the fundamental programming to conduct contact tracing for Covid-19. This programming is hidden in the Google App and no notification of this change was given to users.

Though Google is claiming this alteration does not initiate contact tracing, because the Contact Tracing App needs to be downloaded, anyone who knows enough about programming knows that they can say anything on your cellphone screen, but the actual reality on the level of programming can be quite different.

Several experts on cellphones are recommending that Android users shut down Bluetooth and Geo-localization to prevent the gathering of such information by the Contact Tracing App.

Here in Italy the Government of Conte has already approved the Contact Tracing App for mandatory insertion in all cellphones.

So experts are advising to leave cellphones at home or office and never take them outside of home or office. Better to have one at home and an entirely different one at work.

The danger of Contact tracing is that it cannot be objectively confirmed. The Government can just as well put data on your phone claiming you have been in contact with someone infected, and on that basis, the Cellphone companies are required to give the police your location, and they will be obliged to arrest you and take you to a center where no one, not even your lawyer will be able to meet you in person.

After that what happens to you, only God and the Government knows.

It’s the perfect system to get rid of dissidents.

CREDITS: The Italian Civil Protection Service is considered one of the most ethical institutions in the Italian Republic. The Featured Image above is that of the Commune of Monterotondo. It is used in accord with fair use police for editorial commentary. Their politicization by the government is therefore an ominous sign of Giuseppe Conte’s desire to expand his power.