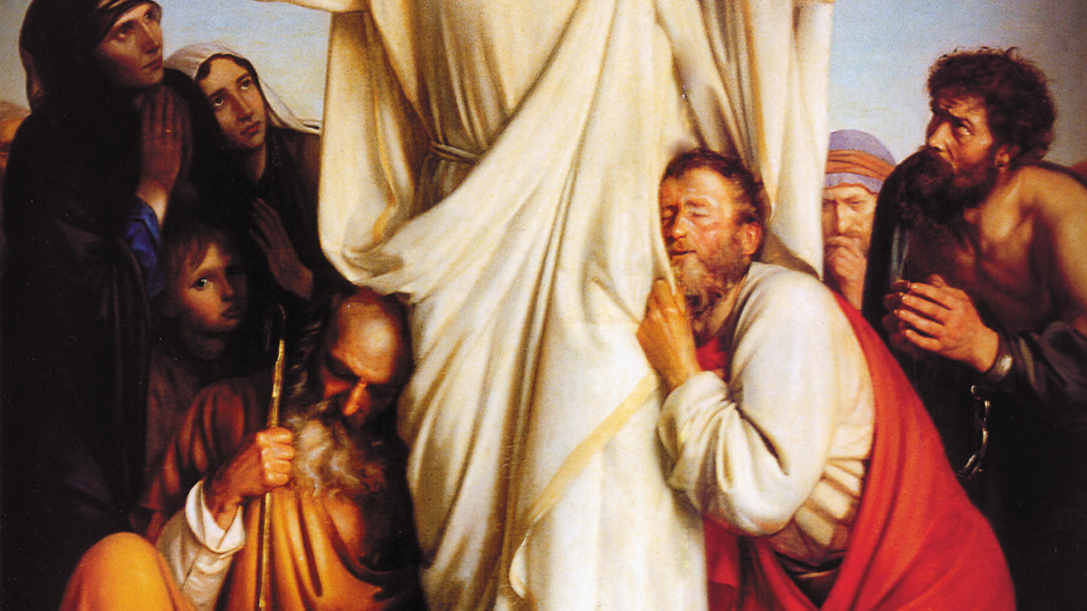 The entire concept and debate concerning the Virus Mass — the liturgy which conforms itself to the political doctrine that Coronavirus is so dangerous that all measures must be taken to prevent its spread — even though countries like Italy which claimed 30,000 deaths from Coronavirus have revised their numbers down to 195 — is ignoring the very central most reality of the Christian Faith.

Christ Jesus rose from the dead. And it was not the Resurrection which gave Him the power to raise others from the dead and cure them of every disease and ailment. He already had it as God, and as God Incarnate manifested it from the beginning of His public ministry.

How many thousands of Jews and pagans came to Jesus in His lifetime on Earth, to seek healing and to ask the greatest of all visible miracles: that He raise their loved ones from the dead?

How many thousands with their mere touch of Jesus, or His touch of them, were healed of their ailments, blindness, lameness etc.?

Those of us Catholics who know and worship this Jesus refuse in principle to participate in the Sacrilege of Sacrileges which is the Mass of the Virus. A satanic ritual which requires that a Catholic confess in actions that Jesus is inert, that Jesus cannot heal us, that the God of Life is not present in the Most Blessed Sacrament, that the Mass does not come from the Creator and Recreator of all things, that the Host is not the Flesh of the One Who can heal all with His touch, of the Risen One Who has forever proven His ability to do just that.

I for one will not got to a liturgy concocted out of the faith of the unbelieving Iscariots of our own age. I refuse even to enter such churches of apostasy and infidelity.

To those who attend such a mass, I believe Jesus declares: O Ye of little Faith! Because you come to Me without faith, you will merit to receive nothing from Me! And He will be angry at them, for their hardness of heart.

And I do believe that if this Mass of the Virus continues to be said, that God the Father will destroy all those responsible in eternal Hell Fire, if not also every city where such a liturgy of Hell is enacted, for to celebrate such a mass is to slap God in the Face.

And so I refuse utterly the Mass of the Virus. For I believe in the Jesus Who can and wants to heal all who touch Him. In the Jesus Who is God, the Risen One, the Lord of the living and the dead.

I do not believe in the Jesus of Modernists who is a myth and superstition. And I will not submit to the disbelief of the sons of this world.