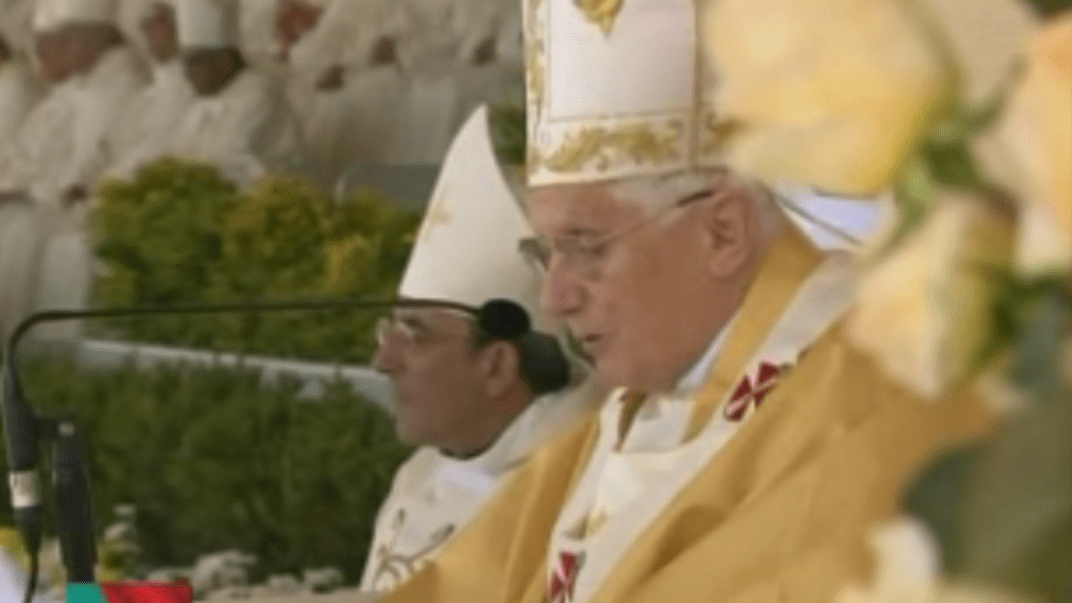 Listen on Radio at: https://www.blogtalkradio.com/ordo_militaris_radio_tv/2020/06/19/pope-benedict-xvi-in-germany

Pope Benedict was at the Mater Ecclesiae Monastery in the Vatican as usual on Wednesday [June 17], when he received a call from Regensburg shortly after 12 p.m. It was about his brother Georg (96). The news: the Domkapellmeister is doing poorly, very poorly.

The two brothers rarely see each other, but until now have spoken on the phone almost every day. Traveling has been too difficult for both of them for years. When the Pope found out about the deteriorating condition of his brother, who has been blind for years and was recently confined to his bed, he had to go very quickly.

First, Pope Francis (83) had to be asked for permission. Then the Bavarian State Chancellery and the Diocese of Regensburg were informed about the travel plans. The next morning the pope emeritus was already in a Lufthansa Airbus (LH 1867), departing from Rome at 9.45 a.m., arriving at Munich airport yesterday at 11.03 a.m.

Benedict XVI was received at the airport by the Bishop of Regensburg, Rudolf Voderholzer (60). Together they made the hour drive from the airport to Regensburg. In addition to his secretary, Archbishop Gänswein (63), there is a personal doctor, a bodyguard (Swiss guard), a nurse and a nun accompanying the former Pope. Benedict is allegedly heartbroken that in 1991, when Georg and Joseph’s sister Maria († 69) was dying, he did not make it to her deathbed in time. At that time he was head of the Congregation for the Doctrine of the Faith. “He was determined not to make the same mistake a second time,” say those close to him. And: “He will stay until his brother’s life comes to an end.” The former pope is housed in the Regensburg seminary at Bismarckplatz. There you can now see snipers on the roofs. In front of the building is a dark Mercedes SUV with masked elite police officers inside. Benedict could also have moved into a suite in the 4-star “Bischofshof” hotel (the hotel belongs to the diocese). But he did not want to, because the spartan seminary is just a few steps away from the Dominican Church – the place where the brothers used to celebrate Holy Mass together and pray before the image of the Schutzmantel (Sheltering-Cloak) Madonna.
From Bismarckplatz, Benedict now visits his brother several times a day at the St. Johann priest’s home in the nearby Luzengasse. A diocesan spokesman said to BILD: “We don’t know how long the retired pope will stay. As far as I know there is still no date for the return flight. The Pope is already 93 years old. You don’t even make a trip like that.”  It is being said in church circles in Regensburg that it is possible that Benedict XVI will stay in Regensburg after the death of his brother, so he can spend his retirement surrounded by old friends and acquaintances.

9 thoughts on “Latest on Pope Benedict XVI in Germany”