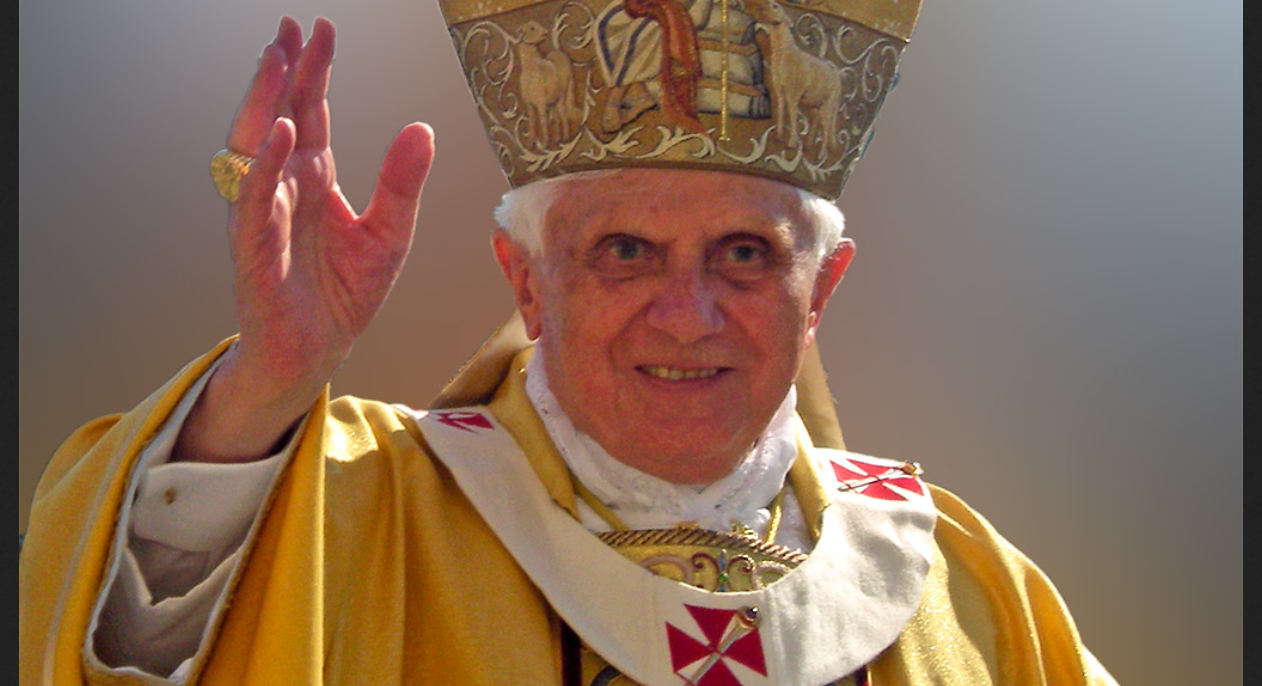 BREAKING:  It has been alleged by multiple sources that Pope Benedict XVI has been driven from the Vatican and placed under conditions which appear to be imprisonment and exile.*

The German press has been told that Pope Benedict will not be allowed to give interviews in written or video format.

The Bild has confirmed, not only that the Pope has no plans to return immediately to the Vatican, but has announced that he will NOT return to the Vatican again.

The presence of the Vice Commandant of the Vatican Police, at his side, is thus clearly to control the situation.

Sources in the Vatican say that the presence of the true Pope at the Vatican was considered a spiritual and moral obstacle to the ultimate revolutionary aims of Bergoglio: married clergy, gay marriage, women priests, Satanic worship incorporated into all the Masses in all the Catholic Churches round the world.

The revelations made in the Italian Press last week, via the articles of Andrea Cionci and the videos of Marco Cosmo (Decimo Toro) seem to have at last ripped the mask off the lies of the Vatican that the renunciation was valid.

As the controversialist interviewed by both of them in this holy work, I consider that the greatest achievement of my life. I ask, now, that ALL CHRISTENDOM RALLY AROUND POPE BENEDICT! Where Peter is, there is the Church!

* Exile was a punishment of the Roman legal system in which a citizen was excluded from the City of Rome for a determined number of years or for life. During an exile a person was not free, but under the guard of a jailor. Often the person was not allowed to leave a city or island.

42 thoughts on “Pope Benedict XVI has been exiled”