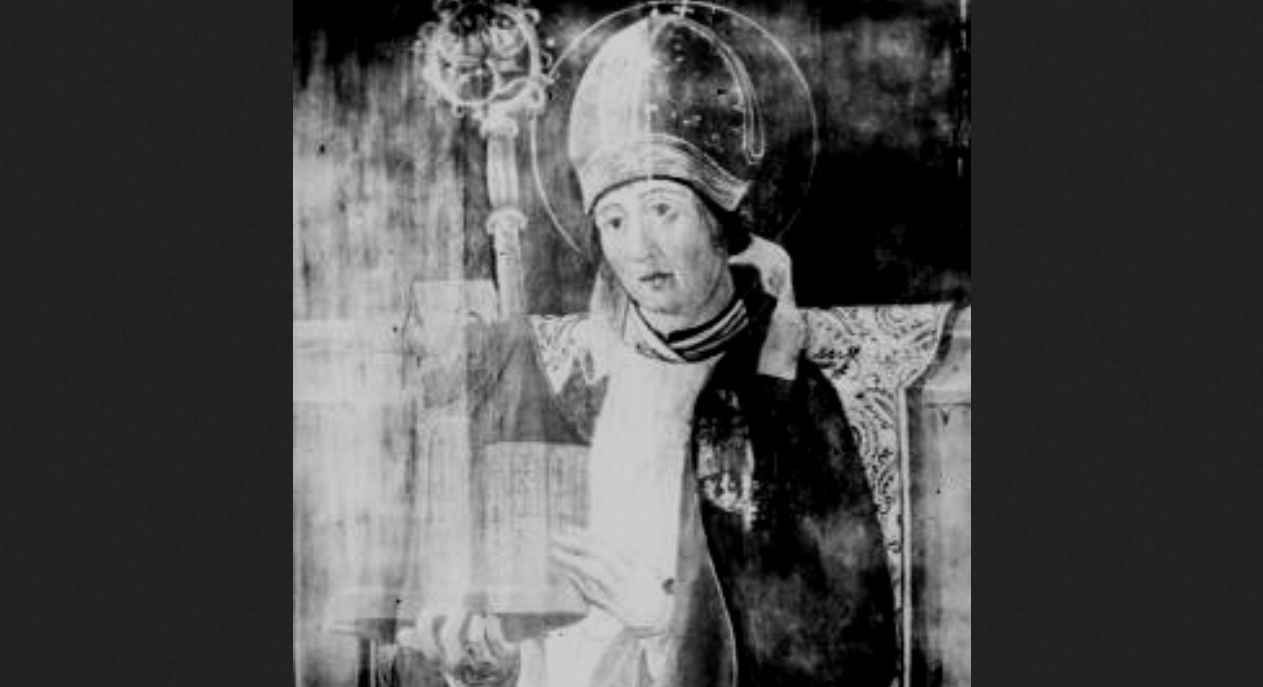 It has often been remarked that Pope Benedict XVI’s decision to renounce the petrine ministry had a lot to do with his devotion to Pope St. Celestine V, the hermit, who himself had renounced the papal office 7 centuries before.

Thus, I think we should take note, that before leaving Regensburg, the Holy Father took an occasion to pray before the tomb of St. Wolfgang.

But who is St. Wolfgan?  You can read his biography (here at Wikipedia, here at the Catholic Encyclopedia).

I will highlight things about the Saint which are similar or associated with Pope Benedict.

St. Wolfgang was a Benedictine monk, and Pope Benedict XVI has often remarked of his admiration for the Benedictine Order.

St. Wolfgang undertook the difficult mission to convert the Magyars, who invaded and ravaged western Europe in his own day. Pope Benedict XVI came to Regensburg at the beginning of his pontificate to address the conflict and relations between Christianity and Islam, a topic of more urgent importance due to the rising immigration of Muslims in Europe in his own day.

St. Wolfgang, as Bishop of Regensburg, fled to the wilderness to live as a hermit to avoid a political dispute. Pope Benedict XVI, opposed by the St. Gallen Mafia on all sides during his pontificate, renounced the petrine ministry to be free of the conflicts with the Cardinals boiling over with political disputes..

St. Wolfgang in hagiography is often depicted forcing a devil to help him build a Church. Pope Benedict XVI by his astute renunication of ministerium, not of munus, has caused the St. Gallen Mafia to reveal itself to the world, thus preparing the Faithful for the coming restoration of Christ’s Church on Earth.

St. Wolfgang of Regensburg, pray zealously with us for the Holy Father!

5 thoughts on “Pope Benedict XVI prays at tomb of St. Wolfgang of Regensburg, before departing”