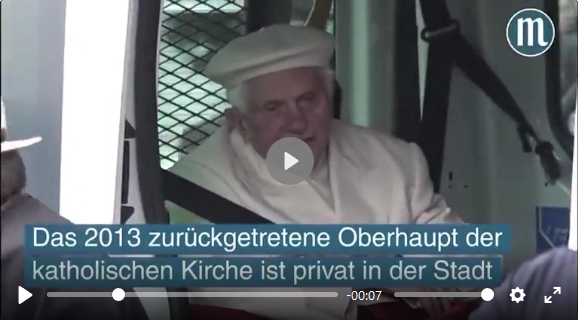 The press for the most part ignored the events by posting only repetitions of official press releases and images of the events. There was a complete absence of analysis. Don’t think about what you are seeing (Pope Benedict XVI recognized by all as a true Pope is), was the rule of the day.

Retired Pope Benedict XVI is back in the Vatican pic.twitter.com/ZG45zRgzYQ

To watch video, click the tweet above. This shows Pope Benedict XVI’s entourage arrive at the Cavallieri Gate on the S. Side of the Vatican. This video shows nothing, so its importance emphasizes the dignity of the person arriving.  The entourage goes very quickly, for those side streets. Quite dangerous in my opinion. What are they afraid of? It is not like Pope Benedict XVI enjoys the same awful reputation of Bergoglio. 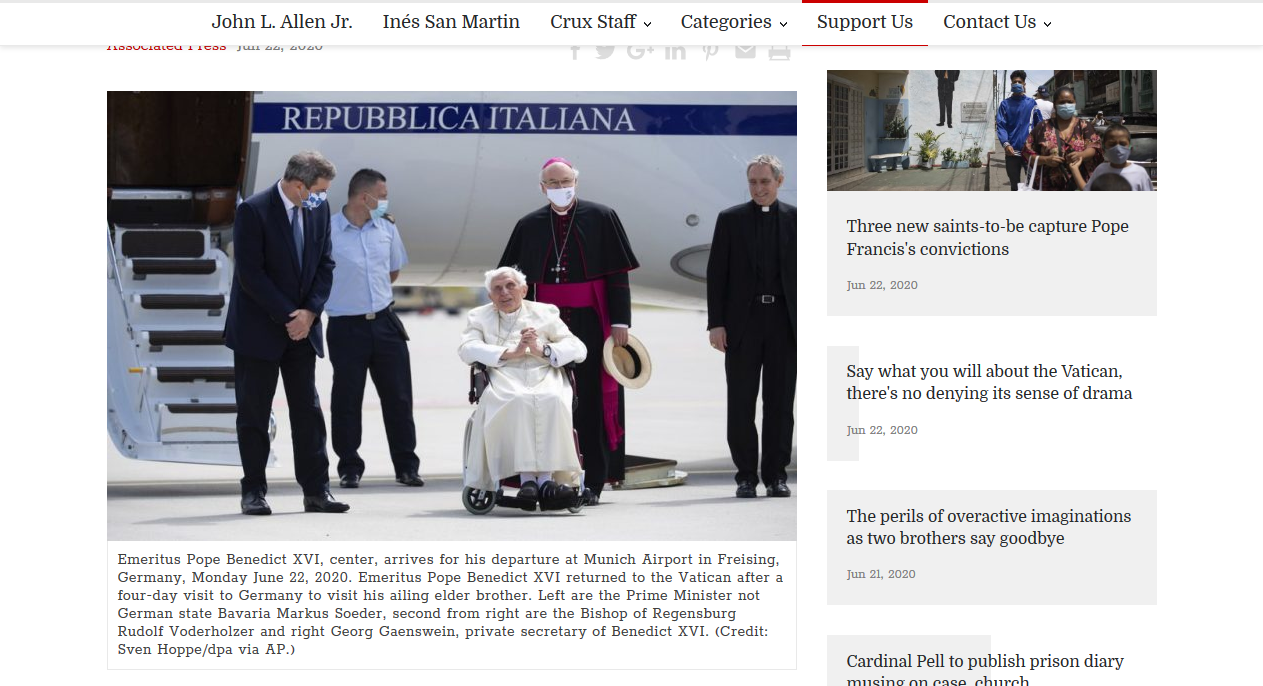 The photos in the report make it appear that the Pope is on some medicine to give him an exalted state of mind. Those around him make a public statement of submission to the Plandemic, of course, since they are Bergoglian allies and puppets. But the AP pretends it does not see this.

Gloria.TV had a short article bashing Bild’s coverage of the event, but along with a short video of him arriving at the Airport, it appears, in Munich. the Pope is sporting a white hat. Click image to read the report. This report says, that whereas they had strength enough to concelebrate mass on the Feast of the Sacred Heart, the Ratzinger brothers were too weak to embrace one another in their final farewell. Gloria.TV does not believe the Bild report. I agree that it contradicts the statement by the Diocese that they concelebrated, unless of course one or both were seated during the mass. ACI Stampa in Italy showed how the common people were flocking to see the Holy Father at Regensburg. Click image below to read their report in Italian. They say nothing as to why so many people wanted to meet Benedict. Nor do they report that the crowd hailed him as the Pope. 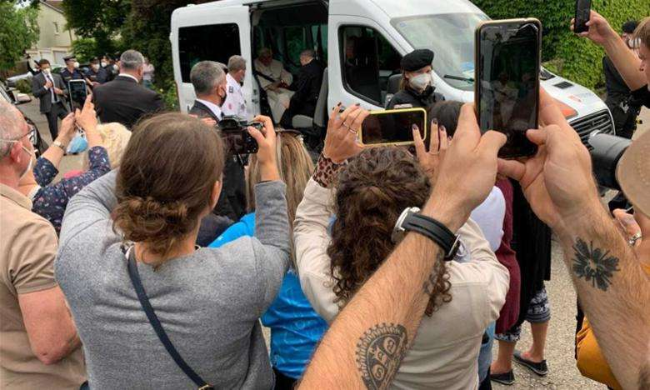 The summary of the international press can be stated briefly:  Nothing to see here folks, get back to submitting to the usurper’s mockery of your faith.