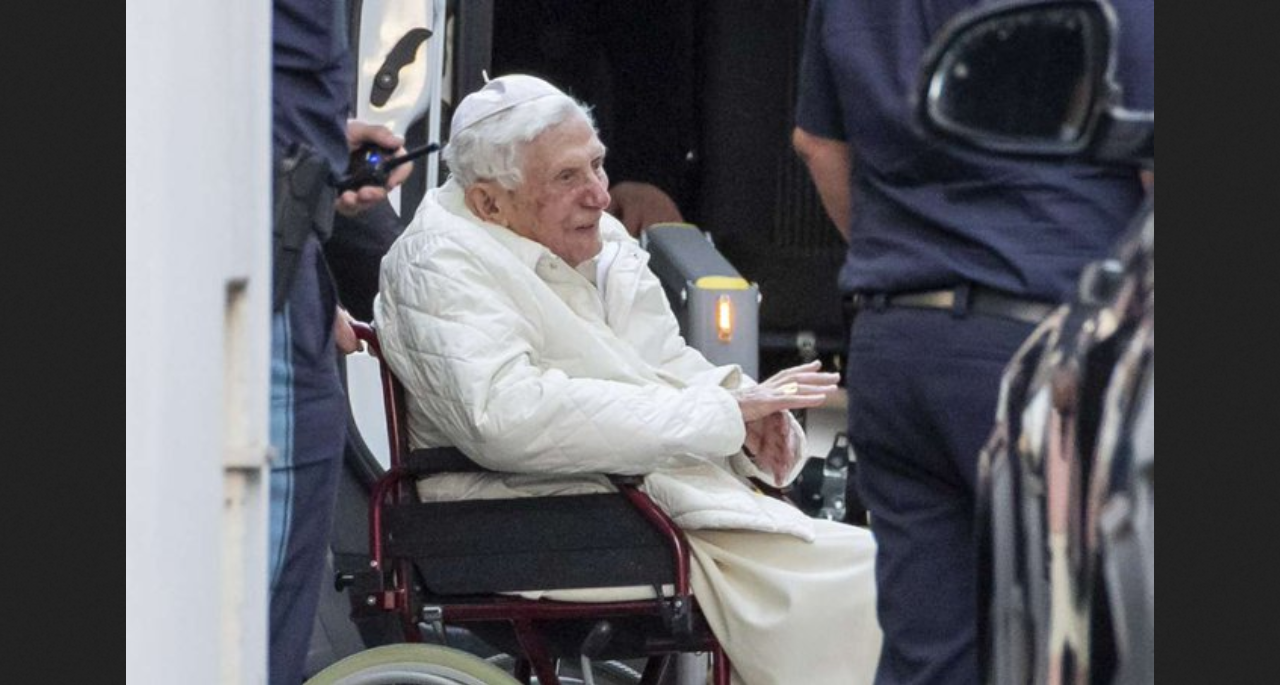 The news can be presented in three ways. Simply retell the facts, without commentary or analysis. Or, distort the facts to craft a narrative to control the masses. Finally, comment and analyze the facts to find out what is really going on.

My recent reports about Pope Benedict XV’s trip to Bavaria employed the first and third kinds of journalism, as the sources made available. But my reporting was attacked in part by those close to a Priestly Society which has recently been subject to a series of reports on Pedophilia by Church Militant (see here, here, and here).

As someone trained in Anthropology, I am not surprised. The pedo network is far more vast than we realize and they are experts and instrumentalizing everything for their agenda, even good and faithful Catholics who do not yet realize they are being controlled by their agents.

For this reason, we will never understand history and the news if we do not properly and accurately characterize events, however so much that characterization is objectionable to the elites which rule this world.

Former intelligence officers have told me that the elites which are currently in power are part of an international pedo cult. I have with great reluctance considered such a possibility, since it seemed to me so improbable that such a foul and often private sin, could be associated with international power networks.

But the evidence that this is the case, in regards to the forced Abdication and Imprisonment of Pope Benedict XVI, becomes more and more difficult to ignore.

I have written much about this imprisonment in several articles already, which I list here for those who are new readers of FromRome.Info.

But if we take a step back from the Church, and look at the motivations, then the key factor which keeps cropping up is Pope Benedict’s opposition to gay marriage and pedophilia.

From the launch in 2010 of the Main Stream Media attack to force Benedict’s resignation, as I reported today (CBS in 2010 asks for Benedict’s resignation), where they quoted a priest pushing gay marriage, as wanting Benedict gone, to those host of bizarre and perverse characters which have turned the Hotel of Santa Marta at the Vatican into a veritable bordello of sodomites and pedophile protectors (Bergoglio included: As he never revealed the list of victims for his diocese of Buenas Aires), to one of the first reports after Feb. 11 (Cardinal Arinze — Nothing to see here folks) produced by a journalist of the Catholic National Reporter, ardent advocate of the gay political agenda, the pedo allies’ fingerprints are on everything.

Pope Benedict XVI, we must remember, not only as Pope (see how he took action against them here and insisted they not be allowed into the priesthood here) but as the right hand man of Pope John Paul II warred against the politicization of sexual perversion (issuing several documents against this: against gay marriage and unions here, and how their sexual perversion must always be rejected, here).

The force with which they had wanted for a long time to remove Joseph Ratzinger from power and the decades long battle he fought against them resulted in the events of February 2013. Pope Benedict XVI’s very subtle but profound maneuver against them makes him appear to be quiet, and their practiced expertise in manipulating minds and persons has assisted them in the narrative control.  Occasional attacks against anyone, like myself, who start pointing fingers at their fake narrative, are only minor skirmishes in their Narrative control techniques. But for those with ears to hear, and eyes to see, Benedict speaks, and speaks, and speaks.

Benedict XVI has not surrendered nor ran from the wolves. He has ascended Calvary and with Our Lord is sharing in His Passion at the hands of high priests and scribes and pharisees, so as to obtain the resurrection of the Church and the new Pentecost of the Holy Spirit for Her renewal. For this reason, now more than ever, we must pray for Pope Benedict XVI and with Pope Benedict XVI, Christ’s true and faithful Vicar on Earth.