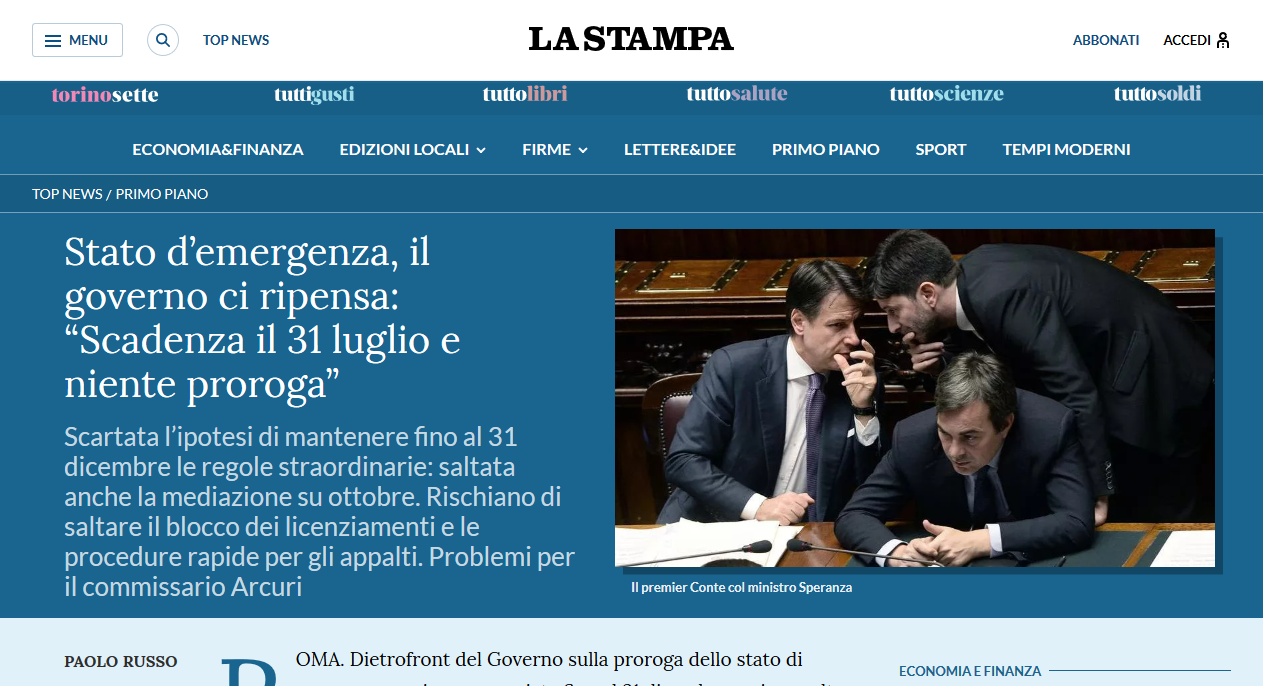 It has been reported just hours ago, by one of the leading Italian Newspapers, La Stampa, that the Ruling Coalition or Government of Italy, does not have the votes to put through a bill to extend the COVID-19 controls beyond July 31, 2020, and that they will therefore allow all controls to expire on that day.

Italians have begun to rejoice throughout Italy. And this news will certainly strongly influence governments world wide to follow suit.

Giuseppe Conte, the President of the Council of Ministers — or what we could call in English, the Prime Minister — upon his return from the Netherlands was confronted with the stark reality, that his razor thin margin of control in the Italian Senate was at risk if he pushed a bill for an extension. His government has previously proposed an extension up to December 31, then withdrew that and proposed one up until October 31. But even that could not satisfy sufficient members of the ruling parties.

Matteo Salvini of the Lega and Georgia Melloni of Fratelli Italia both had come out strongly against the extension.

The implications of this political failure are enormous. That means as of August 1, 2020 there will no longer be any obligation to wear the medical mask or to observe Corona Controls. All the decrees and laws passed about Corona will expire also on July 31, 2020.

Italy will be at last free!  And the political fall out means that by the fall, the government itself will most likely fall.