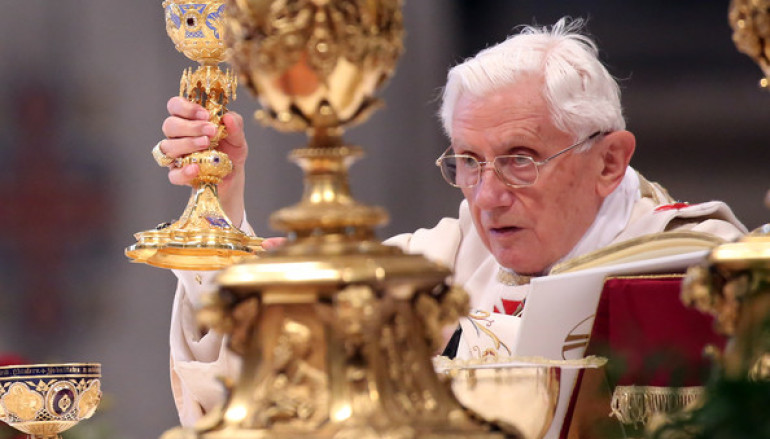 And if you have faith in the real, true, and substantial presence of Our Lord Jesus Christ, body, soul and Divinity in the Most Blessed Sacrament, then you have the key to know who is the true pope and who is a fraud an imposter.

And here is the key:

Just as the Host would not be consecrated if the priest said,

This is My athletic activity…

This is My Body…

So, Pope Benedict XVI does not give up the papacy if he says,

I renounce my doing of the papacy,

I renounce the office of the papacy.

Instead of what Canon Law in canon 332 §2 says he has to signify,

Now, some persons who think they are so bright that they can ignore this simply and irrefutable argument want you to fundamentally alter your religion, by denying that words have proper meanings. After 7 years you can see with your own eyes at Mass, if you still have the Mass, where that has led to.

Therefore, I exhort you: return to the rule contained in your faith in the Eucharist. Words do have meaning. And nothing happens if the wrong ones are used.