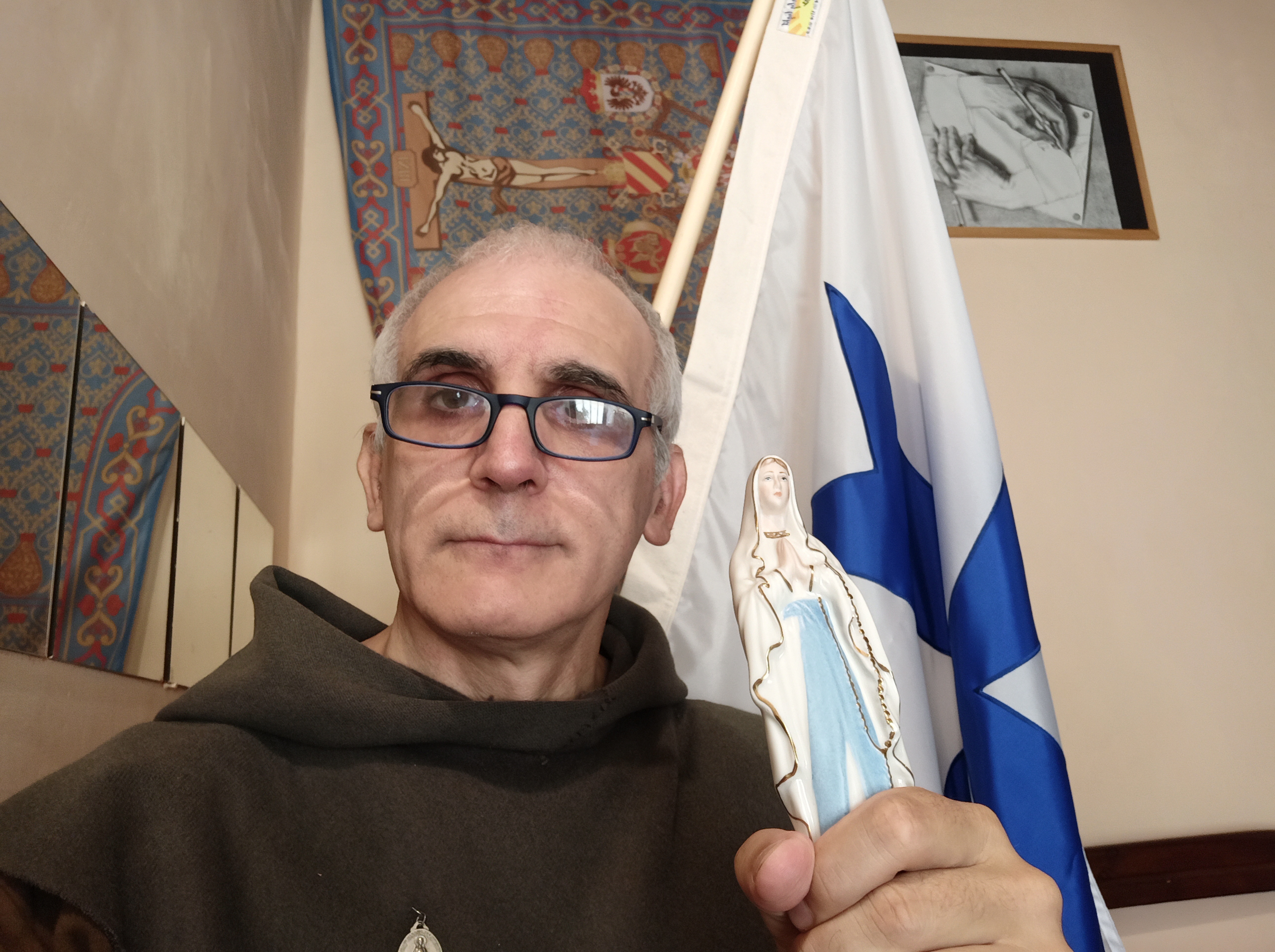 Being a hermit with no earthly superior but Pope Benedict XVI, my bishop, I tend to go on some unusual missions. Here is a short report on what I have been doing for the Lord Jesus and what I am about to do for His people in Lebanon.

A Report on My Mission to Italy

Since Oct. 19, 2019, I have been here in Italy, promoting the cause of Pope Benedict XVI. I have attended an Academic Conference where I gave 2 papers demonstrating that he is still the Pope, and I wrote 700+ Members of the Clergy of the Diocese of Rome, sharing with them my Scholastic Question proving the same. I also shared that tract with 500+ students of theology from November 2019 to January 2010. I sought to meet with Cardinal Burke and Bishop Arrieta. The former evaded my requests, the latter granted me my request on the first asking and spoke with me in person on Dec. 11, 2019.

These efforts demonstrated clearly that the Roman Curia knows that Pope Benedict XVI is still the pope, but that they prefer to pretend that not words but intentions matter, in a juridical act, even though they presume the words to have an intention which is not objectively certain or provable. They simply have dumped Canon Law into the dustbin of their own prejudices and clericalism, and run riot alone their own desires to be rid of Pope Benedict XVI.

This first part of my mission here at Rome was supported by two Romans who donated $150 and my brother, John, who loaned me $12,000 for expenses and then forgave the debt, when no one else came to help me repay it.

In January, after coming down with a bad winter flu, I looked back on life to see how little I’ve done for the Lord and I considered soberly that I could not constantly ask my brother for help. So I asked the readers of FromRome.Info and upgraded the blog to an electronic newspaper. This was just in time for the Scamdemic. And I am very thankful that throughout it all, you my readers have supported me in everything. THANK YOU!

In response to my coverage and expose of the Scamdemic readership exploded at FromRome.Info, which got 3x more readers in 2020 than in all previous 6 years

Considering how dangerous the politics of the Scamdemic is, I encouraged Catholics in Italy to form a Catholic political party, called L’Italia per gli Italiani (Italy for Italians!). The party will be legally founded in September, and then the Italians will have to take control of it and run with it.

In June, I saw the wisdom of founding a Radio TV station to promote the defense of persecuted Christians. A. J. Baalman, co-founder of Ordo Militaris Catholicus had urged me to this for several years. So in June, he began Ordo-Militaris.Net with a grant by the Order, and he and I have been doing an hour long show nearly every weekday and Saturday since.

On the Feast of Saint Bonaventure I decided to revive an apostolate come Academic colleagues of mine and myself attempted to start in 2016. The Scholasticum is an attempt to revive the Scholastic Method of education which made Saint Thomas Aquinas and Saint Bonaventure such great lights for the Church. This Fall I will be teaching telematically a course on the Trinity. There are currently 8 students, and I expect many more before class begins on Oct. 5.

On August 4, as you may know, a terrible explosion took place at Beirut, Lebanon. In response, as head of Ordo Militaris Inc., a Catholic NGO dedicated to the humanitarian aid and assistance of Christians, I established the Beirut Humanitarian Relief Fund. So far about $13,500 has been raised, by the generosity and charity of the readers of FromRome.Info, my benefactors here in Italy, the followers of the Order and readers of other blogs, especially Canon212.com, the only Catholic publication in the USA which would take an advertisement to help them.

Preparing to go on Mission to Lebanon

So now my duties as president of Ordo Militaris Inc. will take me to Beirut. When I will return to Italy or the U.S.A., I do not know. I put that in the hands of God.

But on Mission I will need help. Because I cannot rely on either the NGO nor the Fund for my expenses. I have to pay my own expenses, which will be about $2500 USD a month. Everything is much more expensive in Lebanon due to the crisis, and it will be a challenge to live in a country where I do not speak Arabic.

Before I go, I also have to pay the remaining rent I owe, 1800 euros. And purchase a air-line ticket to Lebanon.

In my apostolic work I like to be frank and sincere with everyone. I do not have a salary, I live like Saint Francis and put all my trust in God that he will provide. But Saint Francis also told us, his sons, to beg without shame, so that God can through good souls send us His providence.

So if there are any of you who would like to help me on my Mission to Lebanon, please consider making a donation by clicking the donation button below.

TO PAY VIA PAYPAL >>

One thought on “Preparing to go on Mission”