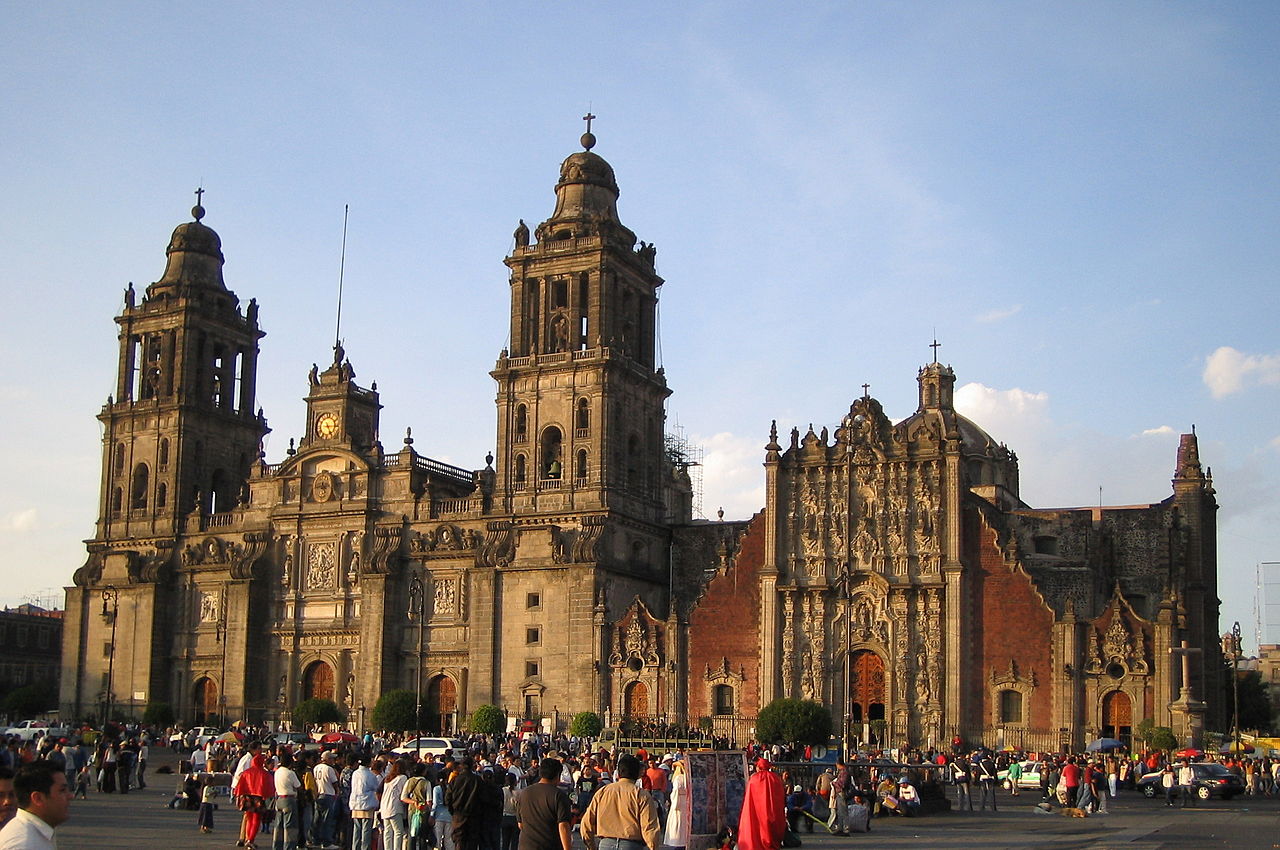 Being a proud Mexican-American Catholic born of Catholic Mexican parents who immigrated to the USA, and whose great grandfather was a Military general in the State of Michoacan who secretly defended clergy and religious from the tyrannical and bloody persecution of the Turkish-Mexican dictator-in-chief, Plutarco Elias Calles, during the Cristero War of the 1930’s, and because of which he suffered tremendous consequences for: I am uniquely outraged about the following underreported news.
Today, Mexico’s “president”, rather, masonic dictator-in-chief, Andres Manuel Lopez Obrador (who likes to go by AMLO), commanded the national guard to abruptly and without notice, enter the Metropolitan Cathedral, like some kind of gestappo, to arrest all priests, canons, and personnel, and lock them out of the facility like dogs, preventing them and the faithful, from public or private use of the facility until further notice. What is most sad is that almost no major news network has reported this and no video footage has been published. Besides a few statements that the Archdiocese has published and what I first heard from a Youtube video, I could only find two brief articles from local independent news sources on the matter.
The Archdiocese of Mexico City published the following statement on their Twitter account (my translation) shortly after the event occured:  “It is with great sorrow that we inform the faithful that today and, probably, those close to Independence Day will not be able to enter this Cathedral to participate in the religious services since its surroundings have been taken over by members of the Army. As we were unfortunately not informed and still do not know how many and what days this situation will remain, we offer an apology and ask for patience as long as we can reopen.” The corrupt, marxist-socialist, and pro-sodomy, Cardinal Aguiar Retes (whom according to a very prominent priest in the Archdiocese, was appointed by Bergoglio to completely destroy the Archdiocese in every way including priestly vocations), denies that there was ever a “takeover” but said in his tweets which were also published in the Archdioceses twitter account: “I would like to clarify that there has been no takeover of the Metropolitan Cathedral by the federal authorities, however there was a lack of proper communication with them to implement the protocols prior to the acts of the Patriotic Festivities.”. And also: “I express my desire that there be constant and cordial communication with the authorities so that each of the parties can develop in the best way the activities that correspond to them.” The cardinal is clearly playing the political game of the masonic dictator.  As you can see, Mexican Catholics are stuck between their own religious tyrannical authority (the Cardinal), and a tyrannical state and dictator.

Anyway, I’ve also read that the Mexican dictator has shut down access to any underground subway train stations near the area, and will soon be barricading the entire surroundings of the plaza. His excuse, according to sources, is that the Patriotic Festivities ie. Mexican Independence Day, which is typically celebrated on Sept. 15th, usually with a big gathering at the Plaza, has been cancelled due to covid-19 this year, but, it seems that there is yet another reason why the dictator has suddenly decided to shut down the Cathedral and Plaza. And that is, to prevent a major “occupy” protest that is scheduled to take place only a few days after Independence Day, on Sept. 19th.

The protest was organized by the group FRENA which is a group of outraged Mexican citizens who seeks the immediate removal of the president as he has clearly demonstrated his desires to establish a Venezuelan-style dictatorship. Protestors will be occupying the historic Plaza which, surprise! surprise!, is located right between the Metropolitan Cathedral and the National Palace where the dictator currently resides. Protestors plan to occupy the plaza indefinitely until the dictator resigns and vacates National Palace. The main organizer, Gilberto Lozano, has said in past recordings that they are demanding the resignation in such a manner according to Article 39 of the Mexican Constitution which says: “National sovereignty resides essentially and originally in the people. All public power emanates from the people and is instituted for their benefit. The people have at all times the inalienable right to alter or modify the form of their government.”
Our Lady of Guadalupe, have pity on the Mexican People, and rescue them from the scourge of the dragon!
___________
CREDITS: The Featured Image of the Cathedral is by Adrian Sampson from Bainbridge Island, WA, USA, and is used here in accord with a CC 2.0 license as described here.