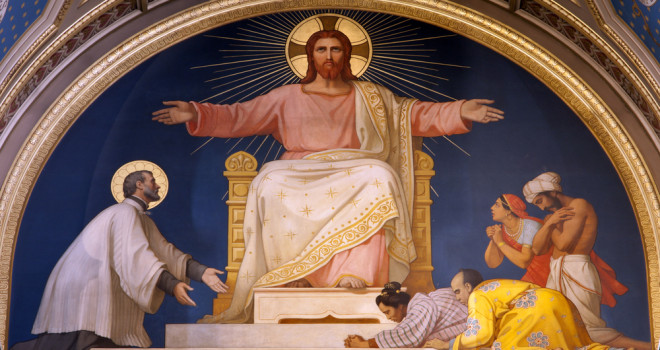 If the Church has been unprepared to defend Herself and society from one of the chief evils of our day, it is surely the lack of Catholic Popes to clearly delineate the errors of popular political philosophies and require under canonical penalties both that these errors be denounced and that the faithful avoid them as a precondition for participation in the Sacraments.

I believe the chief reason for this failure can be attributed to two things: the pervasive ignorance of scholastic theology and philosophy among the clergy, and the endemic paranoia among the clergy, following the French Revolution, that limited their wilingness to speak out against the fundamental errors which were imposed as forms of government.

So, for this reason, to promote the cure of all these problems, let us consider the fundamental error in the current popularized forms of political theory, and show why no Catholic can embrace or propagate them, let alone espouse them.

The most common error of all is Statism: the presupposition that the State is the superior to the people over which it rules or from which it arises.

Statism is the political justification for authority in modern theories of politics. They need such a justification, because having rejected God and the notion of monarchism which is founded in Christian Faith, they seek to justify how a State without God could, nevertheless, require the obedience of the subject or citizen.

Most modern theories of political philosophy are statist or de facto statist for this reason. Let’s consider some of them:

In a Marxist state, the political party is the ruler in principal and owner of everything de facto. The Marxist state claims that it rules in the name of the people for the purpose of protecting them from exploitation by capitalists. It ignores that Marxism as a philosophy was contrived by an employee of a capitalist for the purpose of controlling the workers with the promises of a political eutopia. And most who favor this system, in the name of helping the worker, fail to recognize that the Marxists revolutions have all been supported by Capitalist financing and served the capitalist system after they achieved total control of the country.

Marxism is statist in the extreme, since it is atheistic in the extreme. Marx himself liked to talk to Satan and taught his own daughters to commit suicide. He was a vicious racist and mysogynist. He was also an atheist.

In a Marxist state there really can be no reason to obey anyone, because if you assert that there is no God, then there is certainly also no gods below God. But Marxists create a god of their own: the State. They claim that this is necessary for liberty, but what they really mean is that it is necessary to maintain their lies and their party in power. The State for the Marxist is simply a tool of necessity, and one alleged simply for control. Hence Marxist states are the most inhuman since there is no moral justification for their existence at all.

Socialism is by far the most popular political theory in the West right now, but it is also statist in its form and principles.

Socialism holds that the excesses of capitalism must be moderated by a permanent power which participates in the economy and holds it firmly under control.  It feigns to recognize morality but really does not, because in holding that there can arise from the mere will of the people an authority which is there superior, it makes the State necessarily an idol, which corrupts the entire moral order within it. Since the mere wills of citizens can never be superior ontologically to the citizens, it founds its conception of authority upon an ontological impossibility.

Thus even when Socialism is attempted in Christian countries it ends in a dictatorship of the State.

Socialism wants sectors of the economy owned by the State. Unlike Marxism where the ownership of everything is proclaimed to belong to everyone, but really belongs only to the political party, in socialism the ownership of everything can at any moment be claimed by the State. This is called nationalizing private property. In most cases this is done by seizure and theft. But no matter how such ownership is acquired or arises, it makes the politicians who govern the state the de facto owners of everything at least potentially.

Many democracies claim to be socialist. But all such end up as one party states and slide into marxist totalitarian regimes, simply because one political party ultimately desires to own everything, urged as every political party is, to dominate all others.

Republicanism is the next most popular form of government in the world today. It calls itself democracy, but in no such states are laws made by the people, they are always crafted by politicians elected in some manner in the name of the people. As such, the laws tend to serve the politicians and their supporters, and thus republicanism slides easily into socialism. Modern republics are nearly all secular, and thus divorced from God. And for this reason they strive to assert, through constant propaganda and indoctrination, that the state has some sort of providential claim to obedience by the people, either because of some historical event, such as a revolution, or by some historical quality or commonality among its subjects, such as national identity.

How these ideologies corrupt the State

As we can see, Statism is the inevitable consequence of each of these forms of political theory. This is not only so because of the form of their theories, but also because the concept behind each of them is ideological. That is, it presupposes that governance of itself is without any natural, inherent or divine preexisting forms, and that all meaning and social order must be imposed upon it by a single human mind or the collectivity of minds embracing the same ideologies.

Ideology is a warped approach to reality because it is founded upon the error of Immanuel Kant who held that reality has no significance, all meaning is imposed upon it by the human mind. This is simply absurd and atheistic.

As Catholics we know that God created all, and that it is only the Divine Mind which is the source of meaning. As men, it is our duty and obligation to conform our understanding to the truths which God has founded in the being of created things and their natural relationships. We discover meaning, we do not invent it. Only in those things which are the works of our hands, do we as men impose meaning on matter. But even in this their imposition of meaning remains accidental and does not alter reality itself.

This is the fundamental philosophical reason why no ideology can be the sane foundation of a political philosophy. For whenever one attempts this one begins from the presupposition that the social order of itself is merely a clay upon which political theory can impose all meaning, and has the right to do so. This leads inevitably to inhumanity, atheism and idolatry, because it sprouts from a psychotic pride wherein man as thinker raises himself above reality itself.

How Christ Faith saves the State

Christian Faith then is required to save the State from statism. Because according to our Christian Faith, there is no authority in Heaven or Earth which has not been given to Christ Jesus. Therefore, a State which refuses to recognize Him is a thief and therefore wars against the Divine Order and has no obligation to be obeyed.

Only a State which recognizes Jesus Christ as King can rightfully claim authority to govern human beings. And then only inasmuch as it aims to serve Him and rule its subjects in accord with His laws, because in such a case it is rightfully and dutifully justifying its authority on the basis of its own relationship of submission to Christ. Since faith in Christ requires the rejection of all vice and sin, by this means a State also is liberated, or at least finds strong motivations to curb itself, from statism and self adulation. The citizens are also respected in their individuality and totality, as such as state recognizes that they, not itself, have an immortal soul and will exist forever. And only in such a recognition, can those who govern a state be duly and justly moderated and motivated in all their actions and decisions to guard authentic liberty.

Catholics who insist on marxism, socialism or republicanism are obviously unfaithful to Christ, because they are in fact insisting that some part of reality be withdrawn or can exist legitimately apart from Him to Whom all authority and power are given.

May God grant that more and more Catholics reflect upon these things and work to establish Christian governments in their own nations.

2 thoughts on “How ideology corrupts the State, but Christianity liberates it”