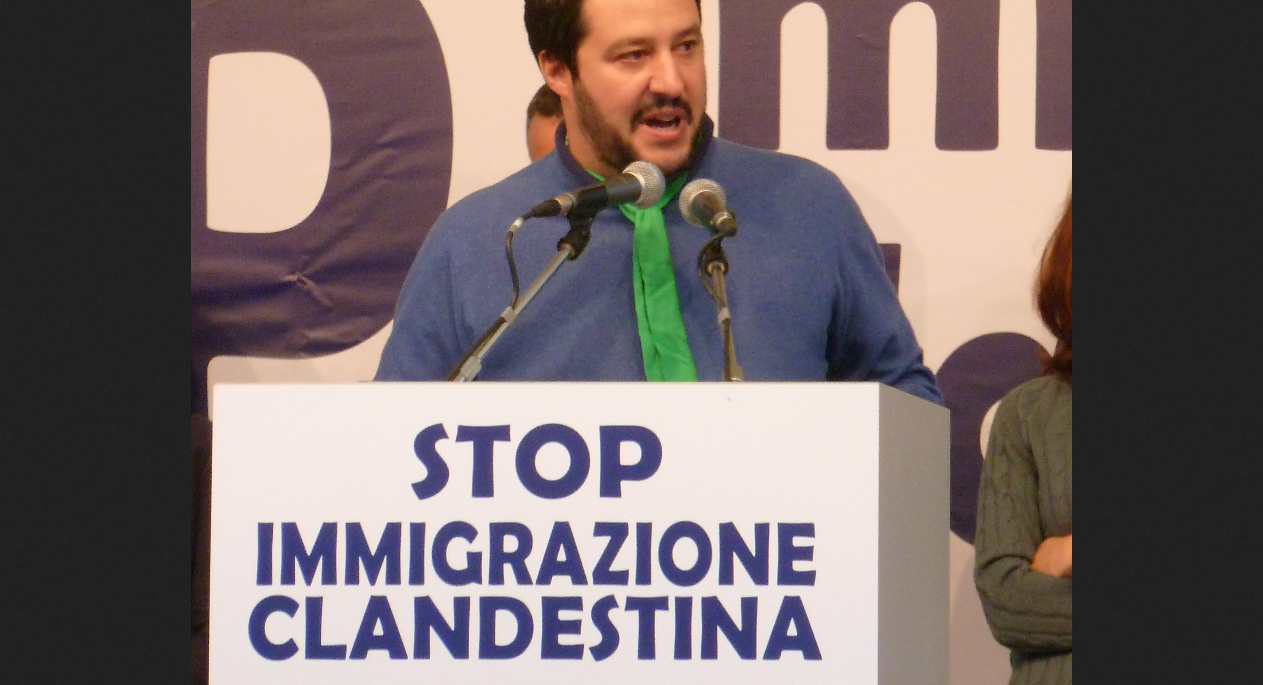 Dear friends good Sunday. After almost four hours of hearing behind closed doors and more than an hour and a half in the Council Chamber, the preliminary hearing of the trial of former Interior Minister Matteo Salvini, accused by the Court of Ministers of Catania of “abusing his powers by depriving 131 migrants aboard the Gregoretti naval ship of the Italian Coast Guard from 00: 35 of July 27, 2019 until the afternoon of July 31”, when the authorization to disembark in the port of Augusta was ordered, as part of an agreement for the distribution of migrants in five other countries of the European Union.

The defense of Salvini, marshalled by the lawyer and senator of the Lega, Giulia Bongiorno, had asked that the indictment not proceed because the fact of the accusation does not exist, according to the subordinate evidence given to the judge in order to ascertain whether the landing procedures indicated in the charge are still followed by the Conte 2 government, also as regards the proceedings of the hearing of the Minister of the Interior Luciana Lamorgese.

The Public Prosecutor Andrea Bonomo, who represents the prosecution, has confirmed the request already made by the Head of the Prosecutor’s Office of Catania Carmelo Zuccaro, not to proceed and to dismiss the case because the fact alleged does not exist. (Ed. — Namely, that Salivni acted on his own discretion, and not in accord with the previous determinations of the Council of Ministers).

Instead the G.U.P. (Judge of the preliminary hearing), Nunzio Sarpietro, not only did not accept the request for dismissal made by both the defense and the prosecution, and not only did not limit himself to the hearing in the alternative of the Minister of the Interior Lamorgese, but involved in the process all themembers of the previous government by asking to hear the Prime Minister Giuseppe Conte, the Foreign Minister Luigi Di Maio, the former Ministers of Defence Elisabetta Trenta and of Infrastructure and Transport Danilo Toninelli, the Minister of the Interior Lamorgese, the Head of the Italian representation to the European Union Maurizio Massari.

The Court of Ministers of Catania, which had requested to the Senate the authorization to proceed against Salvini, granted by the Senate last February 12, is composed of judges Nicola La Mantia, Sandra Levanti and Roberto Corda, the same who had already pronounced on the case of the ship Diciotti, all three members of Magistratura Democratica, the leftist current of the National Association of Magistrates, the union to which 90% of the magistrates belong.

These were Salvini’s words: “Signed by the President of the Court of Ministers La Mantia, a member of Magistratura Democratica, it is transmitted to the President of the Senate that Salvini would be guilty of the crime of aggravated kidnapping by abusing his powers. Risk up to 15 years in prison. I think it is a shame that a minister is tried for doing the interests of his country”. Salvini also said: “This is the first time in Europe that a former minister is on trial not for economic crimes, but for government action. We need to reflect on the boundary between government action and that of the judiciary. Tomorrow the Minister of Education, Transport or Labour could go to trial for a political choice. Judge in court a political choice. The pension reform that the government wants to make the context, but never in life would I bring them to court”.

The Head of the Prosecutor’s Office of Catania Carmelo Zuccaro, who twice asked for the dismissal of the case against Salvini because the fact does not exist, had expressed in a hearing in Parliament critical positions against the NGOs (non-governmental organizations) that with their ships land illegal immigrants in Italy, arguing that this is a design aimed at subverting the Italian economic and social order through the massive influx of migrants.

Nunzio Sarpietro, the judge who involved all the previous and partly current government in the trial against Salvini, in an interview given last September 30 to ienesiciliane.it, said: “I was enrolled in the Independent Judiciary, but I left because I never shared the system that has governed the judiciary for many years. To me no one speaks of Palamara (ed. — recently dismissed judge who was caught conspiring to condemn Salvini before the trial opened). I have been damaged by Palamara and that system more than once. I took note of the Catania bribes and I directed the GIP (Judge for preliminary investigations) of Trieste. When I had all the numbers to aspire to preside over the Court of Appeal of Turin I was taken out of the Palamara system”.

Luca Palamara was President of the National Association of Magistrates from 2008 to 2012, in 2014 he was a member of the Superior Council of the Magistracy elected in the center current “Unity for the Constitution”, in 2019 he was suspended from the Csm after being investigated for corruption concerning buying and selling of sentences and for leakage of information inside the Csm. In June 2020 he was expelled from the Anm.

Dear friends, the trial of Matteo Salvini on the Gregoretti case, which ended up involving the entire government despite the request to dismiss both the defense and the prosecution because the fact does not exist, is the result of a clash within the political currents that characterize the reality of the judiciary, an absolute evil for a rule of law denounced last June by the President of the Republic Sergio Mattarella when the Palamara scandal broke out. It also reflects the fact that Salvini’s hearing was scheduled on the anniversary of the tragic shipwreck of Lampedusa on October 3, 2013 with 368 migrants dead. For a healthy democracy and for the good of Italians it is vital that there is a clear separation of the three powers of the State, that the judiciary ceases to be polluted by politics and to operate as the most powerful political subject.

ABOUT THE AUTHOR: Magdi Cristiano Allam is an internationally renowned speaker and former Italian Representative to the EU General Assembly. Born in Egypt, he immigrated to Italy, became a naturalized citizen and converted to the Catholic Faith. He was baptized by Pope Benedict XVI. Author of numerous books, he is a frequent and sought after speaker at conferences about defending Italy from foreign manipulation and clandestine immigration. See his personal website here.