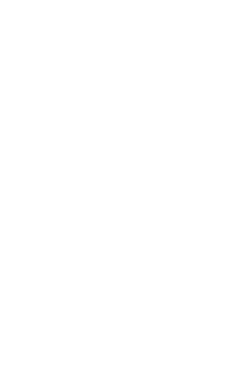 As Christians we must resist, oppose and work to eliminate psychological abuse from society.

Psychological abuse is the worst of all sins against charity and the most malign and diabolic perversion of interpersonal relations.

It should not surprise us that the leaders in the world and church today promote the Scamdemic, because they have long promoted and protected those involved in physical and sexual abuse.

The Scamdemic, you see, is a work of mass psychological abuse.

It is such because it is founded entirely upon lies. No new virus has been isolated with the accepted rigorous procedure. The infections discovered, while they all can be cured inexpensively with known agents such as Hydroxycloroquine and Zinc and Antibiotics, are purported by our governments to be a deadly plague which will wipe out hundreds of millions!

The solutions, too, are not scientific nor rational, but all require that we give up our civil, economic and religious liberty.

The aim of the entire Scamdemic is consistently only 2 things: to gain more control over everyone and to kill off all who accept or refuse these controls.

What sense has it to suffocate yourself today with a mask out of fear of a winter flu that won’t kill you? What sense has it to destroy the national economies of the entire world, out of fear of fewer deaths that those which occurred every winter in the Northern Hemisphere from the common cold? What sense has it that to avoid a common cold, which we can naturally overcome with our God-given immune system, that we alter our God-given genetic code with an untested vaccine which is not proven even to work, let alone proven not to damage our God-given miraculous genetic inheritance? Why should governmental officials be trying to bankrupt, imprison and deny work and food to those who are healthy and simply do not want to become hypocondriacs like themselves?

The system of control, however, has been very effective. It has been a mass campaign of TERRORISM.

And not just any kind of terrorism, but PSYCHOLOGICAL TERRORISM, a true psychological war conducted by the leaders of nearly all countries AGAINST THEIR OWN CITIZENS.

They do this though a bombardment of lies, falsehoods, fear and paranoia on TV and Radio and Newspapers and Social media, 24/7.

They have seized control of the minds of the weak and of all those who have long ago decided to repose in a life of lies and deceit.

The level of control they have over minds varies, from those who presume the government is telling them the truth, to those who would act out violently against anyone who disagrees with the Governmental Truth.

There are only 3 outcomes I see for the world.

The first is that the people grow tired of being abused and simply ignore the governments of their nations on these matters. Some governments, might continue to publish draconian measures, but they are meaningless if the police ignore to enforce them. And then slowly the people will being not to observe them and ignore them. This is happening in Italy.

The second is that the governments grow ever more committed to their abuse and attempt to weaponize those minds over which they have total control and turn them into a Gestapo or SS Militarized force against the citizens who are not so controlled. The government here in Italy seems to want to take this path, by putting into the Penal Code the Scamdemic controls to make them crimes. If the police begin to enforce the controls in this way, this will go badly for Italy.

The Third is that the citizenry wake up and rise up in rebellions, violent as much as necessary, and remove their leaders from power. Perhaps in some countries where political liberties are not entirely curbed, this can be done peacefully at the ballot box. But this is only possible if those nations have POLITICAL PARTIES which are not controlled opposition. Most nations do not have them. Italy as of Thursday did not have one. So a group of Catholics including myself, yesterday, founded one!

As Christians we should prefer to work for peaceful solutions, when this is possible. And this is possible if we refuse to wear the mask, refuse to take the vaccine, and refuse to allow our police and government to violate the rights of our fellow citizens. We can do this by never wearing the mask or carrying it with us and telling others not to do so. The weak of mind must be given the facts to liberate them. The wicked of mind must be publicly shamed and reproved for their folly of believing lies. Police need to be respectfully approached with the truth of the injustices they are committing, and if that fails, sued in court and warned of liability etc., so as to counter their injustice with the force of legal action. Politicians need to be publicly ridiculed and contradicted when they show no good will, and appealed to constantly if they still have any good will.

But we must be tireless. Because while you can explain the truth to someone for one hour, he goes home and watches in the next week 100 hours of propaganda which is crafted to psychologically abuse him again. And stupid people make decisions not on the basis of truth but on the preponderance of frequency they hear something said.

So we must be constant in repeating the truth and we must work to convince our fellow citizens to stop listening to the propaganda outlets and to seek the truth on truly independent platforms and channels.

Finally, we cannot lose sight of the bigger picture.

If your government goes to war against you, it is NOT YOUR GOVERNMENT BUT A FOREIGN POWER. And you have every right to remove it from government. Men in the armed forces of their own nations should take note!

The only way to effectively and securely end psychological abuse is to REMOVE the abuse from any capacity of influence over and proximity to the victim.

You have no duty to live a lie or obey a law founded upon a lie.

You do have the duty to live the truth and obey only just laws.

There comes a point where psychological abusers need to be removed from power, and we have long, long ago passed that threshold. This includes their collaborators in the Media and Social Media Platforms. We are talking about the perps, here, not the institutions. The criminals need to be brought to justice: o a world court like Nuremberg, but not only where anyone gets an out of jail card free.

Silence is consent. Inaction is complicity. Toleration is collaboration.

If we would not stand by an allow the child of the family next door to be physically or sexually abused, we can certainly not stand by and do nothing while our government leaders psychologically abuse everyone in our nation!

This is not an option. As Christians our duty here is grave and clear. We must fight the Scamdemic in every way possible. This is a true work of justice.

It is a #Christian duty to fight #PsychologicalAbuse
And the #Scamdemic #COVID19 is Mass psychological abuse. Our duty is clear!https://t.co/Z4N5CmSdOy