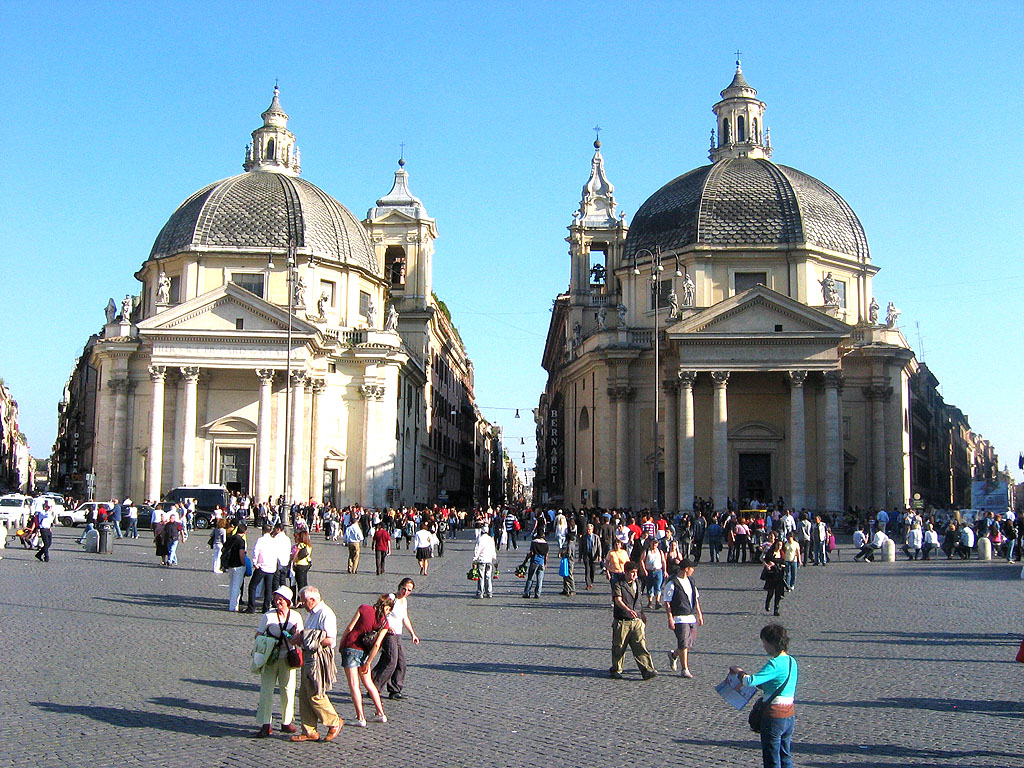 ROME, ITALY (October 17, 2020): Today was the most glorious day for me during the Scamdemic, because I was arrested by the gestapo of the New World Order.

My crime was distributing this leaflet in the sight of the Italian State Police, at Piazza del Popolo, today at about 4:30 PM. 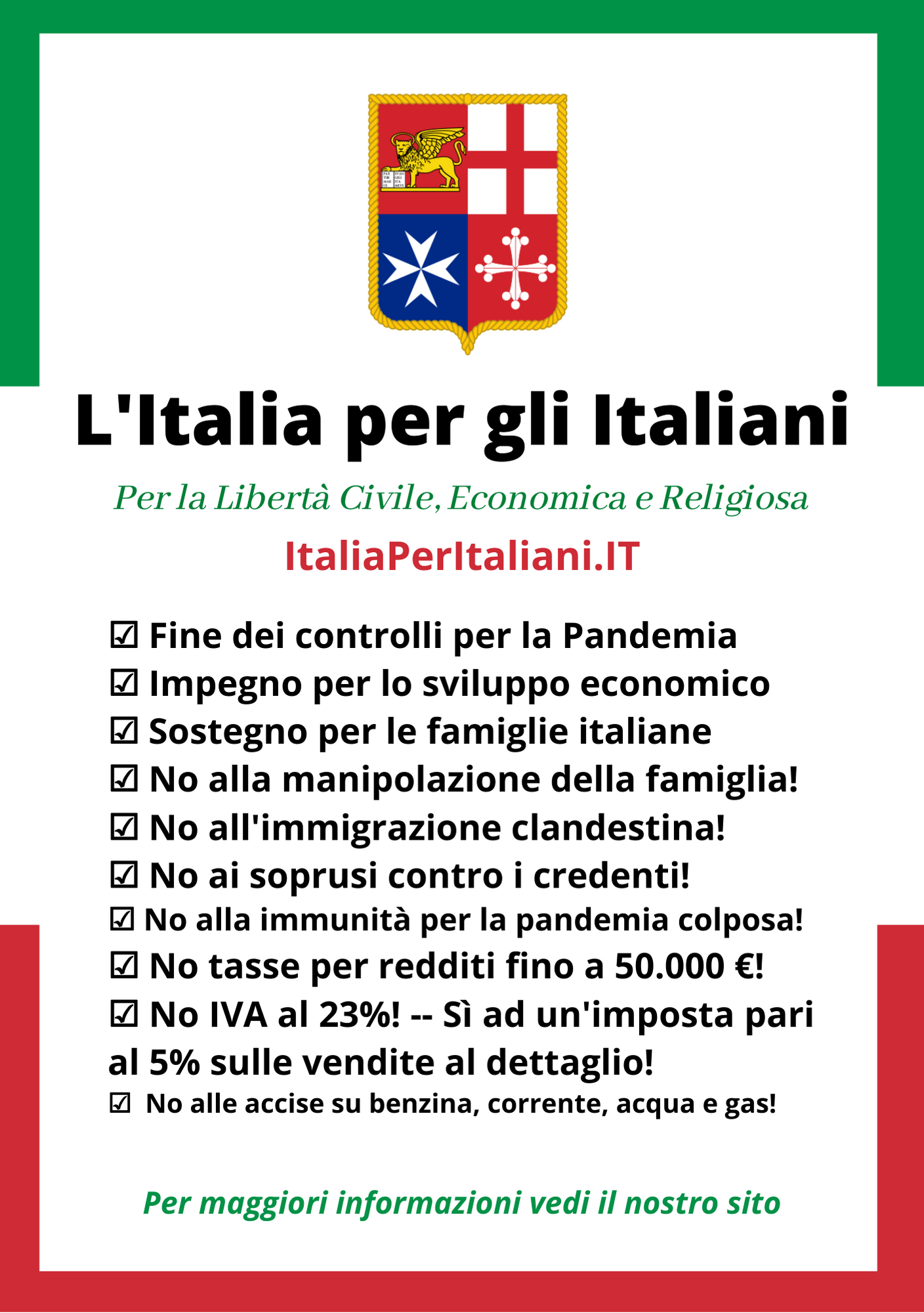 This is the first leaflet for the new Catholic party in Italy (ItaliaPerItaliani.it), which was founded on Friday. It explains what the party promises to do, in a very few bullet points.

The name of the Party is “Italy for Italians”.

The first line of the checkboxes here reads in English: We promise an end to the controls for the Pandemic.

Someone who disagreed with the pamphlet went and denounced me to the State Police who had been watching me peacefully for about 2 hours or more.

They did not know what to say.

We talked for a while, while I gave them a lesson in Italian law. Then the leader admitted there is no military war in Italy right now. At that point the plainclothesman stopped filming us, because the leader had just destroyed his entire legal case.

The man who arrested me, Andrea Valeri, began to shake at my repeated legal threats. The leader called two other state police from another station so that they would arrest me, and thus conceal the identities of the ones who initiated the violation of my 4 constitutional rights.

They dragged me away, and I gave no resistance. And they took me to the Distretto I Police Station near the Piazza S. Marco, at the center of Rome. There, they had 5 men lift me out of the car, and drag me into a police room for interrogation and to be booked, as we say in English. That is, charged.

I told them that inasmuch as they were violating my constitutional rights, they were to me not the police but criminals and thus I refused all cooperation. They dropped me on the floor and one of them took one of my sandals which had fallen off my foot and assaulted me with it by throwing it violently at me. I said, “Oh this is how you treat me. Can I not sit on the bench like a human being?”, and the one who had just assaulted me said, “You are not a human being, so No!”

I was then made to sit on the dirty cold floor for 2 hours. It took them that long to write a 4 page report and charge me with I do not now what. Finally they allowed me to go to a bathroom which had no toilet paper or way to wipe ones hands dry after washing them without any soap.

When the presented me with the papers which charged me they asked me to sign, and I replied: “In your bathroom there is no toilet paper, now you have some!”

Before I left, I reminded them, that as the Patron of the State Police in Italy is Saint Michael the Archangel, that since they had just committed terrible mortal sins of injustice and false accusations against me, that Saint Michael will now have to punish them for their sins. I promise to pray that the Archangel be merciful to those who have children, so that the little ones not lose a dad who supports them.

As I left, they said goodbye, and I replied, “You are now my enemies”. These may sound like harsh words, but in the face of men who have so closed themselves to the truth as to abuse their great responsibility and kidnap citizens for preaching civil liberty and religious liberty, there is no other word that fits.

REMEMBER! They have no power over us but fear. We need only to NOT fear, therefore, to break their psychological control over the masses. I have done my little part, it is now for you to do yours!

I look forward to being arrested another 1000 times, if liberty can only come at such a cost.

About an hour before I was arrested, a YouTuber interviewed me for his channel, Italia s’addestra.