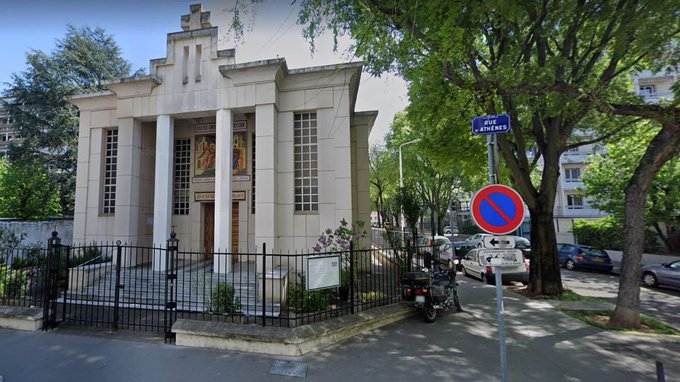 #Lyon, #France: Let all Christians everywhere join in prayer to the Lord Jesus for this Orthodox Priest who was shot with a shotgun today at Lyons, around 4 PM local time as he shut the Church. The assailant is on the loose, as the priest hangs between life and death 🙏 🙏 🙏

An Orthodox priest of Greek nationality was shot at with a sawed-off shotgun this Saturday around 4 p.m., rue du Père-Chevrier, Jean-Macé district, in the 7th arrondissement of Lyon. The priest was “in the process of closing his church” (a Greek Orthodox church), according to a police source, when the shots rang out. Actively Wanted Shooter The victim is in serious condition and the alleged perpetrator has fled. He is actively wanted by the police.

According to Le Progrès, the priest was conscious when he was taken in by the emergency services. The area of ​​the Greek Orthodox Church in Lyon has been cordoned off. The Interior Ministry recommends avoiding the area.

This news item comes two days after the knife attack at the Notre-Dame de l’Assomption basilica in Nice, which left three dead. After this attack, France raised the Vigipirate plan to the “emergency attack” level and announced the strengthening of Operation Sentinel, in particular to secure places of worship during this All Saints weekend. After meeting the security forces in Rouen, Prime Minister Jean Castex and Minister of the Armies Florence Parly are currently in Saint-Étienne-du-Rouvray (Seine-Maritime) for a tribute to Father Hamel, assassinated in 2016 by two jihadists . Jean Castex who announced that he was returning immediately to Paris to join the crisis unit.

Direct TV is reporting that that priest was shot in the stomach.

The shooting appears to be a political reprisal for the decision by the French Prime Minister to honor the site of the martyrdom of Father Jacques Hamel.

#Greek #Orthodox #Priest at #Lyon #France was shot while the #French #PrimeMinister #jeancastex was visiting the site of the martyrdom of Father #JacquesHamel murdered by 2 Algerians on July 26, 2016.https://t.co/52or9747PQ

There is an intensive manhunt for the perpetrator. Here is some video clips:

One thought on “Greek Priest shotgunned at Lyon, France, now between life and death”