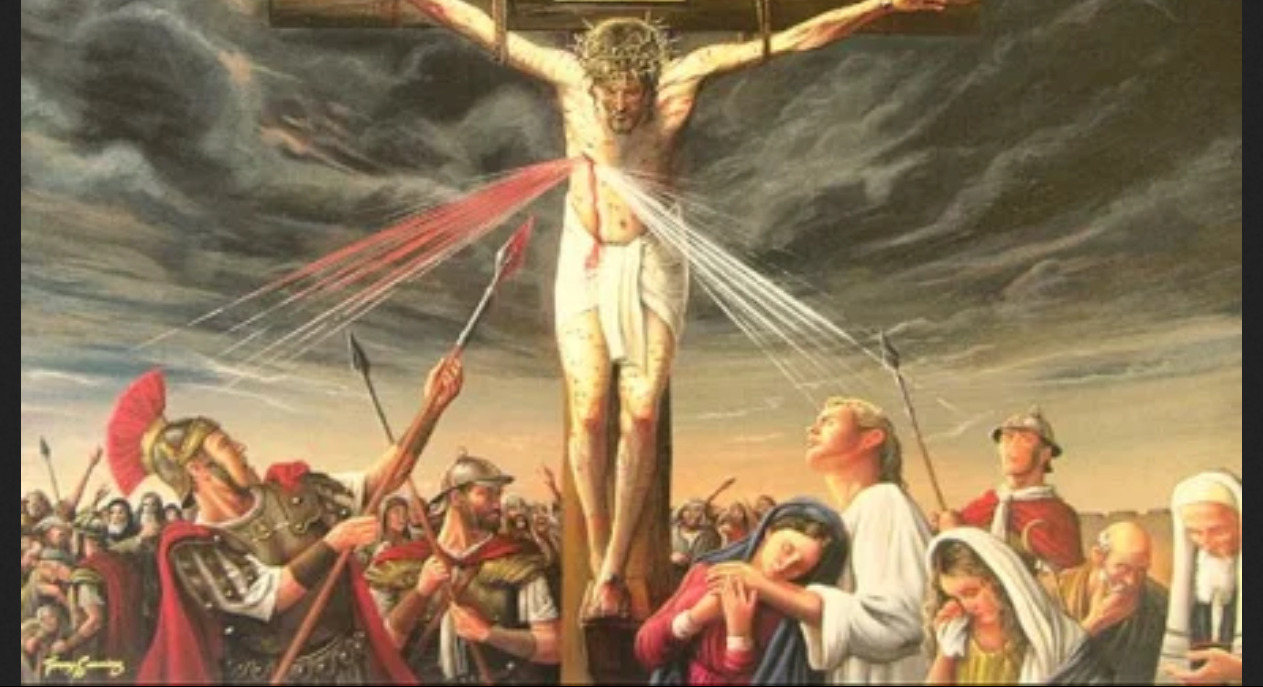 Christ triumphed upon the Cross and showed that triumph in His Resurrection. The Resurrection was not simply a display of His Divine Power, unconquerable in death. It was the merit of His faithful Passion, borne out of infinite love for a world which did not deserve a drop of His Blood. A love so great as to make the unlovable lovable, and to wash away the offense of all sin, from the first sin of Satan to the last sin before the Last Day.

That Christ the true God has merited by His Passion, forgiveness for all sin, does not mean however that all sin has been forgiven. For what Christ merited was the removal of the offense against the Divine Majesty, understanding the offense as the objective insult. But it is not until the creature repents is the cause of that insult, the moral guilt or offense, is borne away.

This is the duty of each of us, Christians. To repent of our sins. But not only repent of them, to see that others repent of their sins and to quell sin in this world.

The first duty is for each of us personally.

The second duty is chiefly entrusted to the Clergy and religious, to parents and all in positions of the care of souls.

But the third is entrusted to each and every Christian. It is our divine duty to see that God’s law and justice are kept and that the occasions of sin are removed. If you are a parent, it is your duty to remove from your household anything which induces to sin, even if that means you must destroy or throw away the property of your son or daughter, set laws about what to watch or forbid the use of things or the presence of certain persons in your home.

But in the public, each Christian is obliged to see that the Reign of Christ is established through Christian political parties and Christian constitutions, and that all laws which oppose the Laws of God are not observed and repealed.

A true Christian never loses hope in such a battle, because He knows that Christ has already won and always wins. If we stand with Christ we will be on the winning side, even if like the ancient martyrs, who numbered around 1 Million, a number of us must suffer everything rather than drop so much as 1 ounce of incense upon the altar of state idolatry.

These ancient martyrs show us the way. They never gave into despair, because they knew they were not fighting on their own nor in their own battle, but were fighting for and with Christ. Seeking nothing in this world other than to give a perfect example of fidelity to Christ, even at the loss of life itself, they testified to truths which transcend this world, but to which this world must also bend its knee.

It is this pointed-ness of Christian testimony which is unconquerable. Others may throw their lives away for nothings, but when a Christian sacrifices anything of this world, as part of his service of Christ, his sacrifice becomes empowered by the Sacrifice of Christ, and the merits of Christ unconquerable Suffering bathe it with ultimate victory.

Let us stand with Christ. Let us take confidence in Him. Let us go forward in the battle against sin and injustice in His Sacred Name! Confident that such warfare will always be victorious!