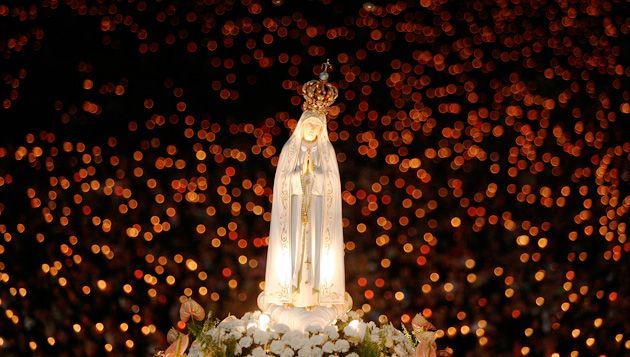 As the world plunges headlong into the darkest of Dark Ages ever seen or imagined, it behooves those who still worship at the Altar of Truth to mark the signs of the times.

The forces of Darkness cannot triumph over the grace of God. That they know well by experience. But since the grace of God only exists when men receive it, the Masonic Lodges have staked everything in preventing men from receiving the graces of God.

They do this by attacking the Church and taking away her liberty. First by stripping Her of temporal jurisdiction, by which She had courts and police and armies to defend the Name of the Lord our God.

Then they corrupted morals by allow all manners of impurity, printed, spoken, visualized, in dress and especially in education to enter in. This is because Into an impure soul, the grace of God enteres not.

Nor have they neglected any effort to exterminate Christians when they could, but chiefly have targeted the most devout and unbending kind. For this they waged wars in Europe, Mexico, Spain and the Ukraine, etc. and perpetrated genocides as in Armenia, Assyria, the Ukraine (20 million) and Poland (6 million).

Further exterminations of Christians were perpetrated by seduction and beguilment, through contraception, abortion and feminism (whereby women no longer suffer to be married or mothers). The end goal is to reduce if not eliminate the Christian from the face of the globe.

Now, finally they have unveiled their master plan to Dominate the Earth. It is called the Scamdemic: a concert of lies and falsehoods from numerous sources simultaneously for the purpose of taking control of minds forever, alterting the very notions of history, truth, science and medicine.

During which time they have continued to push abortion, the closing of Churches and the brutal witch-hunt of anyone who dares to dissent.

Those who do not react are already controlled by the 24/7 fear mongering or by acts of perfect despair by which they think they can do nothing but submit. They fear for their lives, their wealth, their priveliges, for anything whatsoever, except their liberty.

Here in Italy, to stiffle forever any such opposition in Paliament, the government voted in a 1 Billion Euro slush fund for parliamentarians. There was nothing but verbal protests to the Scamdemic in Parliament, and now there will certainly be no active ones.  All those remaining in Parliament are now the enemy of the People, because anyone with a shred or drop of ethics would have left the moment such a bill was passed into law.

Those who react to all these things are in the process, however, of being controlled, because reaction by its very nature responds to stimuli imposed by oneàs enemy. Reaction is a system of control, must more subtle. Reaction is a system of control because stimuli can be chosen to elicit reactions, and therefore when one re-acts to stimuli his actions are chosen not only by him, but by his opponent.

The entire plan behind the Scamdemic is control. Reducing the population of the world by billions, turnning hundreds of millions into GMO or transhuman slaves. In all of this, control is essential, and this is why the Globalist agents react with the utmost violence gainst anyone who questions the system of control.

FromRome.Info has battled against the Scamdemic from mid March 2020, long before many other Catholic websites. Last week Twitter began blocking all links shared from our domain as  a source of dangerous information.

I really do not know what triggered Twitter, as nearly everything I publish is already on YouTube, but perhaps it was a single meme abou the plan behind the Scamdemic. That is the only place in this blog, as much as I can recall, where 5G was mentioned.

5G, whatever malign effects it may be or alleged to have, is a system for high data speed communication. A system of information. But also a system which can be used in so so many ways to control things, machinery, transport, computers and cellphones.  All means of such kinds of commuication are the sacrosanct tools of the Megalomaniacal Psychotic Psychopaths behind the New World Order, and so I think that is why Twitter blocked FromRome.Info.

The way to true liberty and the way to true freedom is not to react, but to continue to live free as you always have done. Never wear the mask, never take any more vaccines: the medical industry is too compromised in the NWO to ever be trusted again. Do not change your way of living. Be self supporting and never fear a winter flu, which has never been isolated, never been proven to cause the alleged symptoms, and which is blamed for the death of everyone.

Recognize that you are being lied to, and stop lying to yourself. This is the only way to break free from the NWO control systems.

If the masses ignore and refuse what they are selling, their systems of control will collapse.

And so to stay free, Don’t live like they want you to live, like an animal. God made you for eternity. But to reach that eternity, you need to live in His Grace, in faith to Jesus Christ, and mortify yourself, living not for this world, but for the Kingdom of Heaven. Pray, pray daily and frequently. Make prayer your Heavenly social media, and do not let the artificial forms of life created by the enemies of humanity to occupy your day or your life.  With the grace of God in your soul, you have the liberty which is immortal and unconquerable.

Thus do not be afraid, our enemies know they are lying and telling lies. For that reason they are highly prone to fear. If we do anything for the sake of liberty, organize off grid and do not take action until you have the numbers to succeed. And do not publicize your success, because the Grid will be used to concentrate NWO forces upon the remnants of liberty. Let others do that. The works of justice will be known in time.

And have confidence, because not only has Our Lord Jesus Christ told us that He has OVERCOME the world, but Our Lady at Fatima, seeing beforehand these dark dark days, in which the clergy would abandon the flock, assured us: In the end, My Immaculate Heart shall triumph!

5 thoughts on “Those who do and don’t react, are controlled”