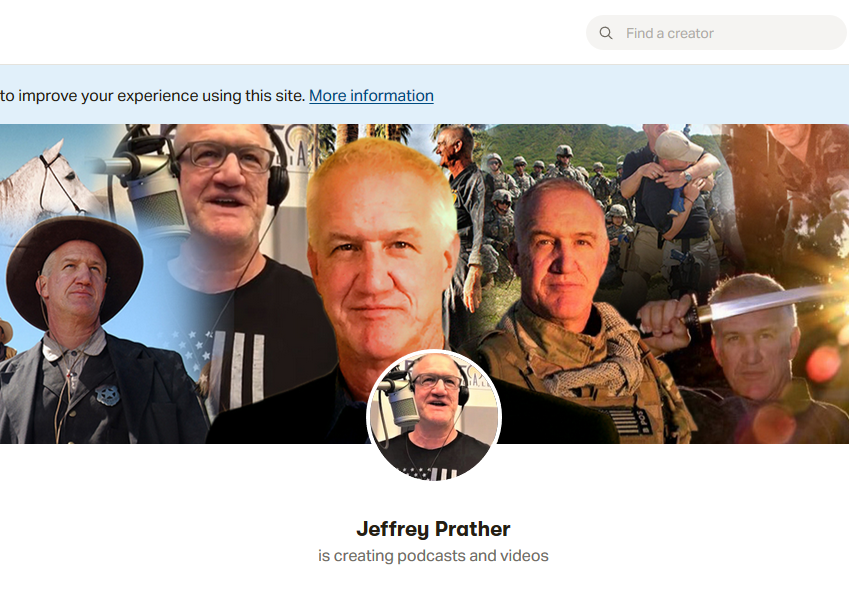 Fast and Furious whistleblower, Jeffrey Prather, a veteran of the DEA and the 4th Psychological Operations Group in the Army Special Forces describes the latest intelligence he has received from his community and goes through a checklist of ways to prepare for the acute social unrest that may be inevitable.

He says, “I’m officially declaring that the Communists are here. They have infiltrated every aspect of our society: our schools, churches news media, entertainment industry, city, local, state and federal, executive, judicial and legislative governments have all been infiltrated, bought-off, blackmailed, brainwashed, extorted and turned against us.

“We are being censored, lied to, threatened bullied and intimidated to submit to the evil of godless, faithless total slavery of behavior and even thought.

“Every phase of our lives is mocked, disdained and humiliated …that is really what brainwashing is…it’s just a constant, consistent destruction of morals, ethics family and all that is good; on television, in the news, in books, in churches, in schools and in government.

“American culture, society and government, all of it has been MKUltra’ed. Let that sink in: Spirituality must be destroyed, so there is no higher authority than government. Morals must be replaced so that there is absolute submission to government command.

“It’s happening before our eyes. We must stop it, resist, stand up, push-back, defend, protect – now. If we don’t, America will end. The Republic has already fallen. American culture is being destroyed, right now, in our younger generation.

“So, how do we do this? What do we do? Here’s the lesson: the Deep State is a covert counterinsurgency run by Obama. That’s why Obama’s CIA, FBI and media minions attempted a soft coup on Trump.

“I just was watching Newsmax today, where they were saying, ‘Oh, the Obamas are going to have a comedy show.’

“Well, that’s what this new Obama comedy show is going to be about and it’s, again, a clandestine effort to psyop the American public and the target is the younger generation. It has nothing to do with comedy. Modern comedy is rarely funny. It’s mostly mean and obscene…

“When Obama has his residence set up a few blocks from the White House with [Valerie] Jarrett, that’s the Shadow Government’s headquarters. When he’s putting on a comedy show on Netflix, that is psyop and that’s going out to everybody’s phones. He’s trying to influence the younger generation…

“So the psyop is preparing the battlefield; its intelligence preparation of the battlefield, of the human terrain. The COVID shutdowns are to prepare the physical terrain, so you can’t meet and so then, if you’re violating a curfew, then you can be arrested.

“Because the Left is very nervous right now, with all of the Trump car parades, all of the witnesses coming forward, this is far from over.

“The ‘New Normal’ of isolation and social distancing is designed to destroy the last vestiges of non-governmental alliances.

“So, find out where your neighbors stand. Find out if you know a doctor that will issue hydrochloroquine. Who knows self-defense?…This is the 30th anniversary of my dojo. Who’s proficient in firearms? I’ve been teaching firearms since ’93. Who was military? Who is a nurse? Who has skills and resources to offer your neighborhood quick reaction force?

“Next, organize a neighborhood watch…talk through and then practice your actions. If Antifa and BLM show up, create and distribute a phone tree. You can wear masks and glasses that reduce facial recognition, too. Block your neighborhood roads with cars, garbage cans or people. Keep your kids away and inside…

“When they fail, we win. Remember Churchill’s piece, that ‘We’ll fight in the streets, fight in the fields, fight on the beaches until in God’s good time, the New World comes to save the old.’

He was talking about us. And so, in God’s good time, this time we have to come and save ourselves and we are not alone. There are, in California and New York, both police departments and sheriffs are refusing to enforce these illegal and unconstitutional [COVID] orders…

“In order for an insurgency to succeed, it has to have the people. This Communist insurgency – it’s run by Big Media, Big Data, Big Pharma, big politicians – is not winning. It is losing.

“What this has turned into, besides an information war…as well and psychological operations, which is Fourth and Fifth Generation Warfare and the Chinese doctrine of Unrestricted Warfare – but this has also become a War of Law.

“And that’s how the the Left locks up everything in the courts. We saw the DOJ stand by the side. I talked about Ezra [Cohen-Watnick] as Q because Barr was going to indict him. So, I outed him to warn him and the Q team.

“And right now, there’s just Senate hearings on Obamagate, just happening now. So, all they do is slow down everything in the courts, so nothing is happening. That is using the law as a form of warfare. And so this is unrestricted warfare, Fourth and Fifth generational warfare, which doesn’t look like warfare, it’s covert…

“It’s very difficult to see all of that and perceive all of that but every citizen journalist show that comes out, including mine and many others; it’s becoming clearer and clearer and what is happening.

“What the enemy always wants you to think is that, ‘Oh! It’s all over, you can’t win! We’re so powerful! Nothing is going to happen!’ And that is not true, at all.”

6 thoughts on “The Marxists are attempting to seize the U.S. Government”