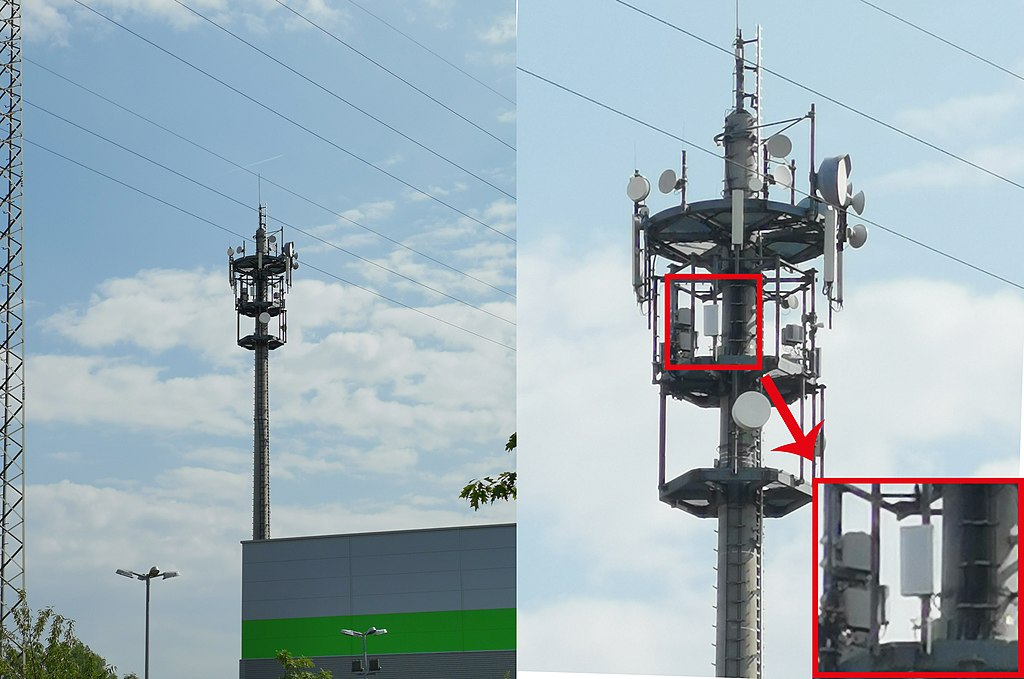 There is a lot of information about 5G in regard to how it affects cellular or chemical processes and thus can harm human life.

But the greater and more certain threat is any communication network which enables control of billions of individuals simultaneously from a cloud network of superfast computers running artificial intelligence programs.

It is an public fact that all the components of such a plan are being developed:

5G may not be the network to implant the final solution of turning us all into transhuman slaves. But certainly it is a step in that direction, and for that reason it should be opposed on principle, such as all of the above should be rejected.

CREDITS: A Vodafone Cellphone tower in Germany, with 5G units installed, by Tomás Freres, source here and used here in accord with a CCASA 4.0 license.