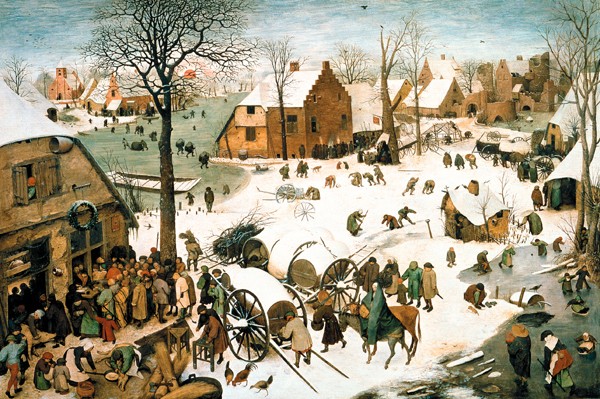 The NWO is a highly organized and highly planned plot of the wealthiest individuals against humanity.

This article is not for those who cannot accept the truth of that statement or who are so psychologically menaced by that truth that they cannot handle it. Rather, it is for those with the fortitude of mind to want to do something effective to stop it.

The mere fact that the NWO is highly organized by a very small group of individuals, however, makes it highly vulnerable. Because despite the tremendous financial and political power these elites have, they are and remain few individuals who are intellectually incapable of understanding the behavior or intentions of the masses of humanity.

What gives them hope of enslaving us are the very systems of control they have imposed in recent decades:  electronic cash, the security state, the internet, social media.

Contrariwise, they remain unable to control the movement of real paper money, the movement of everyone outside of the reach of cameras and personal cellphones, and all those who separate themselves from the internet and social media.  Moreover, those who act one way on social media and in front of cameras, but another off social media, will never be able to be controlled by the NWO.

But the actual defeat of the New World Order can only be achieved off grid, that is, by individuals and actions which are not observable by centralized control systems.

The Chief of these weapons is Prayer to Jesus Christ and His Immaculate Mother. And the chief spiritual armor is a life of holiness and moral integrity, mortification and dedication to Christ the King as our only Point of reference and loyalty.

Prayer also frees the mind from addiction to the errors of the NWO and detaches us more and more from their systems of control, IF WE ARE AUTHENTICALLY PRAYING.

This is why the greatest ERROR of the Church in modern times is to put prayers on the internet, transmit them via television, etc., because none of that is prayer and none of that is meritorious before God. God asks that when we are alone we pray alone, and when we are physically together that we pray together. He has never asked that when we are alone we watch what others did moments ago and pretend they are praying with us via television or YouTube!

Just as all false prayer merits nothing, so all true prayer merits something great. With true prayer in solitude we receive from God the grace to be heroes and warriors for righteousness. This is why so many great Saints were made in solitude, and nearly none in the hubbub of the city or towns.

Second, what we do to convince others of the scam and fraud of the NWO and its grand strategy in the Great Reset and Scamdemic, is best done where there are no cameras, internet, wifi, cellphones, or anything linked to the internet.  There we can speak in private without witnesses. And this is also better for personal security, because no one can record what you said.

Third, we need to target for conversion by prayer and by human rational persuasion those elements of the political system which are crucial in the system of control. Whether it be someone who works in town hall or the local police force, at public school or a public cafe or bar, with one person brought to the truth, others will follow. It is not necessary to air dissent. What is necessary is to foster dissent.

Once all the elements are put together in a place to achieve open revolt, one revolts openly. In the mean time, a passive revolt whereby it appears on paper and electronically that there is no revolt, even though there is no compliance, is the most prudent strategy to outwit the NWO centralized strategy of control.

The NWO has shown themselves to be liars, and therefore we have every duty to protect the innocent by all means possible, as Abraham did, who when a group of evil men asked him if the woman with him was his wife, he said she was his sister, so that they would not be tempted to do her harm, for in this way he indicated that she had family to protect her and would be avenged by all his kin, whereas if he spoke otherwise, they would have thought she was far from her own kin and without protection. He did not say the false, he said something more than what was true, to keep the wicked from persecuting the innocent.

Our salvation began off grid, and outside the halls of gossip and whispering.  In the Holy House of Nazareth, where only the Angel Gabriel spoke to Our Lady, and in the grotto of Bethlehem, where there was not even fire or drink. It is in such secrecy that our Strength descended from Heaven and is wont to visit souls, hearts and minds.