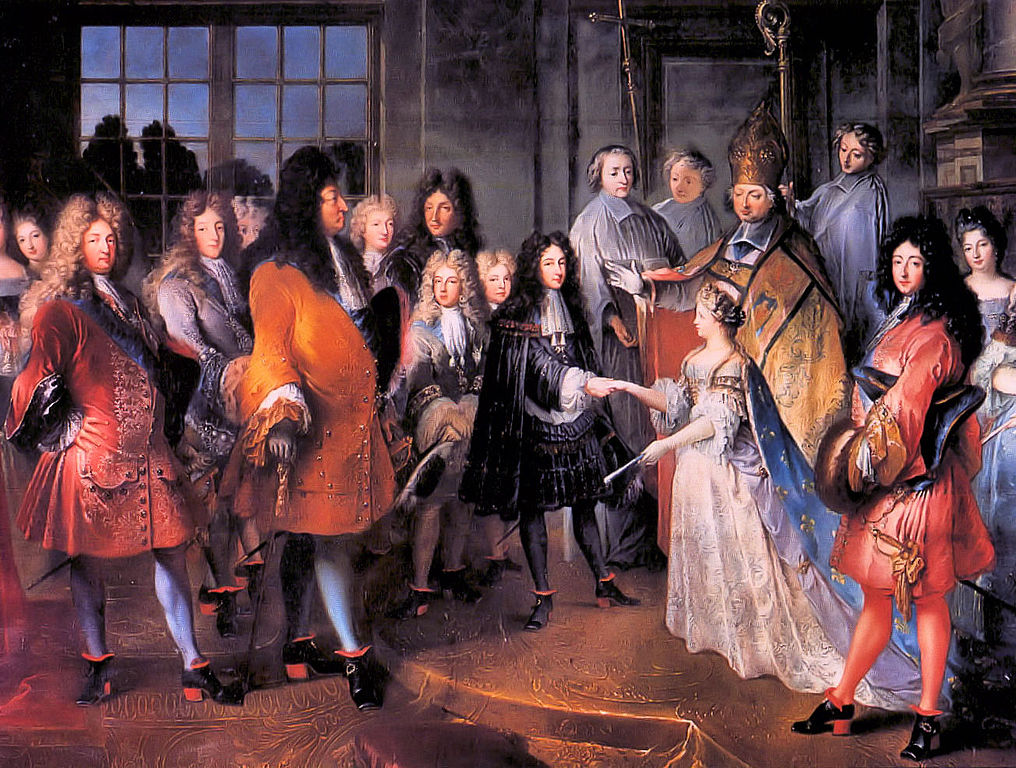 In the Catholic Church, to have a valid marriage, several things are required, among which are that 1) the couple be both baptized Christians, one of whom is a Catholic, 2) they enter into a marriage bond for the purpose of having Children as God willed this to happen, 3) they do not deny the Catholic doctrine on Marriage in those things which pertain to validity of such a bond: such as only a man and a woman can marry validly, and that God is the creator and author and sole authority in how to use the powers of procreation.

But for those who are contemplating taking the Covid-19 mRNA vaccine, you should fear for your immortal souls, not only for your lives, because by transgressing the Law of God expressed in our genetic heritage, and daring to act with impudent rebellion and alter your genetic heritage by taking the Vaccine, you will break the covenant you have forged with God in baptism, and merit eternal damnation and all the punishments consequent to that crime.

But those who are vaccinated with a mRNA vaccine need also to know that they will not be able to validly marry in the Catholic Church.

This is because, for all these Vaccines, one or more of these prevail:

But since apostates and those who reject God’s laws on marriage and those who intend to contraception or who have sterilized themselves cannot validly marry, so neither can those who have taken these artificial mRNA vaccines.

By artificial mRNA vaccine, I mean to signify a Vaccine which introduces a non human mRNA sequence into your cells, which can replicate over and over for the rest of your life and alter your ability to pass on to your children the DNA and mRNA which God gave you in your conception.

The truth of these conclusions and affirmations flows from the truth of the principles and the logical form, for what God has revealed determines truth. Truth is not defined by authoritative declarations of men, neither in the Church, nor in the State. This is why the Catholic Faith will never change, and why the forces of darkness push the Vaccine.

I understand that many will reject these truths. But we are living in an age of Apostasy, so do not expect those who have already apostatized from so much, of being able to return to sanity.

They will argue that the conditions for a non Catholic NWO marriage ignore that it is not Catholic and NWO subordinate, and pretend that this has nothing to do with the Faith. But their very arguments will convict them as unbelievers, for the Faith defines marriage and God defines what it means to be a human, and no man can play games with either definition.

As Scripture clearly teaches: God created Adam so that of his progeny Christ be born to save man from eternal damnation. He never willed or intended the salvation of those other races of men mentioned in Genesis. Thus, salvation is bound up essentially with genetic heritage.

And this is why and how the Covid-19 mRNA vaccines are part of the GREAT APOSTASY from God. You do have the freedom to become a GMO human, but that choice will break your bonds with Adam and Christ irrevocably.

Thus to take an artificial mRNA sequence is to break the Covenant God made with Adam, that is, opt you out of from it, and put you outside God’s entire plan for the salvation of the elect. After that there is no more mercy, because mercy only comes from God according to His plans, not your plans.

Finally, we read in Scripture both that God will not destroy the works of His Hands, but also that at the end of time that He will destroy all the wicked on earth. This seems a paradox, until you know about a mRNA vaccine.