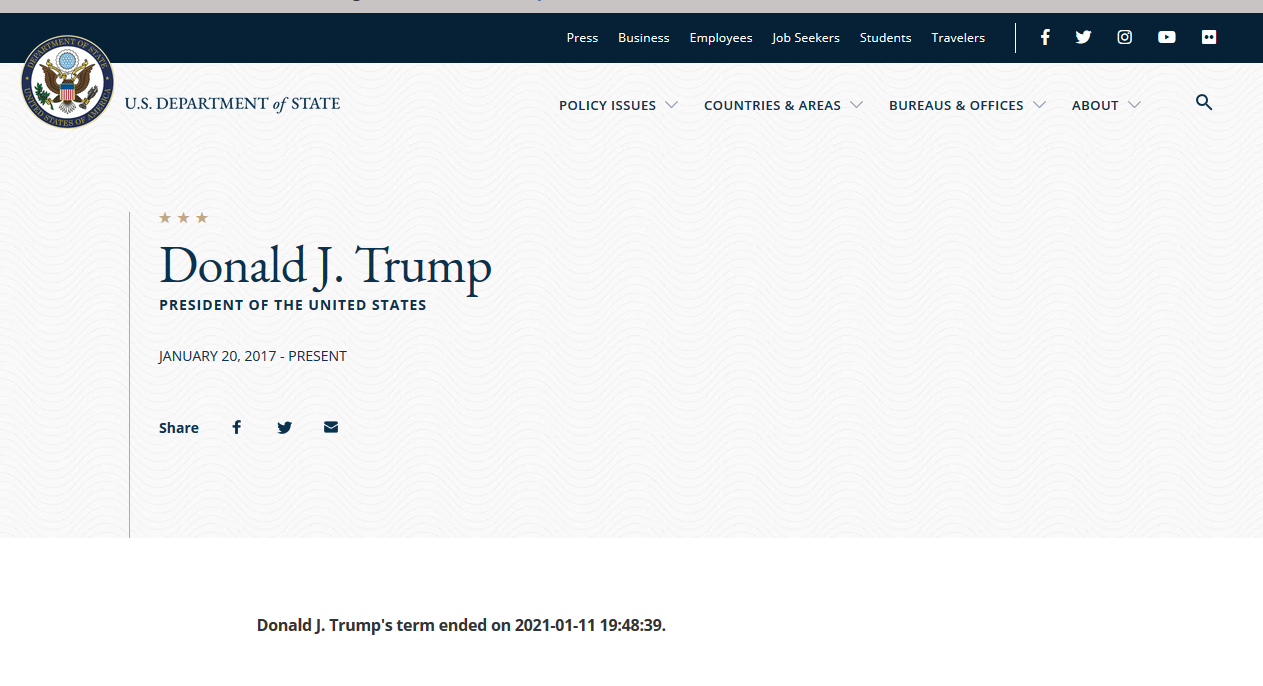 This is an actual screen shot of the official page of the U. S. President at the Department of State. The Biography has been removed and it declares that the President’s term of office ended at 19:38 today, USA TIME — which will not occur for another 5 hours, unless of course, the change was made from a server in Europe — say the U.S. Embassy in Rome?

However, in US Law, the US. President holds office until the inauguration of the next President. Also, to erase the page of an official biography on an official site is the felony of the destruction of a government record.

In related news, Twitter Inc.’s stock price fell 12.3% when trading opened on the New York Stock Market this morning. It is reported that the company lost 5 billion dollars in net worth in seconds. You can imagine how happy this is making so many Trump supporters world wide.

But in Congress, the Democrat Party is moving to full Marxist ERASURE OF MEMORY.

Lawmaker to unveil bill ensuring nothing — "no airport, no highway, no school" — is named after Trump https://t.co/wx7xnibK3b pic.twitter.com/tyMUynEVhc

The concept of Damnatio memoriae was invented by the Egyptian Pharaohs. It consists in removing names of previous rulers from monuments.