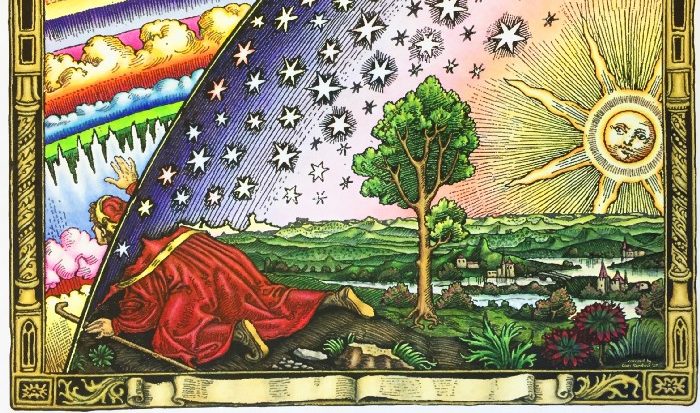 Observations on the Influence of the Occult in Traditional Catholic Discourse

Part I: Valentin Tomberg and His Progeny

I read a very peculiar book recently: Cor Jesu Sacratissimum: From Secularism and the New Age to Christendom Renewed, a semi-autobiographical work in which the author, Roger Buck, chronicles his conversion to Catholicism from the New Age spiritual movement and issues a stirring cri de coeur for a return to Catholic Tradition. Like his earlier book, The Gentle Traditionalist, which Buck describes retrospectively as “the ‘comic-book’ version of this much bigger, more in-depth work,” Cor Jesu Sacratissimum was received to considerable acclaim amongst traditional Catholics upon its release in December 2016.

“Roger Buck has done a great service to the Church,” wrote Dr Joseph Shaw on the popular blog Rorate Caeli, a website generally regarded as the authoritative voice of Tradition in the Catholic blogosphere. “Buck is one of the very few authors writing today who grasps the intimate connection between Catholic faith and Catholic culture,” added Thomas Storck, arguably the Anglophone world’s foremost exponent of traditional Catholic Social Teaching, who commended Cor Jesu Sacratissimum for offering American readers “the possibility of an escape from the prison of the dreary intellectual and spiritual world of Protestant culture.” Traditionalist Catholic author Charles A. Coulombe also joined the chorus of praise, calling it an “elegant feast of a book” that “expertly skewers the modern world, with its twin horrors of arrogant materialism and non-specific ‘spirituality’.”

Rave reviews for The Gentle Traditionalist and its sequel, The Gentle Traditionalist Returns, likewise flowed from the pen of Dr Peter Kwasniewski, who even went so far as to include Cor Jesu Sacratissumum alongside Ludwig Ott’s Fundamentals of Catholic Dogma and the Catechism of the Council of Trent on his list of eight “recommended books for study” published at LifeSiteNews, another site widely read by Catholics of a traditionalist bent. Buck’s popularity with traditional Catholics is further evidenced by the fact that his corpus, including Cor Jesu Sacratissimum, is available for purchase from the online bookshops of the UK’s Latin Mass Society (LMS) and the traditional Benedictine community of Silverstream Priory in Ireland.

I call this book “very peculiar” for two reasons. The first is to be found in its Acknowledgements, which conclude in this way:

“And there remain two deceased authors, Valentin Tomberg and Hilaire Belloc, to whom this book is, above all, indebted… Both Belloc’s and Tomberg’s writings guide and inspire me like no other. This is so much the case that, although I never met them in this world, I can scarcely think to omit them from this list of my dearest friends, family, and supporters.”[1]

Belloc, of course, needs no introduction, but readers are unlikely to be familiar with Tomberg, whom Buck credits with having “guided me, not only to the Church, but, with every passing year, ever more deeply to traditional Catholicism.”[2] Buck is so enamoured of Tomberg, in fact, that he even had a passage from his magnum opus read at his wedding.[3]

What is this magnum opus of Tomberg’s? It is Meditations on the Tarot: A Journey into Christian Hermeticism, first published (anonymously) in 1980. This is the book that Buck hails as “a work of moral genius — the lifetime’s fruit of an elderly man who demonstrably achieved the most lucid thinking combined with the warmest of hearts. A 600-page tour de force, it features an astonishing synthesis of theology, philosophy, history, politics, psychology, science — and indeed matters of a more esoteric nature.”[4] Indeed.

Valentin Tomberg, who died in 1973 (his Meditations were published posthumously), was a Russian occultist and magician who, in his later years, was received into the Catholic Church. It was during this latter period of his life that he authored Meditations on the Tarot. The late Hamilton Reed Armstrong, writing in the Catholic journal Christian Order, offers the following summary of this bizarre tome: