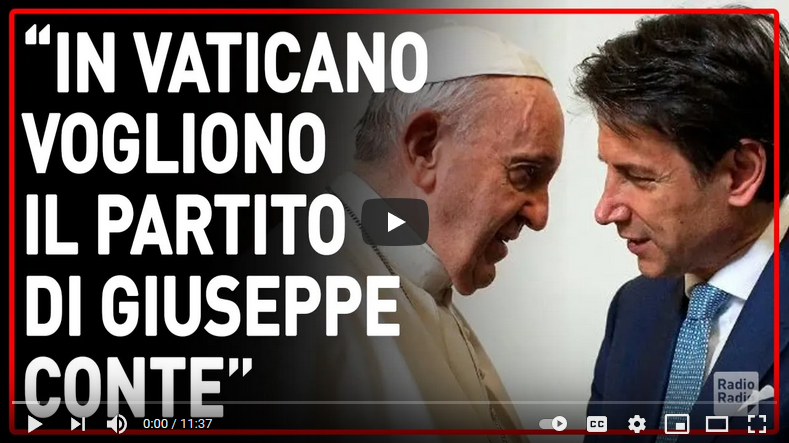 The Italian government is in crisis. The former PM, Matteo Renzi called for a vote of no confidence. Yesterday, the government of Giuseppe Conte sustained a vote of confidence in the Camera with 9 extra votes over a simply majority.

Today, the vote goes to the Senate, where Conte’s majority only had a 3 vote margin. With the loss of Matteo Renzi, a senator for life, the question is a live one. There is much advantage to everyone to getting rid of Conte, because now that the EU has given Italy 450 billion, there are many who want to be those who decide how it is spent.

Conte is particularly hated in the Senate, because he has begun to rule as a dictator and shown that he does not even care what the Parliament thinks before he decrees more ordinances. Since Conte is not a Senator or a member of the Camera, but someone who was never elected, his rise to power out of no where and his dictatorial form of government is particularly offensive to those who made it a career to arrive in the Senate.

The desperation and risk for the Globalists to lose Conte is being felt in the extreme at the Vatican, where the Secretary of State is making numerous phone calls to Italian Senators to urge them to vote to maintain the Freemason Conte in power.

Conte has let all the Mafia out of prison and is importing illegals as fast as he can to replace the Italian people with Muslims and those who will vote for any dictator like himself. For the Vatican, historic center of western civilization, the support of Conte in this last hour shows the extremity of the diabolic spirit which now resides there.

It is already clear to anyone who wants to see it, that Pope Benedict XVI is imprisoned in the hands of extremely evil men, who are not in communion with the Catholic Church in anything but names and liturgical vestments.

As our Lady of Fatima said: Rome will lose the faith and become the seat of the Antichrist.  If Bergoglio is not him, he certainly is the one building his throne.