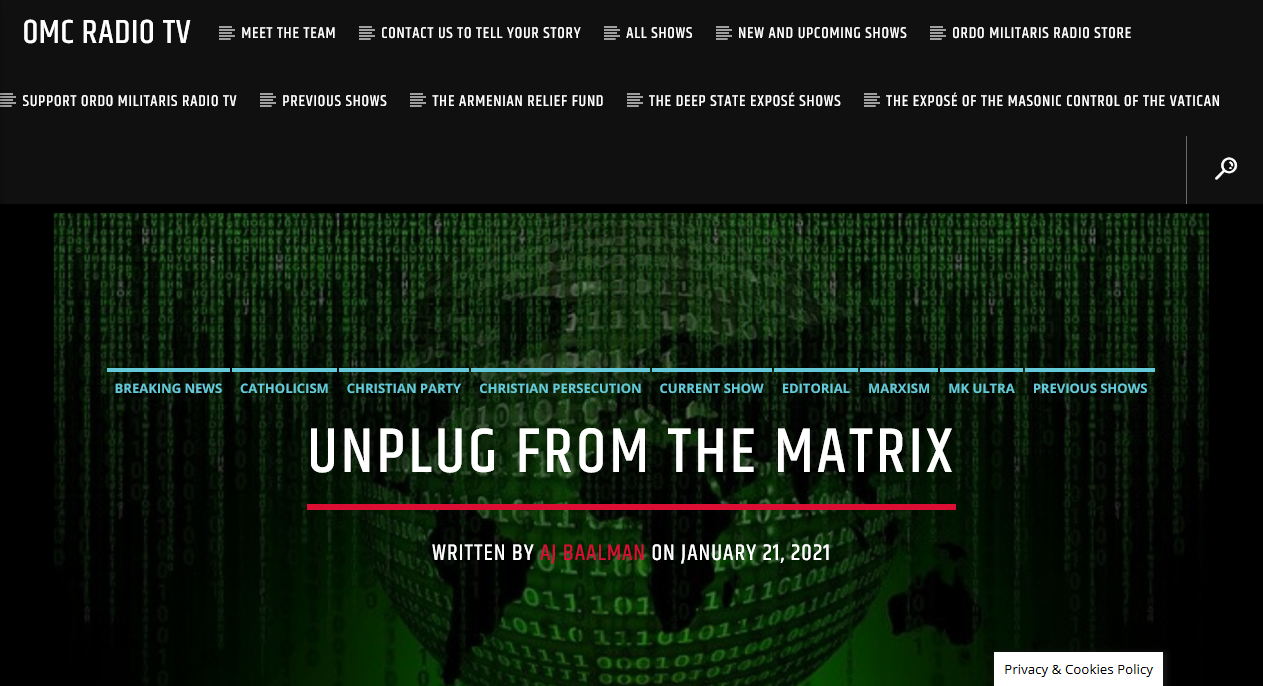 Big League Politics is rushing to do what they can to keep Americans enslaved to the NWO, with an article entitled, “President Trump Contemplates Ditching the GOP, Staring new ‘Patriot Party’ to Put America First”. (Click image above to read the article).

The title seems enticing. But it is just another big fat lie.

That is right, there are several Patriot Parties, and not all of them are political parties. And there is absolutely no evidence Trump has anything to do with them.

First, there is the Patriot Party, headquartered in Florida, founded in 2018 and with two registered trade marks for the name, “Patriot Party”. It was founded it appears by Donald Magyar of Winter Springs, Florida. One trade mark is for party membership, the other is for the sale of goods and services in relation to that. He actually registered the name in March of 2006, but that registration was superseded by his 2018 filing. He even has a Linkedin page, which seems never to have been used. His party seems to have a few members in Winter Haven, but that it is. There is no evidence that it is associated with the symbol of a Lion.

Then there was the Patriots Party, of St. Petersburg, Florida, filed as a trade mark by the Tyson Street Partners, a NC corporation, but abandoned last spring.

Then, the final two rivals:  Gary L Stevens, of Dunlap, IL, who filed on December 23, 2020, for the trade mark, “Patriot Party”, and “The Patriot Party”, claimed by BOS4LLC of  Queen Creek, Arizona, who filed on Dec. 6, 2020, to sell hats and sweatshirts. This last one appears to be the group using the Lion and having opened social media accounts all over the USA in November and December. And this is the name which appears to being used fraudulently.

The AZ group, which is a merchandising effort, not a political party — as far as I can discover — appears to be the one which is being represented online (at least they are using their trade mark, “The Patriot Party”) by a group of Jewish political activists, mostly women, with support of members in Israel. They are highly pro Israel, which is why they seem to use the symbol of the Lion of Judah. They also use images of Julius Caesar establishing the Roman Empire, with the face of Donald Trump on Caesar. They are highly funded, experienced and organized. But they do not seem in any way to have anything to do with the Patriots of the American Revolution, with the United States, or with the culture, tradition or politics of the United States. — It would not be joke to suspect, that by “the Patriot Party”, they mean Israeli Patriot Party.

This is the group which is associated with a political satire social media operation using the name Catturd. In fact, it seems that Catturd launched the idea of the Patriot Party. I have found no evidence that Catturd is associated with the real Patriot Party of Florida, and having contacted the Party, they have admitted no relationship with any other group. In fact, the Florida Party appears to be associated with an effort to defend marriage from a humanistic religious point of view, and has nothing to do with Trump either.

Several individuals on social media have pointed out to this group that they are transgressing the trademark of the political party in Florida, but they seem not to care. In my book, that is Fraud. It is also fraud to present yourself as a political party, when you are only a merchandise operation.

I am not aware if anyone else using the name “Patriot Party” is aware that they are violating the trade mark of the Florida Political Party. As for Big League Politics: they should do their research before trying to launch something which belongs to someone else.

As for Trump, what kind of idiot would vote for a man who, when he won the presidency, surrendered!  Under what other conditions would he ever claim to win a second time?

Normally, one does not vote for a loser. And the worst kind of loser is one who wins but gives up to a real loser.

I think this tweet says everything, from a Christian point of view:

If Christian were so easily fooled by Trump , what chance do they have against the Anti-Christ?#Trump #civilwar2021 #Inauguration2021