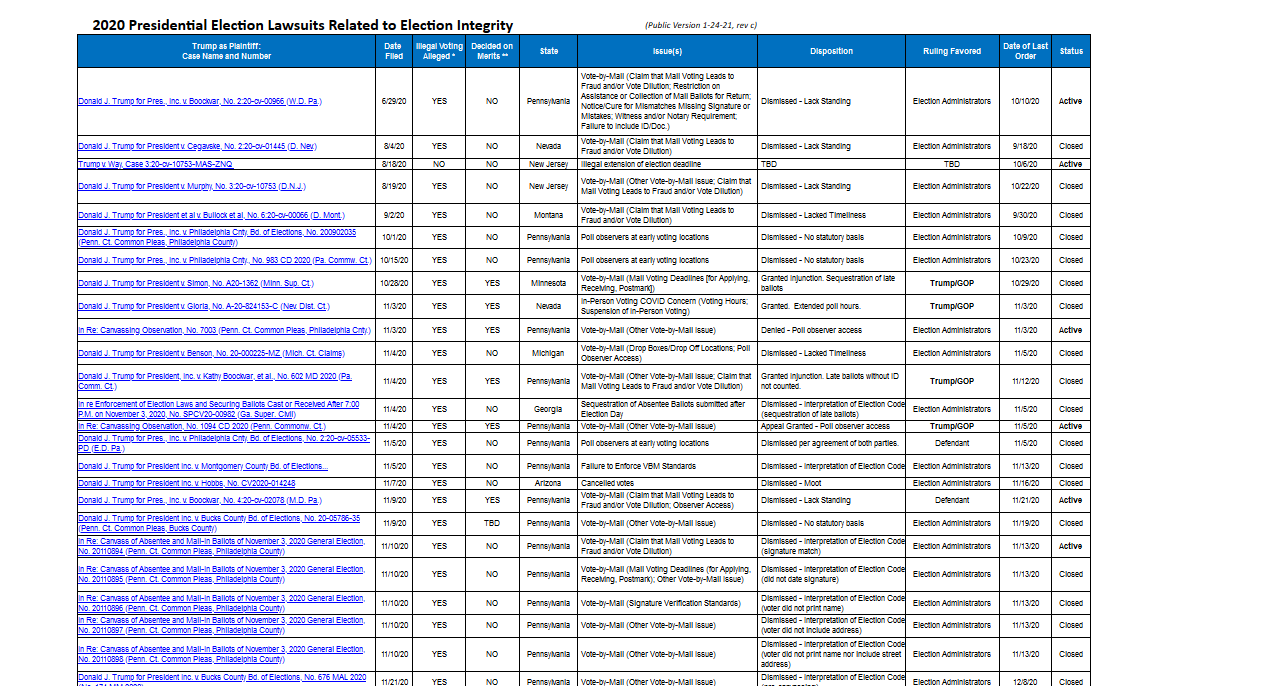 This handy list links to every one of the 81 legal cases brought to U.S. State and Federal Courts regarding the voter fraud in the 2020 U.S. Presidential Election. NONE OF WHICH has heretofore resulted in even one court allowing examination of the evidence.  This is documentary evidence that the United States of America is no longer a democracy but rather an oligarchy which chooses candidates according to secret back room meetings. (Click image to read the list).