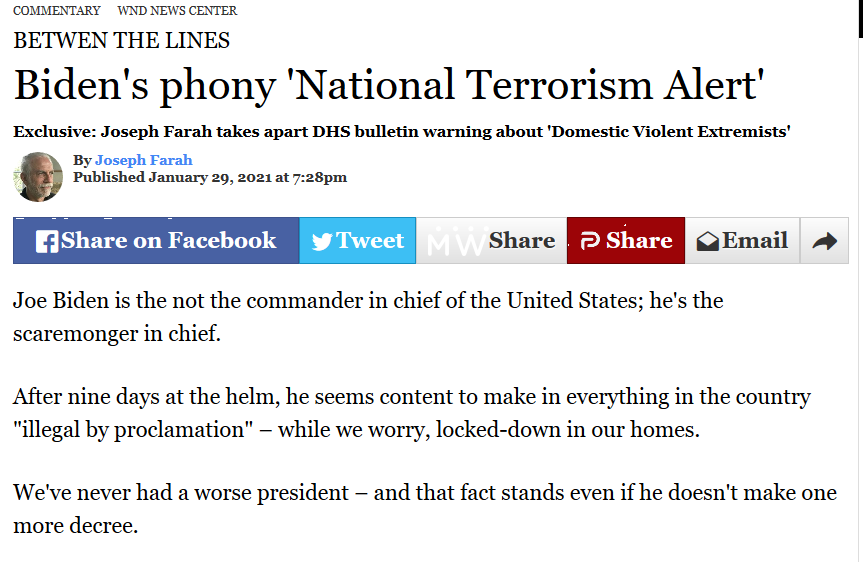 2 thoughts on “National Terrorism Alert: No one is more afraid of thieves than a thief!”