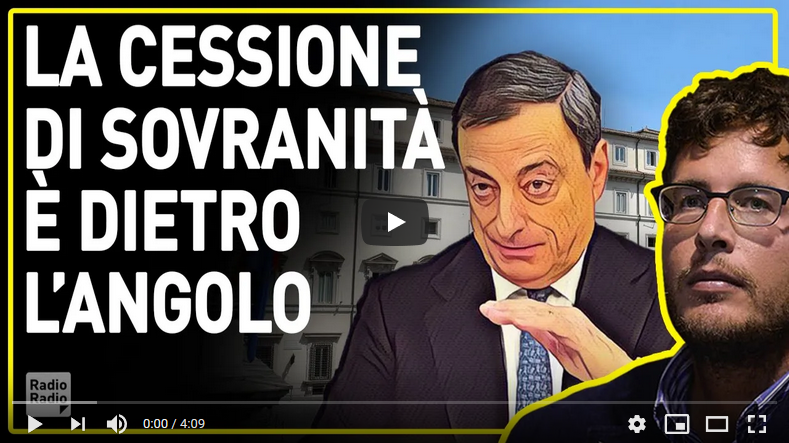 You know the real values of a many by the values of those who praise him. The world was warned of the falsehood and wickedness of Bergoglio in the first days of his usurpation, when the journalists from east to west, north to south praised him for doing nothing.

Likewise, Italians are now stunned with the proposal of putting in the government Draghi, a market economist allied with Freemasonry and the investing houses of London.

The forces against Christ have spoke to us of Democracy for more than 200 years, but what they meant by it was only tyranny. They insisted on voting when they had an outcome they manipulated, and now that that capacity is at risk, they insist on ending any popular participation in government.

They think they can outsmart history. But tyranny never ends well for tyrants, and the people, not them, always survive it. By such a move they are pushing the people to violent uncontrollable revolution, as Bl. Ann Catherine Emmerich foretold for those dark says of the future, which she saw in vision in 1822, in the time of two popes, a true one who was silent and lived in a small house, and an evil one who welcomed the idols of all pagans into a Church of Darkness.

One thought on “Draghi, to cancel Italian sovereignty before Italians take it back”