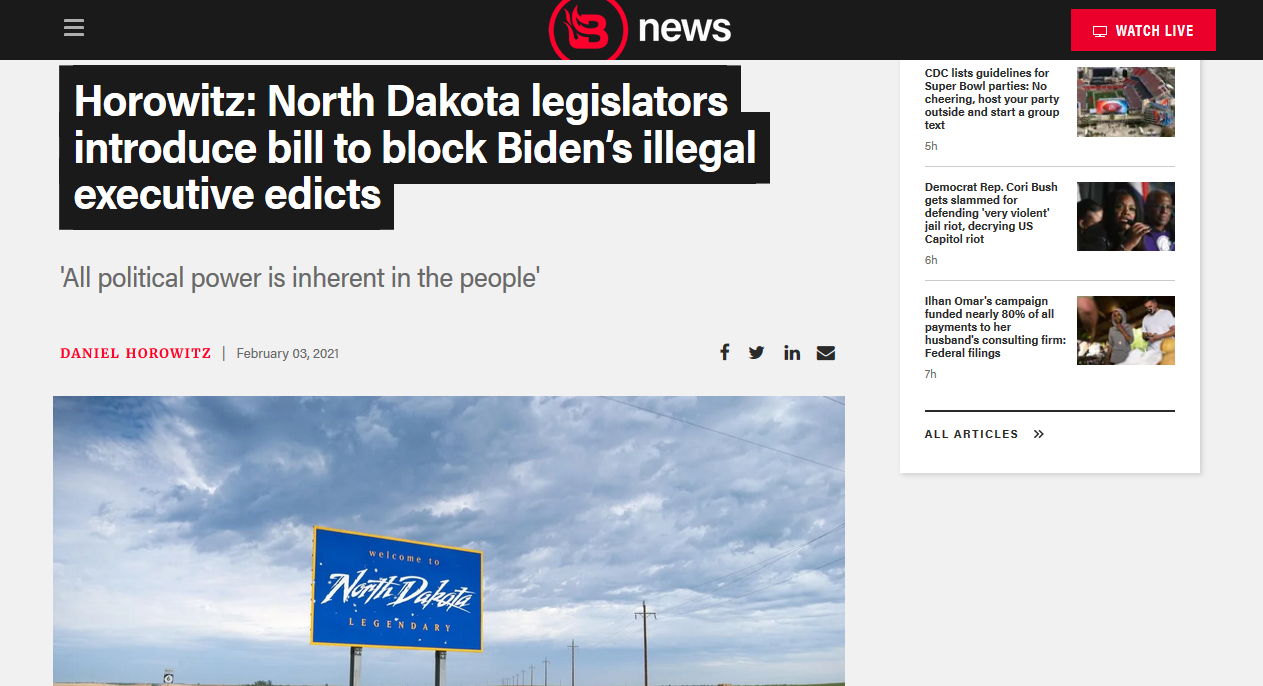 In response to FromRome.Info’s call that the US States affirm their right to nullification (see here), two U.S. State legislatures have introduced bills to establish a mechanism for habitual and continual surveillance of Federal Laws and Acts, both from the executive and legislative branches, and make them subject to the State’s right of nullification.

Nullification is a constitutional principle derived from the 10th Amendment whereby each sovereign state can declare inoperative, null or void any act of the Federal Government which transgresses inherent terms, articles, or concepts of the U.S. Constitution or its Amendments.

Both North Dakota and South Dakota voted overwhelmingly for President Donald Trump and joined the lawsuit with Texas, in the Supreme Court, against Michigan, Pennsylvania, Wisconsin, Georgia and Arizona.

The actions of North Dakota and South Dakota are expected to ripple across America providing a legal shield against the Marxist Usurpation by the Communist Party of China, through Biden, both of whom are beholden to the Rothschild’s branch of international Freemasonry.

If passed into law in the States, I expect a strong reaction from the Supreme Court in an attempt to strike them down — a thing which constitutionally the Court has no authority to do, and which if they attempt will precipitate an even more extreme constitutional crisis in the United States of America.

Click the images to read the news about both states’ actions.