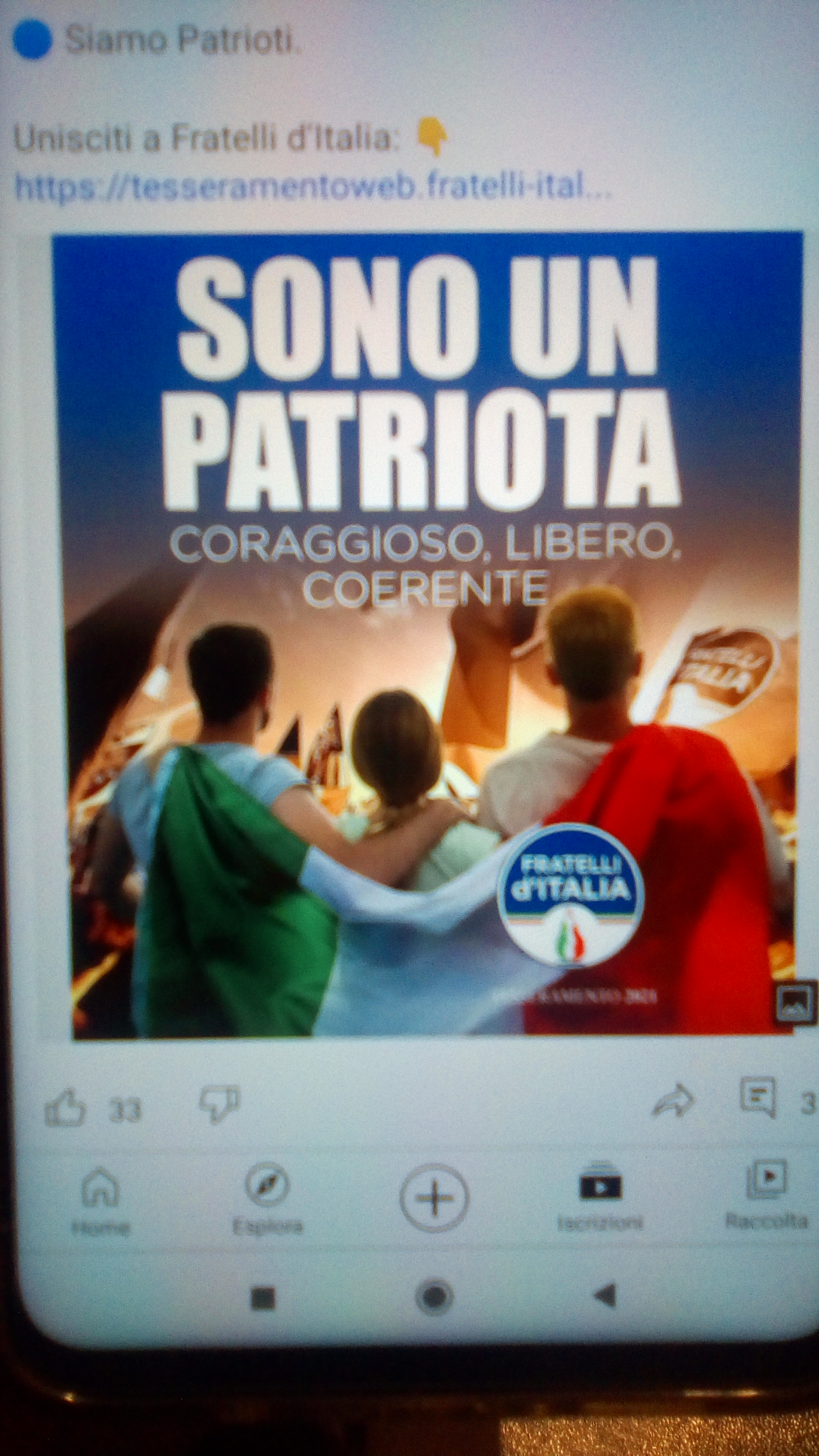 This image was contained in a post by Fratelli d’Italia’s official YouTube channel, and it contained a link to their 2021 membership drive. The phrase in Italian means, “I am a patriot, courageous, free and coherent”.

For those who are not familiar with how to read a subliminal message, here is the translation.

The juxtaposition of 2 men and a woman, with one man embracing the woman, teaches the first statement. But the flag uniting the two men teaches the second.

The message is reinforced by the word, “Patriota”, which is the Italian word for “patriot”, which is both masculine and feminine in gender, but has the feminine from of a final -a. It is followed by the Italian words “corragioso, libero, coerente”, which mean “courageous”, “free”, “coherent”, respectively, the first two of which are in the masculine gender and the last could be either feminine or masculine. Three words, to match three persons show in the subliminal.  Coherent, is from the Latin which means to cleave together. And that completes the full subliminal message.

The Fratelli d’Italia party is popularly held to be a Masonic Party. It is lead by Giorgia Melloni and includes the grand daughter of Benito Mussolini. Its name is taken from the opening lines of the Italian national anthem. It is the only party which was not included in the new government of Mario Draghi.