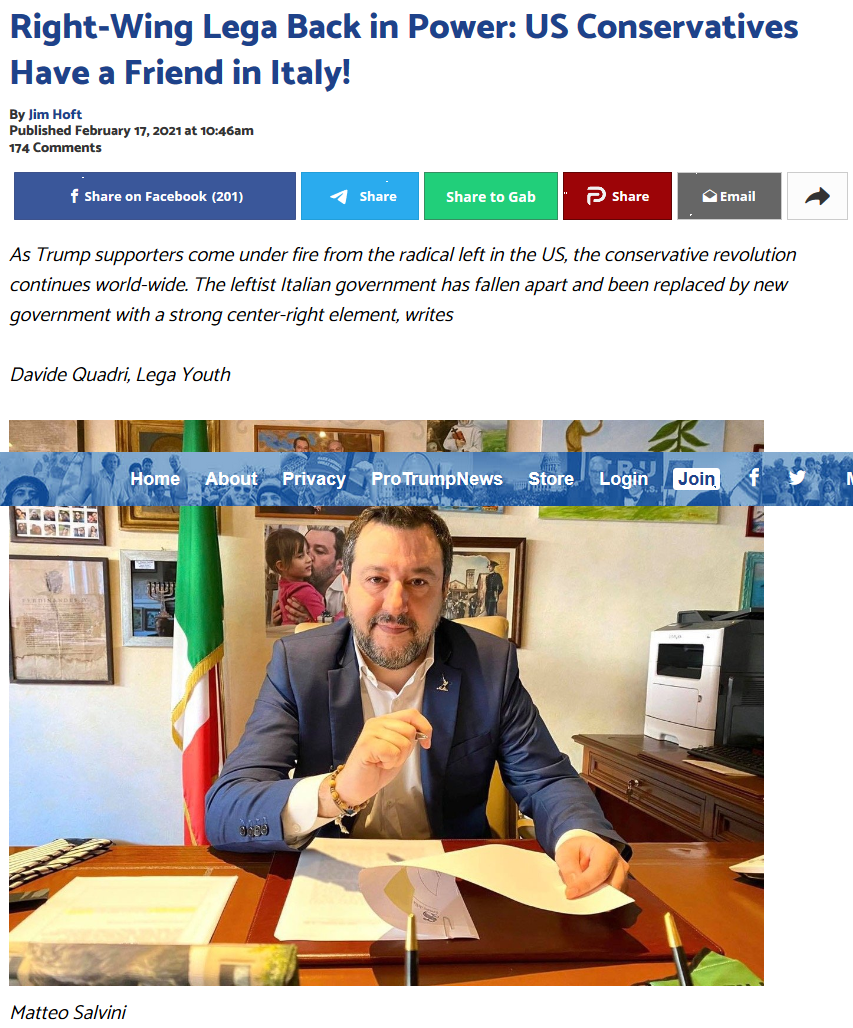 Gateway Pundit, the publisher of the above article — click image to read article by Davide Quadri — is an influential news outlet published from St. Louis, Missouri, USA. Its leading director is a man who is married to another man, but who professes to be a conservative.

That Gateway Pundit is claiming now that the Lega’s return to participation in the Draghi government is a sign of friendship for Americans is far from the truth.

While it is true that Draghi is a former European CEO for Goldman Sachs, the former employer of Stephen Bannon, it is quite false to say that anyone in the Draghi government is a conservative.

In fact, Matteo Salvini and his Lega Party are even more extreme supporters of the Pandemic than the Marxists and 5 Star Party.

Matteo Salvini’s current girlfriend is the daughter of a famous and powerful Freemason.

I think that is what Gateway Pundit means to say.

However, I put everyone on notice, that the American people are not masonic and despite the lodge and the scamdemic.