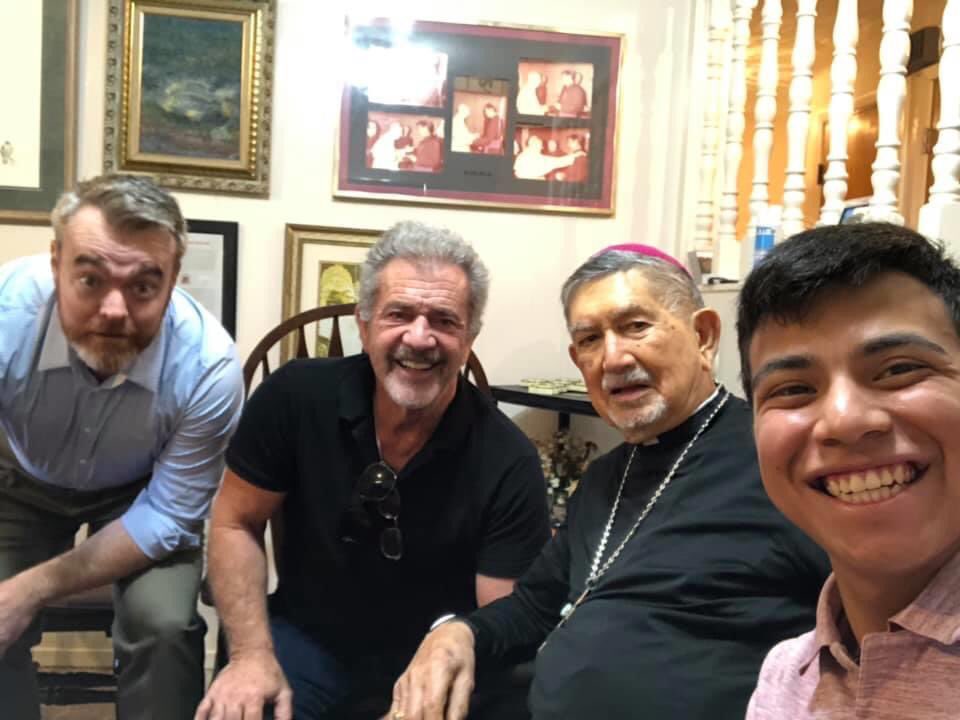 The article opened with a statement of fact kind of assertion:

Retired Corpus Christi Bishop René Gracida, 97, Texas, believes that Francis is “not a bishop, not a Catholic and not a Pope” (Abyssum.org, January 13).

Gracida now openly embraces sedevacantism, the theory that Pius XII (+1958) was the last pope implying that after him the Church ended. For Gracida, John XXIII started a “false church,” and he and all his successors were impostors.

The problem with the article is that its claim could not be more false.

Bishop Gracida is an ardent and life long opponent of Sedevacantism.

I asked Bishop Gracida personally to comment on the article by Gloria.TV. Here are his exact words:

I consider it a hit piece. Anything you can publish which will assert the fact that you and I are in agreement with regard to the invalidity of Pope Benedict ‘resignation” and that I am certainly not a sedevancantist.

Understand “I give permission to”, before “Anything”.

Evidently the author of the article at Gloria.TV cannot even read, because the article at Bishop Gracida’s blog, entitled, “Jorge Bergoglio: 3 things he is not” — which En.News did not even link to, was the reprint of a letter recounting the argument of Sedevacantists, by 3rd  parties and was not written by Bishop Gracida, but bore the name and email address of Jason Fabaz — an Insurance Agent at St. Mary’s Kansas, and former Marketing Director of the Romanitas Magazine published by the SSPX —  as was evident from the fact that his email was printed clearly printed twice at the top of the letter (as is commonly had in email formatting), as the source and recipient of the letter. (You can read the letter at archive.org).

Because of his poor eyesight, he also often posts on his blog articles he wants to keep or archive, since in his browser he can expand the type face to make the letters visible. Readers of his blog know of this, if they are attentive and constant.

The letter in question is not even a complete argument, but the summation of points of Church teaching which might be used to sustain the entitled thesis. The argumentation is not even in the style of Bishop Gracida, but is clearly taken from other sources of those schooled in Sedevacantism.

If as En.News at Gloria.TV supposes, any republication of error is conscious assent or support of error, then we would have to class St. Thomas Aquinas as a Muslim on account of his refutation of the religion of Muhammad, if he had ever happened to take notes from the Koran and share them in correspondence.

But the real reason Gloria.TV attacks Bishop Gracida is that he is the only Bishop in the Church who has unflinchingly sustained for 8 years that the renunciation of Pope Benedict XVI was doubtful, whereas Gloria.TV sustains the opposition position, seeing that the Ordinary of the priest who founded Gloria.TV himself holds that Bergoglio is the Pope.

Many users at Gloria.TV hold the unsustainable position rebutted by all Catholics and sedevacantists, that a pertinacious heretic can hold an office in the Church. Indeed, the Code of Canon Law of 1983, promulgated by Pope John Paul II, in Canon 1364 in fact teaches that heretics are excommunicated ipso facto . But Catholics differ from Sedevacantists, in two things: our founder was not a pedophile, and we do not hold that private individuals can arrogate to themselves the right of emitting juridical judgements in the Church. Indeed, in the Catholic Church, heretics are publicly declared outside of the Church after reproof, and only when ordinary or extraordinary authority intervenes, that is by their ordinary bishop, or by the Pope, or by local or general councils. — However, this does not mean that in grave matters, that private individuals in public can not denounce others as heretics, for heresy. Such charges should be well founded to avoid the sins of calumny and defamation and the civil and canonical crime of damaging the reputation of another. — But obviously, such private denunciations do not make someone outside of the Church in a juridical sense. Only Bishops, Pope and councils can do that.

Holding that Benedict XVI is the one true valid pope, is not sedevacantism nor does it lead to sedevantist positions. Sedevacantists hold that there is no valid pope.

Rather those who hold that the renunciation of Benedict is valid and that Bergoglio was validly or not validly elected are the ones who are arriving at sedevacantist positions, because they hold that Bergoglio on account of his public manifest heresies has lost his office.

FromRome.Info has reached out to Mr. Fabaz for comment, and he has confirmed that the contents of the letter were penned by himself.

CREDITS: A photo of Bishop Gracida with Mel Gibson, who met with Bishop Gracida after attending a conference with him. Like a man of God should in the footsteps of Christ Our Lord, Bishop Gracida meets with sinners of all kinds, who seek his counsel. Only Pharisees called our Lord a sinner and unclean for doing so. This photo is copyrighted and used with permission by FromRome.Info.