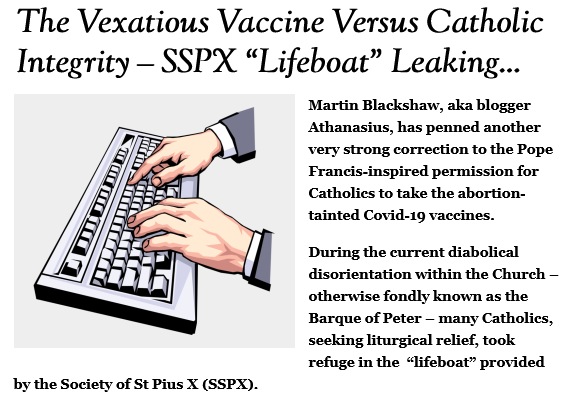 This is a great article about the superficial problem, which Ordo Militaris Radio TV has already confronted on more fundamental issues, namely that the SSPX and the St. Gallen Mafia seem to have been puppeteered by the same hands.

And so, I think the time has come for a public call to the SSPX leadership to name the names of the Big Money in Eastern Switzerland which has promoted, bought and controlled the SSPX at the highest levels during the last 50 years.  Until those names are named, then I think the laity can not be faulted in thinking or suspecting that the SSPX is deep down something quite unlike what they publicly present themselves to be.

7 thoughts on “Laity notice that SSPX has joined with Mafia of St. Gallen in approving the Vaxx”