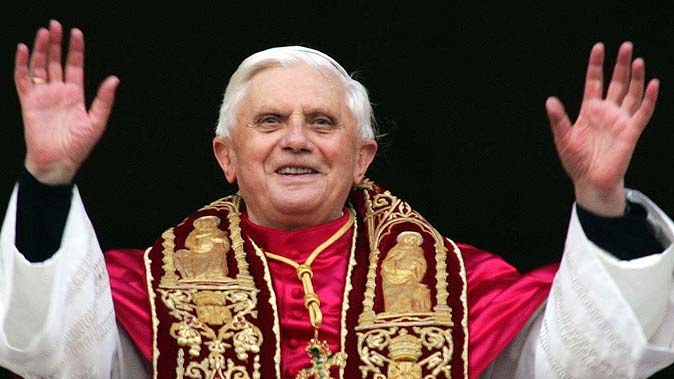 Canon212.com, the leading dailly news aggregator in the English speaking world, for news about the Catholic Church, has launched an online poll on the most important and pressing question in the Catholic Church:  Who is the pope?

Frank Walker, the editor of the site, is an intrepid observer and commentator on all things happening in the Church, and publishes not only a daily list to the most noteworthy news stories, but also a daily video commentary on YouTube and Rumble.

As of 7 AM Rome Time, March 2, 2021, the Poll was garnering 70% for Pope Benedict XVI and only 10% for Bergoglio, in an amazing outpouring of the sensus fidelium.

The publication of this poll follows news that the Corriera della Sera manufactured, namely that Pope Benedict XVI claims that Bergoglio is the pope.  However, the actual text report of the interview contains no such phrase attributed within quotes of Pope Benedict.

Here in Italy rumours are flying of a video of Pope Benedict saying, “There is only one pope”, while patting himself on the arm, in an evident Italian gesture which means, “And it is me!”,

Due to the controversial nature of this Poll, FromRome.Info predicts that it will go viral. For this reason, we will keep our readers updated with the latest results and press releases on this poll.

You can vote online, here.