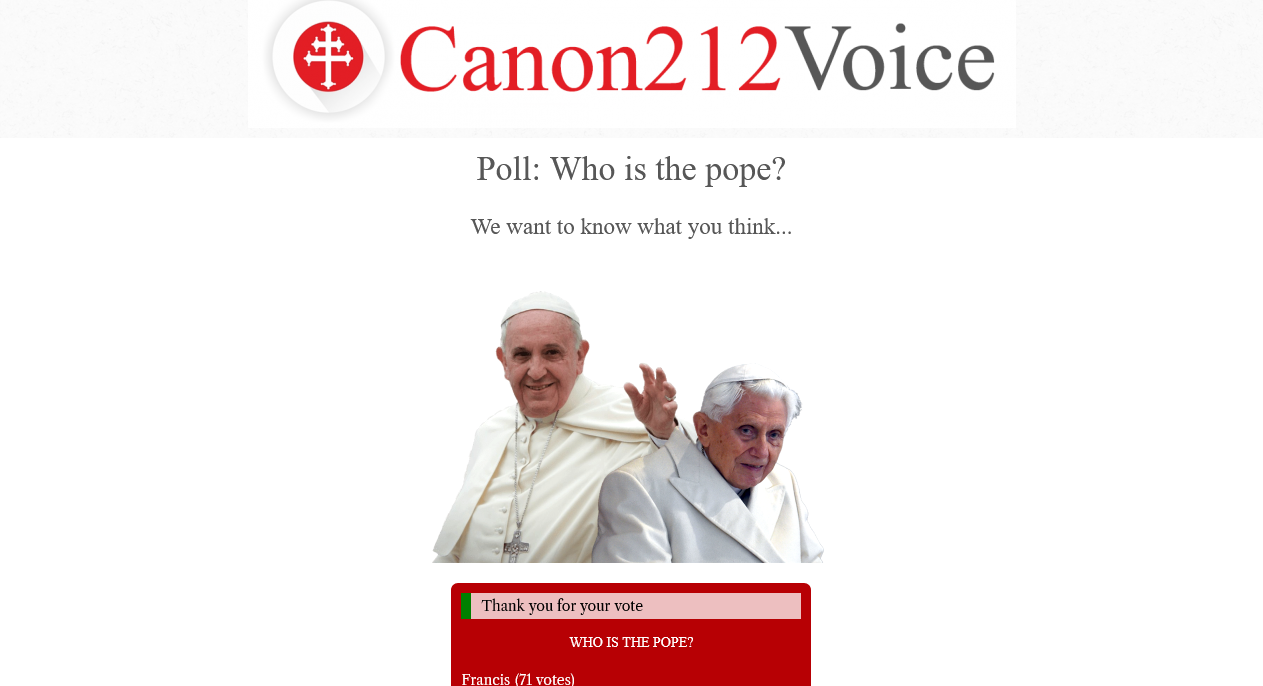 Father Z, who having seen the results in the first hours was concerned that a wider sample vote, commented here on the final results. It does seem from his approved commentators, that they are all in with Bergoglio.

From rubrical excellency and admiration of latinity, to utter nonsensicalness. You cannot put a fig leaf over it. -- The Gladio-Right Bergoglio-all-or-nothing crowd have lost control of the narrative! -- Praise be to God!

Meanwhile the SSPX in Italy, in the midst of the explosive relevations from the fake interview and poll, ran an article about Bergoglio’s new vinyeard — I kid you not! — See here.

A sad day for the traddie crowd indeed. Now they can get back to saying the Tridentine Mass in communion with the Idolater, Heretic and Apostate Extraordinaire. — Oh the laughs in Hell! To have the Mass of the Ages become the Liturgy of Satan.

As for the truth, it seemed to very much be losing, but it has gone from win to win and is on a run.

Benedict is the true pope and the anti-Trump.*

* Trump is a life long ally of the Skull and Bones Masonic Lodge, and went from always wining to losing the Presidency: well at least he conceded as a loser. But Pope Benedict XVI’s cause is the cause of God, so the Holy Spirit is behind him, against all the Lodges of the world.

2 thoughts on “Poll: Nearly 60% of Catholics say Benedict XVI is the true Pope!”