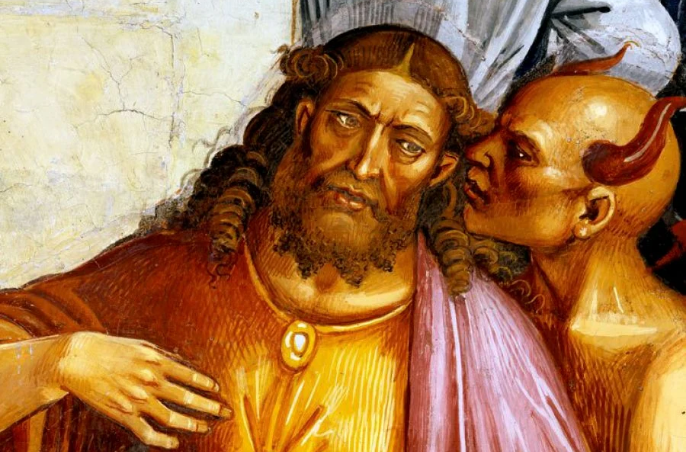 As an anthropologist, I often reflect on what is going on from a point of view which looks how structures are being transformed according to new and old models.

One such observation makes it appear to me that the State is becoming a Church and the Church is becoming that which should be subordinated to the Church, a sort of weak State.

We have world leaders deciding what we can and cannot do, what our human nature is capable or not capable of, what social activities are morally licit and not.  The Television is becoming the unquestionable pulpit, and political leaders the infallible pontiffs.

World leaders are taking on theological categories, like Obama are called Messiahs, and those like Trump are called holy and immaculate, or demonic and hellish.

While Church leaders have abandoned preaching the Gospel and now write letters and give speeches which sound eerily identical to what politicians would have said a generation ago.

But both this new church and new state are united, in an inverted manner to the Church and State in the Middle Ages.  Now they serve an order which denies God the Father, the Creator, persecutes those who believe in God the Son, Jesus Christ, and wants you to think that their initiatives are better than inspirations of God the Giver of Life, the Holy Spirit.

The CoronaVirus is the new anti-Gospel, the Vaccine the anti-Sacrament.

It is thus, that in the last year, in particular, that we have entered into the Age of the Antichrist.  We have only to wait for these his disciples to announce his advent, which, I have do doubt, will be considered a national festival and holy day, complete with public festivities and processions.

We for our part need to stop studying their Catechisms (Covid Response) and start denying and preaching against their completely false and inverted religion of superstition, fear and hate.