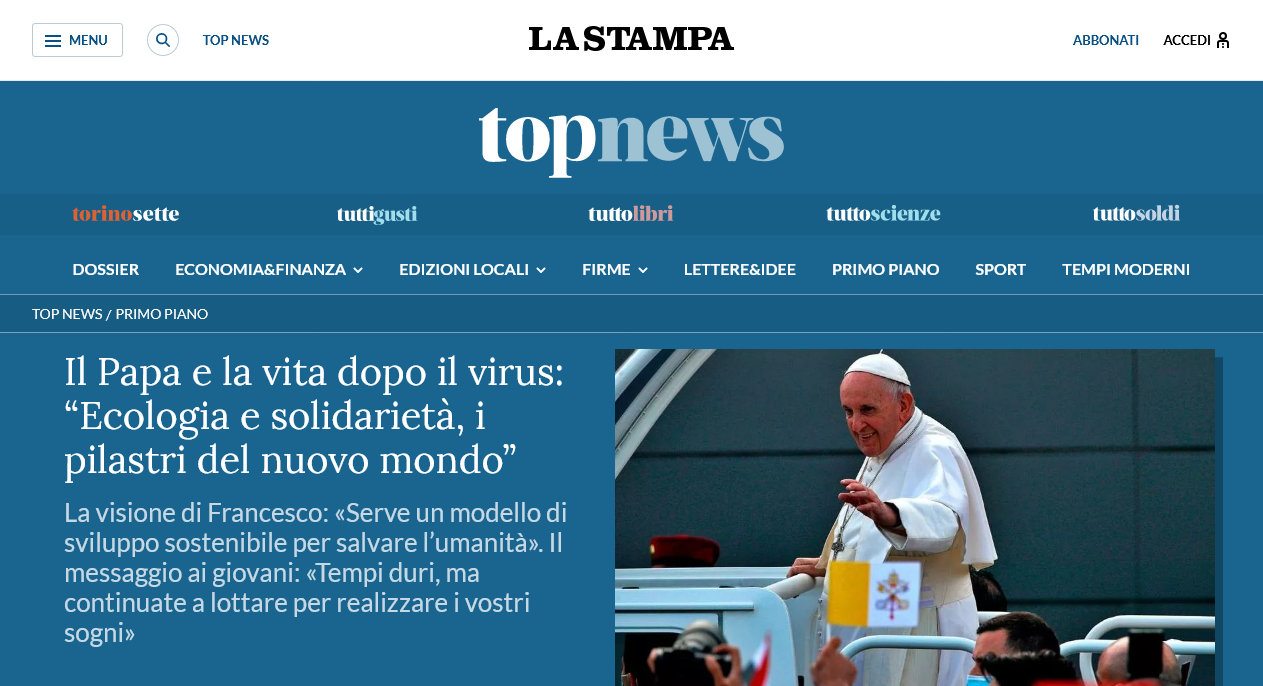 There is nothing more eloquent to condemn a man than the words from his own mouth: in this case, I speak of the anti-Pope Jorge Mario Bergoglio in his interview published by the Italian newspaper, La Stampa, yesterday, March 14, 2021:

Here are his exact words, first in Italian, then in English translation:

With what mindset should we confront (the Pandemic)?

“What is happening can awaken everyone. It is time to remove social injustice and marginalization. If we seize the trial as an opportunity, we can prepare for tomorrow under the banner of human brotherhood, to which there is no alternative, because without an overall vision there will be no future for anyone. By putting this lesson to good use, the leaders of nations, together with those with social responsibilities, can guide the peoples of the Earth towards a more prosperous and fraternal future. The heads of state could talk to each other, confront each other more and agree on strategies. Let us all keep in mind that there is something worse than this crisis: the drama of wasting it. From a crisis one does not come out the same: either we come out better or we come out worse”.

With what attitude would we waste it?

“By closing in on ourselves. Instead, by building a new world order based on solidarity, studying innovative methods to eradicate arrogance, poverty and corruption, all together, each for his part, without delegating and deresponsibilization, we can heal injustice. Working to provide health care for all. Thus, by practicing and demonstrating cohesion, we can rise again.”

If you are a reader of FromRome.Info this discourse of Bergoglio should not surprise you, since you know that he was installed by the Freemasons in the USA, spouts chiefly the ideology of the Rockefeller Eugenic movement, and was installed in a coup d’etat which is ongoing. You also know that he is not the Pope but a NWO puppet, and that the real pope, His Holiness Benedict XVI, has been imprisoned in the Vatican in broad daylight by careful censorship of all his mail and personal contacts.

Would to God that an army of crusaders arise to liberate the Holy Father! After 8 years, it is shameful that no Catholic prince has taken any action.

8 thoughts on “Bergoglio says only by embracing the NWO can injustice be healed!”