Heaven is in a chuckle this morning here at Rome, as Breitbart reports that Joe Biden in the United States of America has called his Vice President, “President”.

Click the image below to read the entire story. 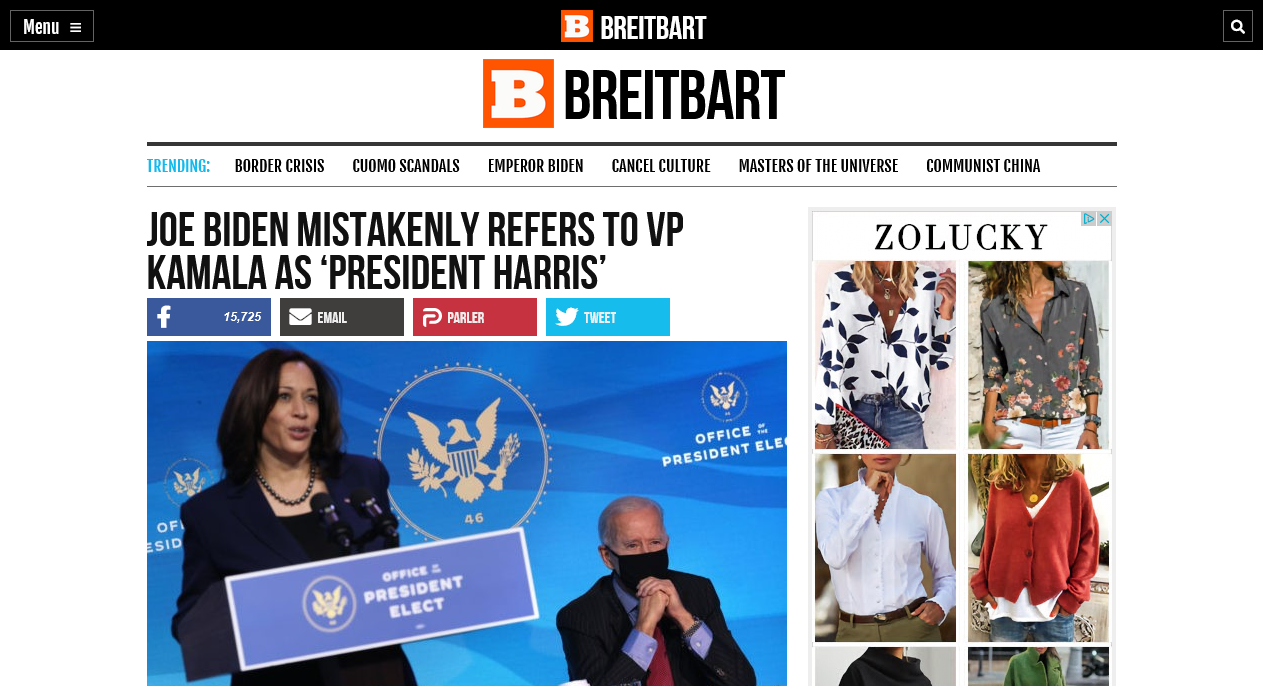 FromRome.Info would like to ask EWTN, LifeSite News and the National Catholic Register, among others, if this means that Kamal Harris now the President.

Because if an alleged interview, in which Benedict claimed Bergoglio was the Pope, means that Bergoglio is the Pope, then, Harris by the same rules of illogic should be the President.

The truth is that both Biden and Bergoglio are usurpers, and in the case of Benedict, he never said such a thing, as the Italian Press has confirmed.

So God and his faithful servants here at Rome are laughing, this morning, because His enemies have by this lapsus linguae been shown to be defenders of lies.