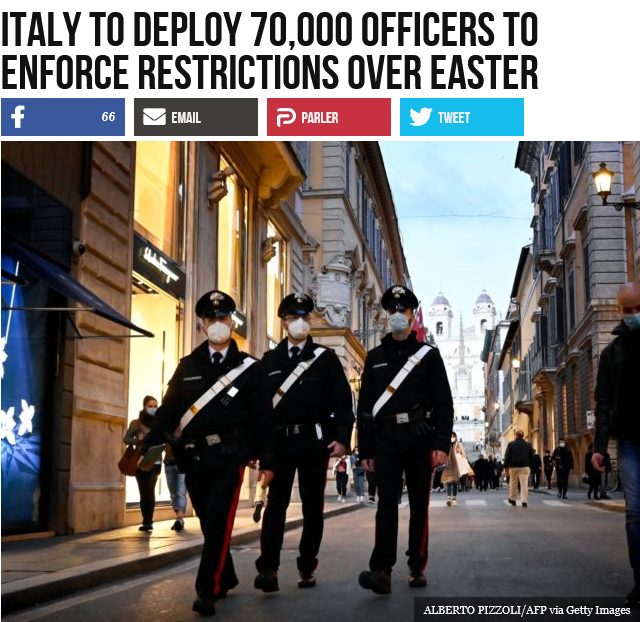 Click the image to read the story at Breitbart.

However, FromRome.info can report that this is mostly a last vain attempt of the Globalists to push the Scamdemic. Police are not ticketing anyone, just asking for a paper with an excuse for traveling. So it is a toothless tiger.

I still go out every day and to whatever I want and no one stops me. I will continue to do so. The armed forces obey the government by going out, but not by enforcing the lockdown measures with zeal.  After all, they cannot arrest everyone.

And it is now obvious, by this 3 day measure designed expressly to suppress Easter, that the government has no interest in a Pandemic but every interest in suppressing Christianity. And that does not sit well with Italian armed forces, which though they are not particularly devout, all have some relative who is.

Dissent is growing among the armed forces. And now there are rumors that a military coup d’etat is being seriously considered in many quarters. Italians are fed up.